Enid Blyton fans, prepare for news that is sure to delight and induce waves of nostalgia: the beloved author’s?Famous Five characters are back?for a new’series, and this time they’re all grown up. Who could forget the (incredibly well behaved) team of youngsters as they got caught up in any amount of mischief? Theirs was a more simple time; kids could go off by themselves to expose an international smuggling ring without contravening child-protection laws. ?Presuming their childhood adventures wore thin, who among us hasn’t wondered what became of them in their adult years?

Thanks to a brilliant new spoof series, Enid Blyton for Grown-Ups, we get to find out. This time around, we’ll see Julian (?tall, strong and intelligent?), Dick (?cheeky but kind and dependable?), George (?a tomboy?), Anne (‘she likes doing the domestic things?) and Timmy the dog embark on a whole new set of adventures, befitting of our modern times; from hunting down the perfect gluten-free cream tea to giving up?booze and the “most perilous?challenge of all”: becoming parents. They also strive to make it through Dry January unscathed, and it’s rumoured?that the series will delve into diverse topics such as gender dysmorphia. 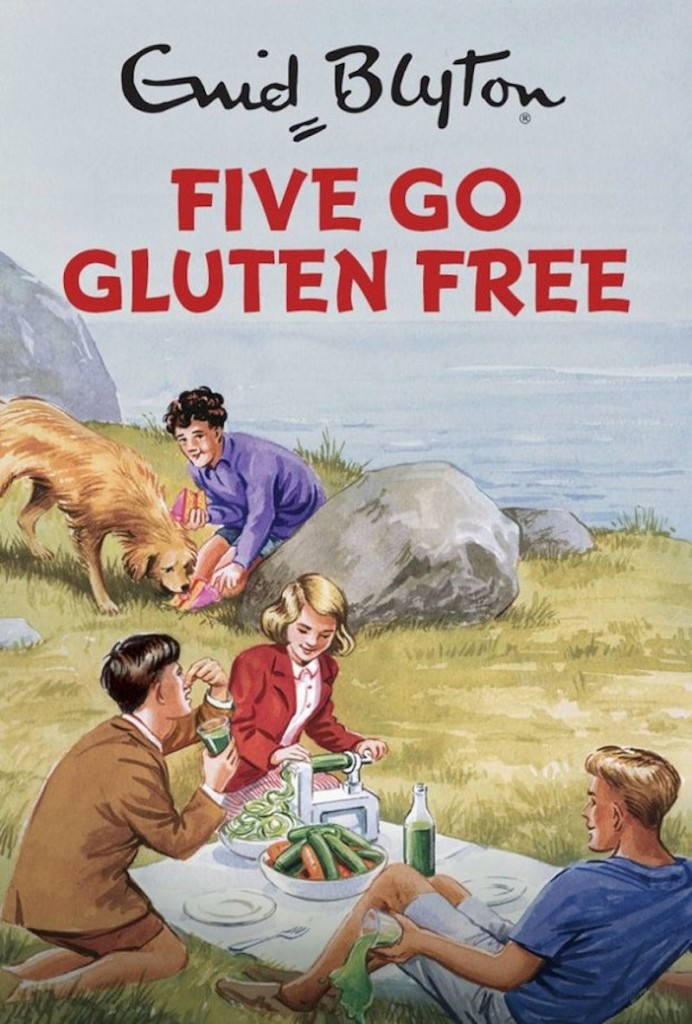 Despite Blyton’s status as one of the best-selling authors of all time?- the British author has sold over 600 million books worldwide, and her Famous Five books alone sell around two million copies every year ?- camps are divided when it comes to her work; avid fans would argue that she’dramatised the power relationship between the sexes in a way that children could understand, ensuring the stories were easy to read and accessible, whereas some schools and libraries have banned her books, calling them racist and sexist and the BBC refused to allow dramatisations of Blyton’s work go into production for almost?three decades.

The new series, comprised of four spoofs written by Bruno Vincent, will add to the collection of 21 books already published by Blyton – though they have nothing to do with her estate.

The publisher of the new spoof series, Quercus, said the books aim to “remind older readers of the unbreakable bond” between the gang of five while also “introducing newer readers to the spiffing time you can have with a few friends and a dog.”

And Anne McNeil, from Enid Blyton Entertainment, said: “We are certain Enid Blyton would have delighted in the gentle parody of her characters – characters which have helped to create a multi-million-selling global brand.”

We imagine the reworked versions – which follow in the footsteps of the hugely popular Ladybird books for Grown-Ups – will be spiffing.