Watching her come of age on film, we’ve all envied, loved and hoped to emulate Emma Watson’s grace, success and intellect. She has brought so many revered characters to life on screen, from the iconic Hermione to wildchild Sam in?The Perks Of Being A Wallflower, shown impeccable style and taken a powerful stance as a UN Ambassador and figurehead for the HeForShe campaign. In the current?Porter Magazine‘s 100 Incredible Women issue, she opens up about exactly what it was like to grow up under the glare of such an intense spotlight and how fashion has influenced her sense of self and helped her develop her own ideas on feminism.

Emma Watson has practically become a family member since she embodied (and some might say improved) Hermione in the first screen adaption of?Harry Potter And the Philosopher’s Stone in 2001.?Seven films and ten years later we were all a little devastated to say goodbye to our three favourite wizards but in a new interview the actress reveals?the difficulties she faced as a teenager getting to grips with simultaneously growing as a person and developing a character.

These issues of self-acceptance are ones that have crept up on many a child star and Emma confesses that she has not been immune to the anxieties and fears that come with being in the spotlight at such a young age.?”[I’ve]’spent more than half of my life pretending to be someone else.”, Watson confessed, “While my contemporaries were dying their hair and figuring out who they were, I was figuring out who Hermione was and how best to portray her.” 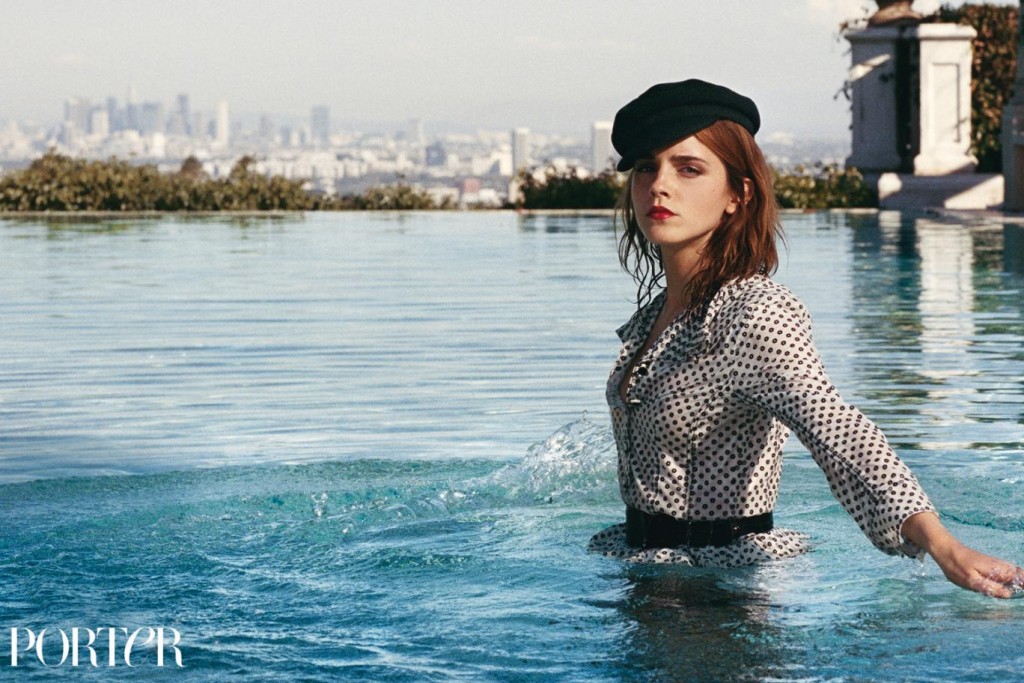 Whether it be in a fashion sense or her mindset, Watson has felt the pressures to change. When it came to red carpet looks Watson remembers being told “no pain no gain” and while scripting her now-famous HeForShe speech she was encouraged not to use the word ‘feminism’ for fear of alienating people. “But I thought long and hard and ultimately felt that it was just the right thing to do. If women are terrified to use the word, how on earth are men supposed to start using it?” Her speech to the U.N. can ?rightly be credited for reviving the debate as to why feminism is considered a dirty word and encouraging both men and women to call themselves feminist.

Now in her mid-twenties, Emma finally feels she has become comfortable with who she is as an individual. “I actually do have things that I want to say and I want to be my most authentic self” she proclaims. “I’m very interested in truth, in finding ways to be messy and unsure and flawed and incredible and great and my fullest self, all wrapped into one.”

She has also found that this has become intrinsically linked with how she views fashion. She has decided to take a conscious’stance to only dress for herself. “I want to feel fabulous and comfortable and sexy and strong and beautiful. And if it’s making you uncomfortable, don’t do it. It’s so sad if you need to go home just because you need to sit down! Moving forward, I’m prioritising just feeling awesome.” This is a refreshingly honest, insightful view of how women should view fashion and themselves, “I think using fashion as a means of expression is brilliant”. 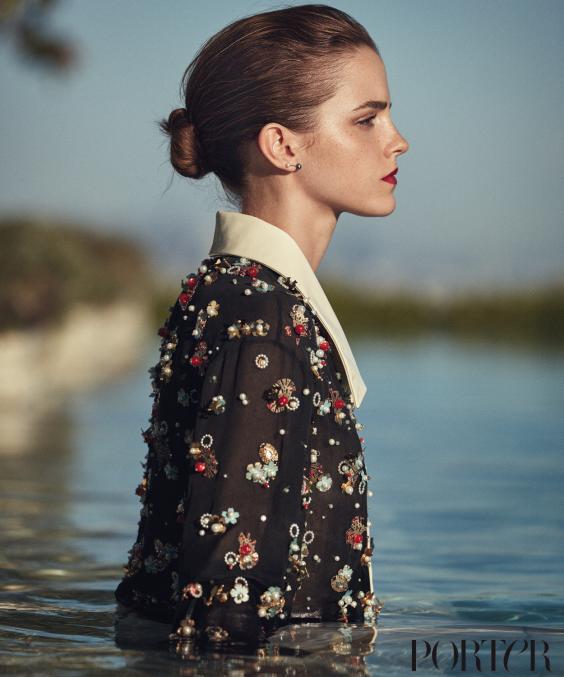 Emma also talks about how closely linked fashion and feminism are for her. “One of the ways I became a UN Women Goodwill Ambassador was through my interest in fair-trade fashion. Because so many women design and make the clothes we wear, it’s primarily the working conditions of women that are affected by the decisions we make, so fashion is a feminist issue.”

With such impassioned and intelligent words, a world-renowned acting talent and a sincere interest in philanthropy, ?”incredible woman” seems like a most-apt title for her. Plus she names Emma Thompson as her role model for authenticity and we do love Emma Thompson.

Via The Evening Standard