Is there anything that Ellie Goulding can’t do? From being the matchmaker we all want in our lives, writing unashamedly catchy pop tunes (we don’t mind loving ?Love Me Like You Do?) and being best mates with Taylor Swift, the girl is all class. And she’s taken to speaking out about her severe lack of body confidence issues when she was starting out in the music business.

Ellie joins quite a few female celebrities of late who aren’t afraid to stand up and speak out against the whole body shaming phase and is a women that isn’t afraid to admit that her confidence took a severe knock back when she was making a name for herself. It’s strong females like this that we love because they create and send such a positive message to their female fans, and let us know that behind all the gloss and glamour, their fears echo some what we’ve all felt at some point in our lives.

In the latest edition of Elle magazine, the singer spoke candidly about how she had to work to build her emotional and body confidence over the years. ?When I started out, I couldn’t cope with it. I didn’t quite know who I was supposed to be,? she said. 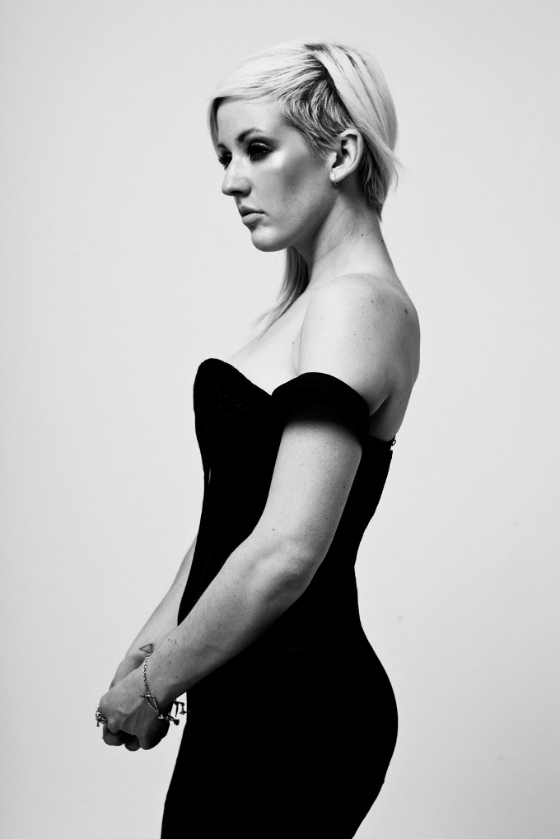 ?I was never confident in my looks. I hated my chin, my nose, my eyebrows. I was told by people at my record company to watch videos of other girls, like Little Boots, and Elly Jackson from La Roux, and try and look like them. I had panic attacks so bad I couldn’t leave my flat; I couldn’t bear people looking at me. I would worry that I would never be able to sing because I couldn’t even get up. I was also horribly ashamed of myself because I felt like some sort of drama queen and all I wanted to be was strong.?

She says she’s much more at ease with herself at 28, but said that it took her a few years to get there. Delving into her private life a little (and BTW no, she didn’t go on a date with Ed Sheeran, but she did date Niall from 1D), she adds that she finds it frustrating that so many successful women are defined by their relationships. Us too, Ellie, us too.

?I did go on a few dates with Niall, but I was never in a relationship with Ed. I have absolutely no idea where that came from and why it was turned into such a big thing. I find it so frustrating that female musicians are constantly defined by the men they have or haven’t dated.

?It’s something I’ve talked about with Taylor a lot.? (We knew they were besties). ?She gets bothered by it,? she continued. ?It’s like, you can be a great artist, you can write great songs, but the thing that everyone is going to talk about is some relationship they think you have had or not had. It’s definitely something we both think happens to female artists over male artists.?

She makes a good point, males in the public eye don’t get asked who they’re dating half as much as the women do, and when you’re as talented as Ellie is, this would be very frustrating. It’s always nice to read about successful women overcoming their fears and trying to promote body confidence for others. Go Ellie.