‘You can never blame the victim’: We catch up with Elizabeth Lail from You

Have you seen You, yet? The 10-part Lifetime series has been the talking point of our office (and WhatsApp groups) for weeks.

The show, which is now available to stream on Netflix, follows a man called Joe as he stalks a woman called Beck. He tracks her down via social media; forces his way into her life, and then chaos ensues.

Each episode raises questions about the world we live in; who we should trust, how much we should share online, and what boundaries should never be crossed. Given all the discussion, we were very excited to speak with Elizabeth Lail (the actress behind Beck) to hear her take on it all.

Joining us by phone, all the way from New York, Elizabeth talked us through life on-set, the psychology behind the show, as well as the pressures of being a celebrity.

What are your thoughts on so many women romanticising Joe, despite him being a stalker and murderer?

“I think we are programmed that way. Myself included. With all the rom-coms and fairytales we’ve read, we’re programmed to root for the hero at any cost, unfortunately. And so, my hope is that these women notice that inside themselves; and ask themselves, ‘oh gosh, why do I love this terrible man?’ I hope they recognise it as an unconscious bias (that’s inside most of us), and actively work against it.” 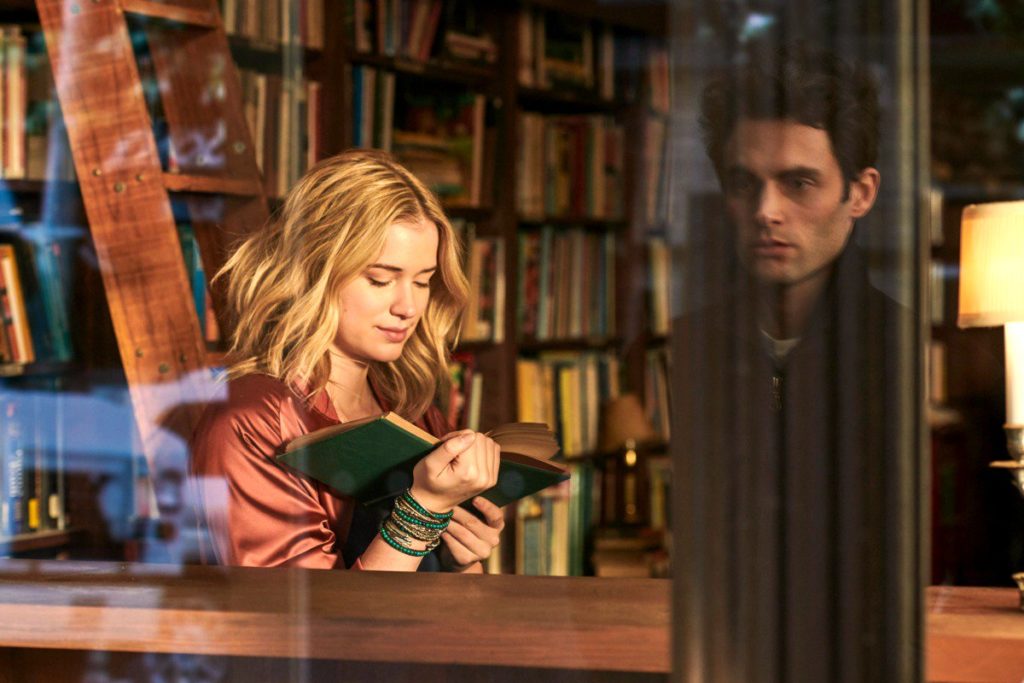 Beck has received a lot of criticism for her behaviour in the show too… do you think that’s justified?

“Not everyone likes Beck because she is imperfect; which boggles my mind sometimes because I really don’t believe you can ever blame the victim. Ever.

“Just because she doesn’t have curtains doesn’t mean she wants to be manipulated, captured and controlled…”

“Just because she doesn’t have curtains doesn’t mean she wants to be manipulated, captured and controlled. People are really hard on Beck but I’m always quick to say she is the victim in this situation, and yes she’s imperfect – we all are. And her imperfections are nothing compared to Joe’s.”

Did you expect the show to spark such a big conversation about boundaries in relationships?

“As I was working on the show, Penn Badgley (the actor who plays Joe) and I were constantly discussing this. Every day on set we’d be like, ‘this is fascinating’ and ‘this is so true to life’. As you probably know, it doesn’t end well for the woman in this story. It’s not a story that we hope for. And so I’m really happy we’re sparking those conversations in people’s real lives; to maybe help them recognise the unconscious bias inside of them, and call out masculine toxicity when they see it.” 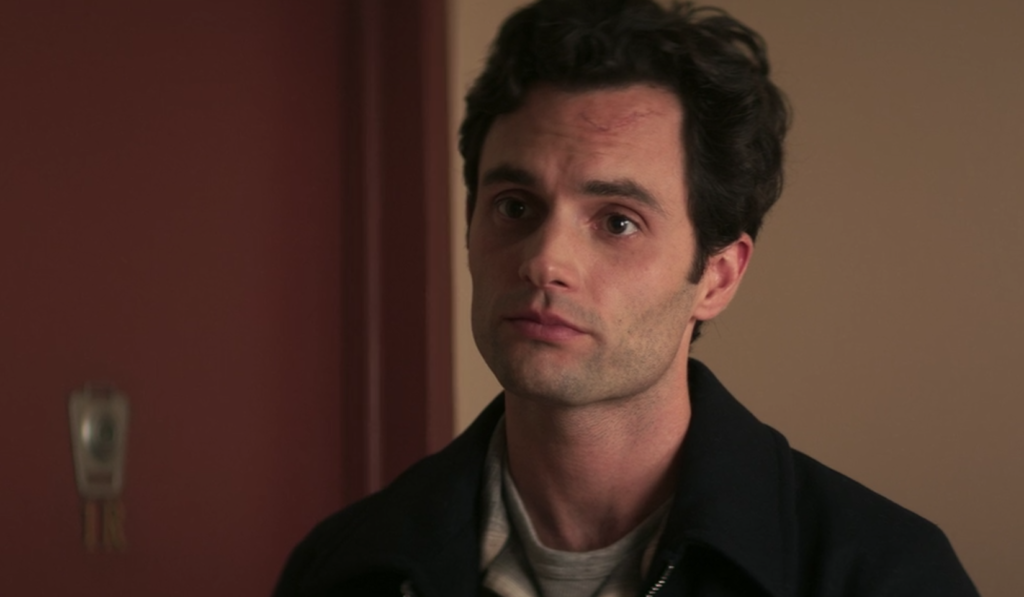 Do you think people might use social media differently after watching You?

“You does a good job at holding a mirror up to our current society, which is one where we can just grab a little machine and find out loads of information about someone we barely know. And then we make all of these assumptions about that person (which are never really true). I hope the show makes people go, ‘woah, I’ve just stalked this person – what am I doing with my life?’ Myself included! I am included in that.”

“The irony is that I post more on Instagram now than I ever have before. But I will say, I post photos from months back – whether they’re recent or from a long time ago. So I feel like you can never tell where I am, because my photos are from all over the world.

“In my dream life, there’s no Instagram. So I participate [in the app] in a way that I’m willing to that day, at that moment. But I don’t think I’ll be on Instagram my whole life.

Related: People are romanticising Joe from the Netflix
series You and it’s not OK

“But I do enjoy it; I get a lot out of it. I’ve curated who I follow. So I only follow people who make me feel good; such as Erin Ireland (@erinireland), who is a vegan food blogger who lives in Canada. And I follow this other woman called Spirit Daughter (@spiritdaughter), and she always posts inspirational quotes and is in line with the moon cycle.

“I also follow a lot of travel blogs, like @TheOcean and National Geographic (@natgeo); you know, things that inspire me and beautiful women that inspire me – who don’t make me feel bad about myself (which is very easy to do on Instagram, unfortunately).” 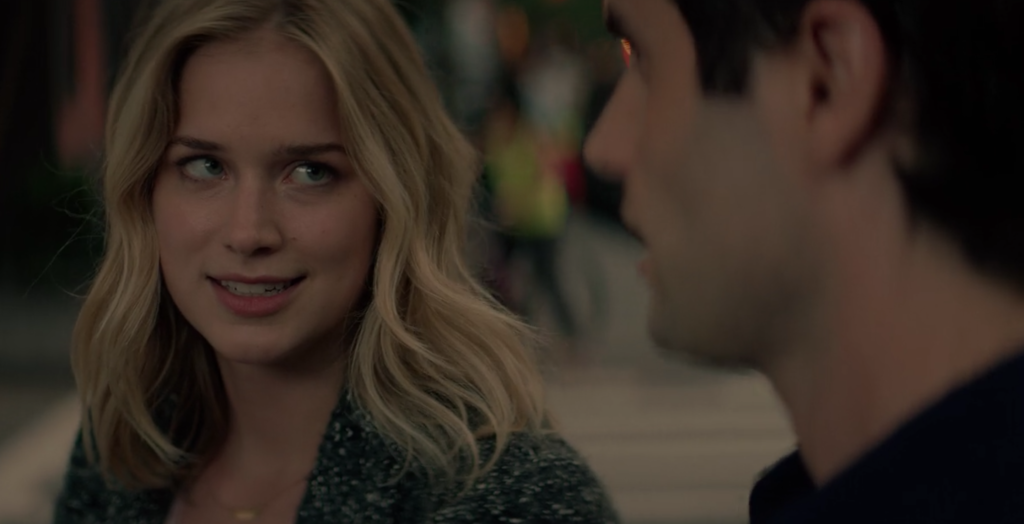 How do you handle the pressure that comes with being a celebrity?

“I’m kind of at a place where I’m not feeling the entirety of that pressure (yet). I still walk out of my house with no make-up or hair done; pretty casual.

“I’m just doing my best to stay true to myself…”

“As an actor, it’s hard because we’re constantly confronted with our own self-image. So what I do when I’m not working is try to cultivate a lot of self-love, because once you’re in a job, you end up staring at yourself for two hours a day while someone makes you look better than you do… and that can kind of take a toll on the psyche.

“So that pressure, I’ve kind of given it away… because there’s nothing I can do with it. I’ve cast it away into the universe, and I’m just doing my best to stay true to myself and stand in my own personal truth.”

Any funny stories from life on the You set?

“Well, Penn and I were just constantly laughing, because he’s so funny. There were no major pranks or anything, but with the girls, we were constantly singing musical theatre soundtracks (well, at least some of us). Shay Mitchell (who played Peach) and Penn both hate musical theatre – so one thing we always did when they were around, was break into song and dance because we just loved to annoy them.

“To them, musical theatre is all the same, but I had just seen the musical Waitress, so I was singing Waitress constantly.” 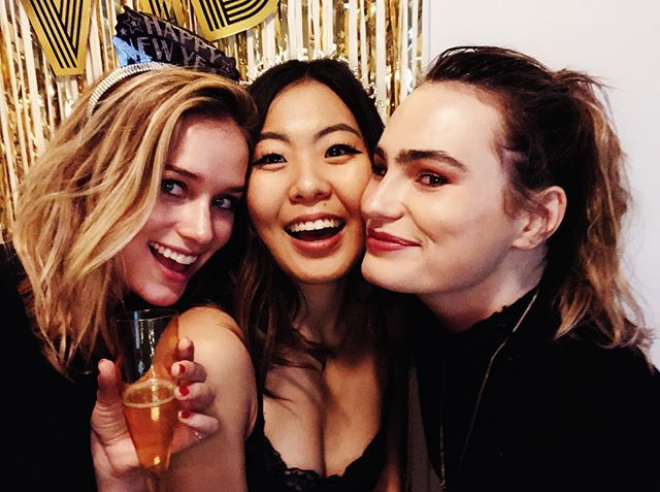 Which character in the show would you say you’re most like in real life?

“Umm, maybe Ethan,” Elizabeth laughs. “I mean, I definitely have some similarities with Beck, but only in really shallow ways. Like we both live in New York and we’re both artists. But I’m not really like her; I think my self-esteem is higher and I don’t struggle as much as she did.

“And so Ethan,” she goes on to say, “is so happy and funny, and he reads a lot. He’s cuddly and he’s one of the few characters who has no major blemish. All the others can be pretty scandalous!” 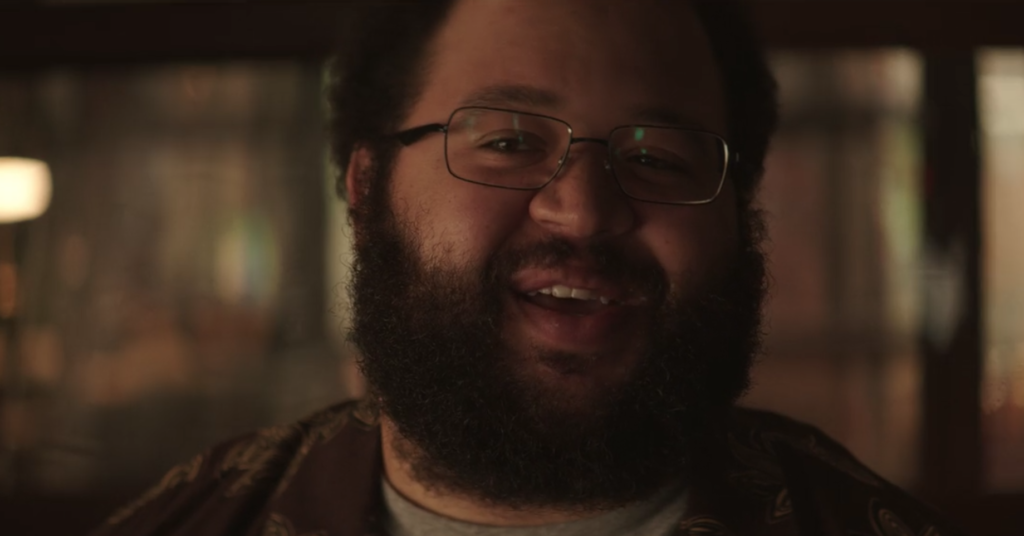 We saw Beck’s journey come to an end in season one, so what are your plans for 2019?

“I have some things lined up, but nothing I can talk about now. You’ll just have to wait and see…”