The Miss USA Preliminaries 2016 took place this week and after trawling through twenty-something photographs of absolutely stunning women (which left me feeling at least three stone heavier and not-so-attractive), I came to the realisation beauty pageants are something that the world doesn’t need anymore. But would anyone else agree with me?

The beauty pageant phenomenon initially began in America – little surprise there – in 1921 with the Miss American Pageant. This small-time Atlantic City pageant would be the driving catalyst behind all modern-day beauty pageants. Currently, there are four major international beauty pageants that take place annually which are: Miss Earth, Miss International, Miss Universe and, of course, Miss World. The Miss World Pageant is the oldest surviving major international beauty pageant, and there are currently 65 Miss World titleholders; including our own Rosanna Davison who was crowned in 2003. Commencing in the United Kingdom in the early 50’s, the controversial pageant was the first to introduce bikini wearing during the pageant and the crowning event (FYI, this was during an era when modest swimwear was a must), which is a prominent component of the competition that continues today.

The lights are on, but is there nobody home?

While some pageants argue that they test the competitors personality traits and knowledge (during a 30-second interview; how insightful), without sugar-coating it, these competitions fundamentally rank women based on their physical attributes alone otherwise, why would we need to see what they look like in their smalls? It means that all contestants need to fit certain criteria in order to be in with a slight chance of being crowned the winner; i.e slim and toned, a perfect smile, long flowing hair, and perky boobs, tall. Don’t believe me? Take a look at the last six Miss World titleholders, and then try and tell me that beauty pageants promote ‘normal’ body types?and positive relationships with our bodies.?While there is absolutely no denying that these women are beautiful, we need to remind ourselves that beauty comes in many many shapes, forms, and sizes.

Aside from the obvious physical stress that these events have on women (please see Toddlers and Tiaras for perfect examples), the mental side-effects must equally be startling. However, in a bid to maintain some level of unbiased reporting, I’ve weighed out the pros and cons of the pageant world.

In some countries (particularly Asian countries) it’s considered an honour to win a world-renowned competition, and it’s said to bring pride back to the winners town or city.

These contests offer hope to millions of women – particularly in poverty-stricken countries – who hold onto dreams of being crowned with the hope of escaping debt; giving them a better quality of life.

Not that I’ve ever been involved in a pageant (although Irish dancing somewhat counts), but I assume they offer an appealing escape from reality; even if it’s only temporary.

Furthermore, pageant contestants use these competitions as a leveraging point to further enhance their education; with many of the major pageants offering prestigious college scholarships for the crowned winner. Masters in being a Beauty Queen, anyone?

However, what I am in favour of ?is the charity work and aid that these pageants have raised. The Miss World Organisation has raised over €250,000 pounds for various children’s charities around the world since it’s beginning – and I’m all over that.?

There are much worse things that women could be pursuing.

Beauty pageants offer unrealistic expectations of what women are expected to, and should, look like and behave like.

Beauty pageants teach young girls that they need to be beautiful and slender in order to be attractive or successful when in actuality we should be encouraging young girls to pursue careers and academia, as well as reassuring them that?beauty forms from within as opposed to superficially.

It’s degrading to women around the world.?To me, the idea of parading around on stage in minimal coverage to an audience of millions seems counterproductive in our fight for gender equality.

Are they harmful? Yes. Beauty pageants promote negative and self-loathing thoughts, and even I found myself pinching and pulling at my skin (in a rare moment of self-doubt, of course). It’s estimated that over 30 million people will suffer from eating disorders during their lifetime, but by promoting real body types and making competitions more open and diverse, we can help to reduce this number.

And then there is this, which is wrong on so many levels: 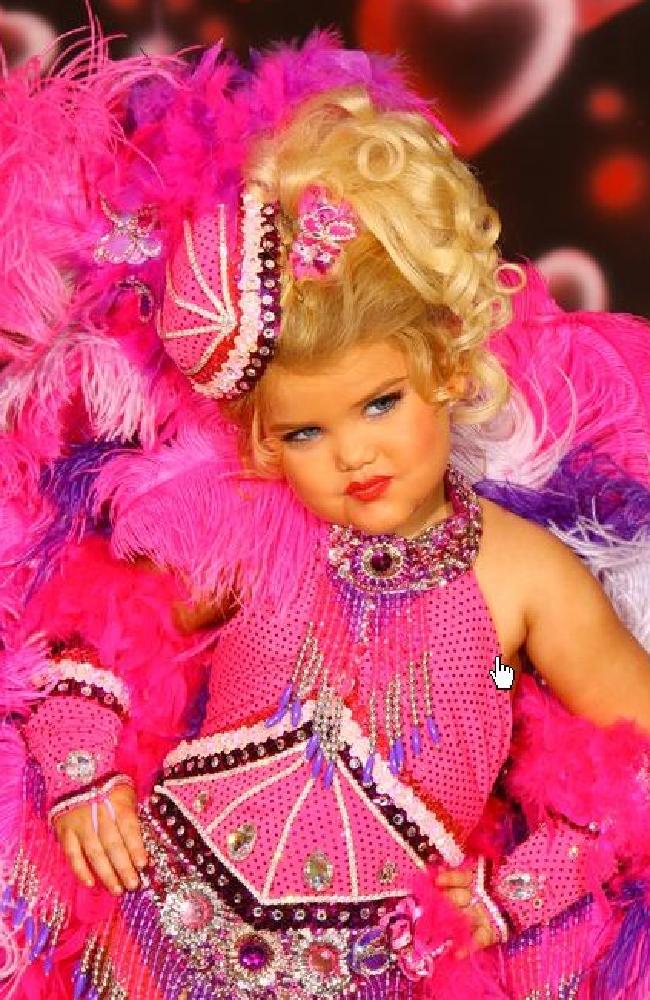 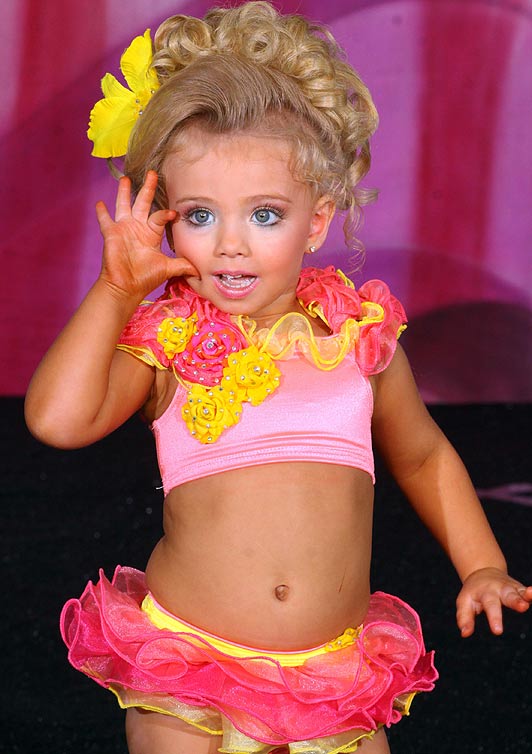 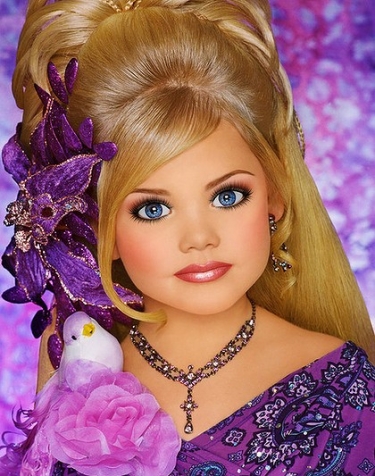 ?Right now, whether we like them or not, beauty pageants are here to stay because it is a billion-dollar industry with plenty of willing supporters. What we can immediately change, however, is how society defines female beauty: who says that you need to be 6ft 11′ with long hair and long and limber limbs with big doe eyes to be beautiful?

At least I have my personality.