Do Women Without Children Work Harder?

You’re driven, on deadline, and stuck in the office at 9pm, while your colleague – a busy, devoted mum of two – left long ago to collect her kids from creche. Is it fair? Claire O’Mahony weighs in.

It’s almost 6pm and an important deadline looms. There’s work that must be finished, so somebody will have to stay late. Here’s the dilemma: does the woman with two children waiting for her at cr?che, which charges by the nanosecond after 6pm, offer to stay or does her childless colleague reluctantly get her head down and pick up the slack? No prizes for guessing the answer. How about this: A mum works from home one day a week and it doesn’t seem to affect productivity, but her childless colleagues (and almost 18 per cent of Irish women don’t have children) aren’t offered the same flexibility. This one’s a little trickier, right? Issues facing working mothers crop up all the time in the media, but we don’t hear much about the pressures on women without children. Do women without children suffer because of their colleagues? childcare restrictions? Do they bear the brunt of the workload? Or perhaps we need to re-examine work practices for all?

?The onus is definitely on women [without children] to stay late in our office,? says Fiona, a Galway-based marketing executive. ?It doesn’t matter if you have other plans – no excuse or reason can compete with the child in cr?che, and the work has to be done. It’s never as blatant as being told I have to be the one to stay late because I don’t have children … But I do feel children are sometimes used as a free pass. Some colleagues arrive to work at 9.30am instead of 9am because the school run ran late. I understand it’s tough raising children and working full-time, but I do feel resentful when I’m constantly still in the office at 7.30pm and my married colleagues have left to collect their children.? 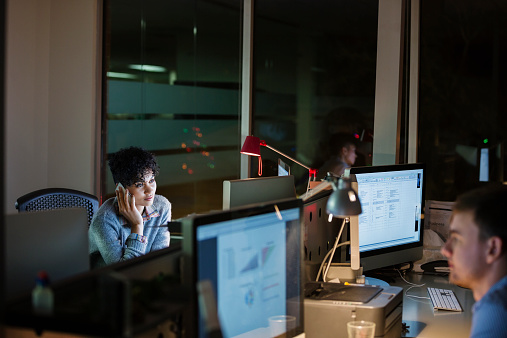 Siobhan, a recruiter with an international firm who is single with no children, agrees and says that the issue can be a particularly contentious when it comes to holidays. ?Families get priority at Easter, Christmas and bank holidays, and others have to work around it. To get three weeks off work, I’d have to get married! The other side of it is that work trips abroad usually fall to single people. It’s very difficult to stand up and say, ?But I have plans?. Your reasons simply don’t seem as valid as those of someone with a family.?

And while some organisations and businesses offer new parents flexible hours or the option to work from home, there’s a very strong case for all?workers being able to avail of more flexible working hours. Women without kids also have commitments outside of work, whether that’s looking after elderly parents, their own health or furthering their education. These life choices can be overlooked.

Orla O’Connor, director of the?National Women’s Council of Ireland, believes that work culture has to change, so that it’s ?life? friendly and not just family friendly: ?It’s not just about having children, because there are also many women caring for elderly parents or relatives – women do the majority of caring in Ireland. Also, it’s not just about care; it’s about doing other things in your life that are important to you and having that greater balance.?

Post-recession, many of us have embraced the notion that we should all be available 24/7 and, given the state of the economy, be grateful to have a job. Even if you do make a point of downing tools and leaving the office on the dot at 6pm, there’s a strong likelihood you’ll have to make up the hours elsewhere, logging on in the evening or catching up on work over the weekend. These ?hidden hours? affect working mothers too as they play catch-up after the children are in bed. Many are also all too aware that their single colleagues (and bosses) may resent or judge them for leaving the office before every evening before everyone else.

?Time is a valuable commodity that must be managed to perfection in order to make that cr?che collection,? says Caroline, an accountant and mother of four. ?The working mother is just as productive as her single co-workers. But it’s the singleton who clocks up hours in the office, and is perceived as the more valuable employee. This is hurtful, and adds to the stress of being a working parent.? 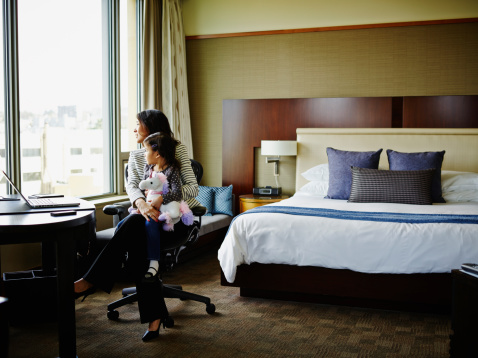 There are no easy answers, or immediate solutions. The first step is to start the conversation. Increased awareness of unfair demands put on women without children at work can only happen when these women speak up. Looking like you’re doing more in less time will only lead employers to overload those they think can take more. Business psychologist Catherine Curran, director at international consultancy practice Level4, believes that more open discussion is needed. For singletons, that may mean putting their head above the parapet and asking that their needs – whether it’s time off for a doctor’s appointment or an evening course – are acknowledged as much as those of their co-workers. ?They shouldn’t feel guilty or be made to feel guilty. Certainly, a bit of bravery is needed. You might be told ?no? but at least you’ve asked,? says Curran. ?You might sit there feeling hard done by, but if you haven’t even asked the question, that’s unfair.?

Nobody is suggesting that family-friendly working policies should change, but, parent or not, we should remember that we all have priorities outside of work, and the work-life balance that we’re all aspiring to should be available to everyone.

This article was originally published in the September issue of IMAGE Magazine.