It’s 10.30am when I arrive at the Ballsbridge location where Deirdre O’Kane has been doing photo calls all morning. Not in the slightest bit fazed, she sits down in front of a group of us journalists as we lampoon her with as many questions as we can in our short allocated time slot. Our phones are lined up on the table beside her chair, each one competing to record her every word.

This is the first time I’ve seen Deirdre O’Kane in real life, and I can’t but think (much to the dismay of my inner feminist) that she is gorgeous. Because she really is gorgeous, with her shiny dark hair, huge dancing eyes and explosive smile. She’s all energy and charisma, which is doubly impressive seeing as we’re told that she’s been up since the crack of dawn.

This doesn’t seem to faze O’Kane; she’s clearly enjoying the fact that this morning gives her the chance to do something that she really cares about, something she really believes in. She cares about homelessness in Ireland, and she believes we can all do something to help fight this problem.

In fact, when I confess that I was worried about how my outfit might have been a bit inappropriate for the interview (I was wearing a Winnie The Pooh dungaree set), she tells me that she’s too busy worrying about Ireland’s homeless population to be concerned about something so trivial. That might sound harsh, but it wasn’t at all, in fact, it was empowering, inspiring and enlightening. She was totally right; who cares about dodgy outfit choices when there are entire families being kicked out of their homes for reasons beyond their control.

Deirdre has taken the reigns of ambassador for the Focus Ireland’s Great Get Together campaign, which is looking to get people to get together (doing whatever they fancy, be it a coffee morning, a walk with friends, wine tasting or fishing) to raise money to help combat family homelessness.

In Deirdre’s own words, “It’s shocking to think that one child becomes homeless every 3.5 hours in Ireland.  It is unacceptable and we all need to do our bit try and help change this.”

Deirdre reminds us that she played Christina Noble in the 2018 movie Noble, who is known to have slept rough in The Phoenix Park in her earlier years. Researching this role seems to have tugged at Deirdre’s heartstrings, and it would explain why it’s become an issue that she rallies around so wholeheartedly today. 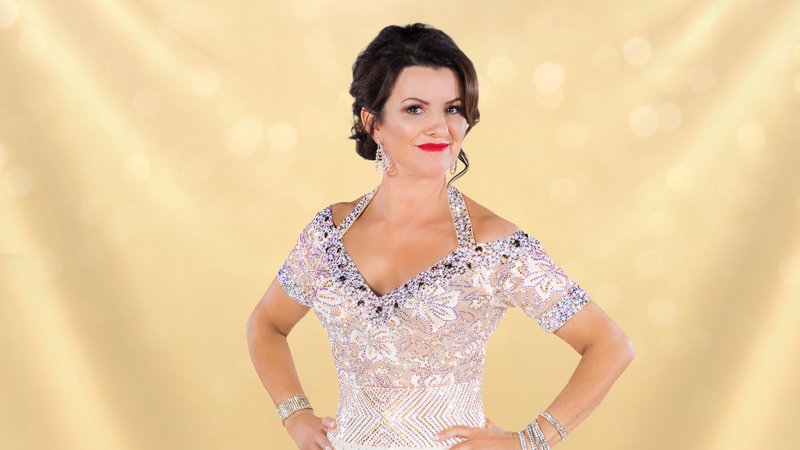 Deirdre taking part in Dancing With The Stars 2018

Alongside the continuous charity work and fundraising, Deirdre has a lot going on in her life. She seems relieved to be finishing up a very full-on few months on Dancing With The Stars, which involved three months of eight-hour daily training sessions since January. Giving us a clear insight into how busy the last few months have been, she divulges “there’s still Christmas decorations hanging up around my house, for God’s sake!”.

As such, you’d imagine that she’s set aside some serious “Deirdre down-time” to recoup and recharge after the DWTS frenzy… But you’d be wrong, because in no more than a few weeks Deirdre O’Kane will be setting off on her next stand-up tour around the UK and Ireland.

I ask if there’ll be much content from DWTS in the stand-up routine. “Ohhh you bet.” she chuckles, with a glint in her eye. “Sure, isn’t that the whole reason I did the show? To get some material for my comedy gigs!”

Deirdre O’Kane is fun and compassionate and gracious with her time, and her get-up-and-go attitude is inspiring. Talking to her highlights that if someone as busy as she can fit time into their schedule to raise money for a worthy cause, then so too can the rest of us.

Ireland’s Great Get Together, a new fundraising initiative from Focus Ireland which encourages people to ‘get together’ and raise vital funds to prevent family homelessness. Taking place from 20-22 April, the event is supported by Bord Gáis Energy as part of its ongoing partnership with Focus Ireland.

Tried & tested: ‘I went to a plant-based hair salon (with edible ingredients!) and my hair has never been shinier’