I’m not one for following recipes; I’m more of a let’s see what I can make out of what ingredients I have in the fridge/cupboard kind of person.

Interviewing James Kavanagh and William Murray about their new Currabinny cookbook though, required some prior cooking researching though and I’m always open to new challenges. The challenge was to cook their Macroom soda brown bread and their beetroot and seaweed hummus and judge it against the one that they made.

This is where I have to make a confession; I bailed on the beetroot hummus. I let myself down. The truth is, I thought that finding dillisk in Dublin would be too hard and quit before I even tried. Boy was I ashamed when they told me I could get it in Dunnes.

I’ve another confession; I had to borrow a baking tin off my mum because I don’t own one. Shameful. Now that I’ve successfully shamed myself, and you’re all silently judging me, it’s time to make the bread.

Related: In the kitchen with James Kavanagh and William Murray

The recipe was straightforward and easy to follow; I have to admit I substituted cream flour with 00 flour – used for making pasta – which meant I had to use less liquid in my mixture so as not to make the mixture too runny. Documenting it was slightly more difficult as I missed the measuring jug trying to catch the perfect boomerang pouring with buttermilk or tried to stir with one hand and film at the same time but thankfully I wasn’t being judged on that.

The process was so quick that I’m almost ashamed I don’t make bread at home more often and it was still warm by the time it arrived at James and William’s house; I even went the extra mile and wrapped it in parchment paper with some brown string – I think I won James over when I turned up with that.

We ate both loaves with the beetroot that William made, which automatically gives him the win as he did what he was told, but they gave my brown soda bread the seal of approval – it is difficult to get it wrong though and it does taste absolutely delicious. 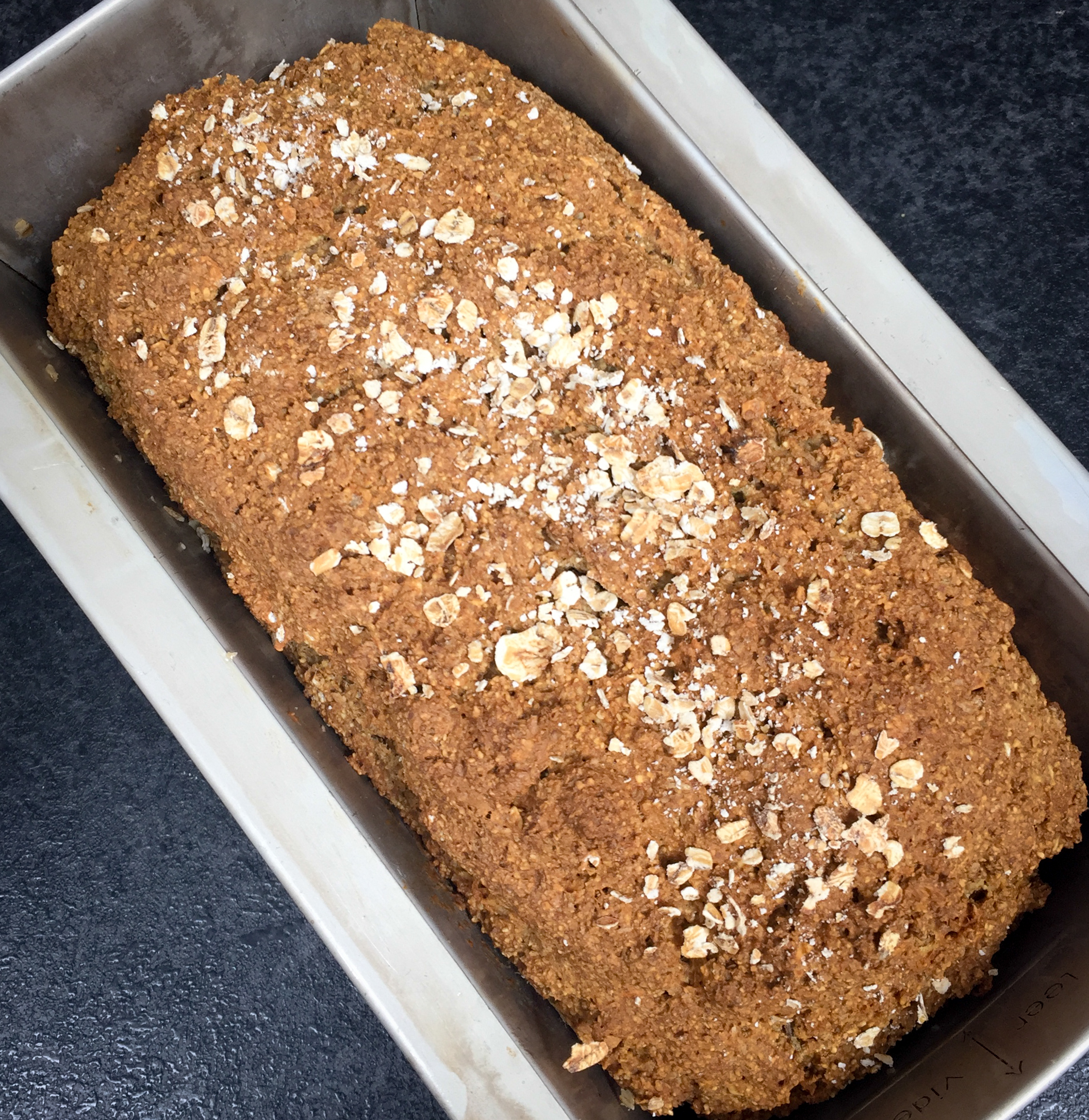 In a large mixing bowl, mix the flours, bicarbonate soda, salt and oatmeal to combine, then make a well in the centre.

Whisk together the egg and buttermilk in a hug, and pour into a dry mix. Using your hand as a claw, mix the ingredients together in a circular motion until well combined.

Pour the mixture into the loaf tin and bake in the oven for 40 to 50 minutes, until a skewer comes out clean. When you remove the loaf from the tin, make sure to tap the bottom too, listening for that hollow sounds, just to be sure. Cool on a wire rack.

Feature image courtesy of by Jonathan Pielmayer on Unsplash.