Currabinny: In the kitchen with James Kavanagh and William Murray

There’s a welcoming homely feel from the second you walk into James Kavanagh and William Murray’s home. Mason jars filled with ingredients line the shelves in the living room space, beautiful crockery is sporadically stacked around the room and they have a cookbook collection to be envious of.

The kitchen space is overflowing with herbs, spices and there’s some blackberries that William’s dad brought up from his home in Currabinny, County Cork in the fridge. “Dad stayed here last night on his way to France and he said he can’t have any more blackberries in the house,” William laughs as he shows us the large container filled with the picked fruit. “So now we’ll have to make jam from them.” 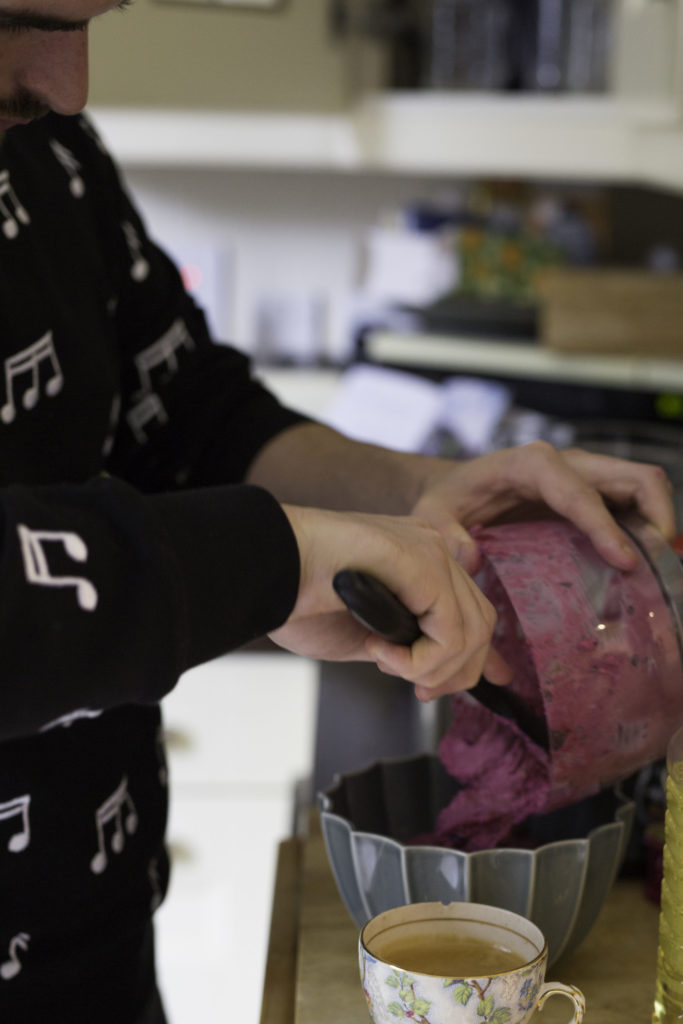 I’m visiting the couple in their home to discuss all things food thanks to the launch of their beautiful cookbook, Currabinny. It’s something that they never thought would happen, but thanks to the collection of recipes they have accumulated over the years from markets and private catering events, they were well equipped when it came to putting it together. “I think we had over 300 recipes or something like that,” James recalls. “Doing the markets over the years we lost a couple of things that people weren’t into. That was almost like accidental market research.”

The result is a curated choice of recipes split into sections from breakfast and brunch to preserves and dips that highlight excellent Irish produce, as well as the food that they love. “We’re more concerned about the ingredient and using it in its purest form,” says William. “We’re thinking about how we can replicate these using Irish ingredients. The hummus, for example, is a Middle Eastern recipe but we’re thinking ‘How can we replicate this without importing loads of ingredients.” “Or our pesto is made using Irish farmhouse cheese instead of parmesan,” chimes in James. We’re in their kitchen while William is busily prepping the Macroom soda brown bread from their book as well as beetroot hummus, while James is busily making coffees for everyone; I almost feel like I’m an old friend here. 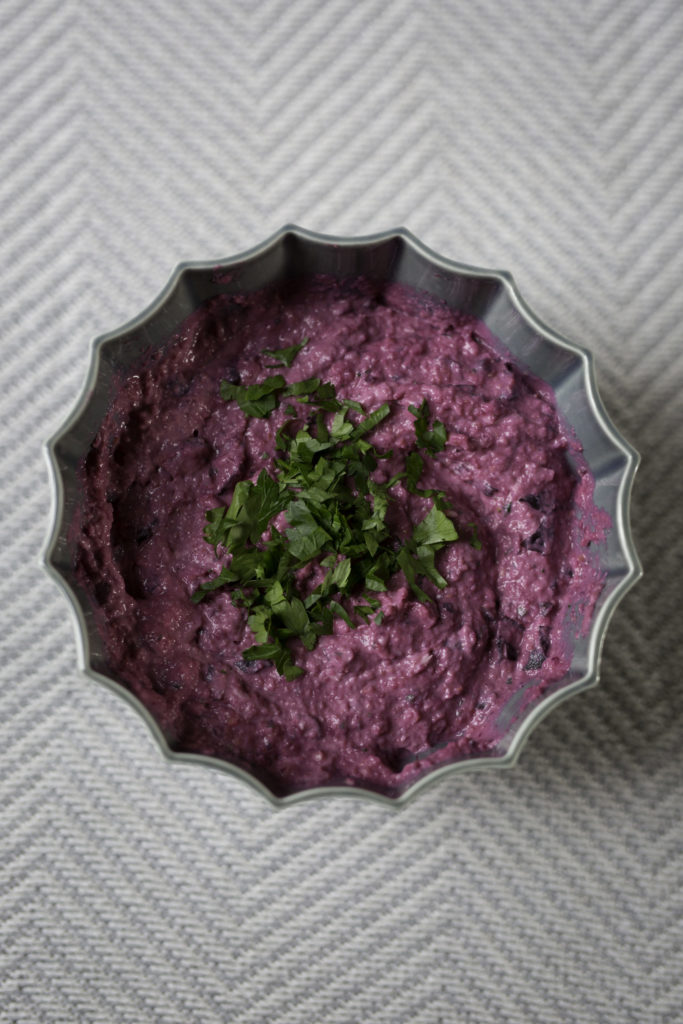 They’re both extremely knowledgeable and passionate when it comes to talking about food. William’s love for it comes from growing up in “basically a forest in a little peninsula sticking out into Cork harbour. The community is very food focussed because we’re a little bit cut off. Everyone had their own patch for growing fruit and veg in.” It wasn’t until recent years that William took his love for food to the next level. He studied fine art in Limerick which he still does – when we meet he’s preparing an exhibition to launch the following week – before heading to Ballymaloe Cookery School where he did the 12-week cookery course.

James’s mother is “a little bit Italian, an eighth Italian, so growing up she would always be making her own pasta or trying Italian dishes so I’d always be witnessing her buzzing around the kitchen to all this.” Along with this, studying Home Economics in school encouraged his love for food as well as the importance of learning to cook from a young age. He’s very enthusiastic when it comes to the topic. “I think it should be compulsory in school,” he declares. “Maths, Irish and English are compulsory in school but the one subject that you need for life isn’t. People should know how to cook leaving school. The stereotypical thing is when kids leave school and go to college they cook crap for four years; they should be leaving equipped being to able to cook healthy basic stuff.” 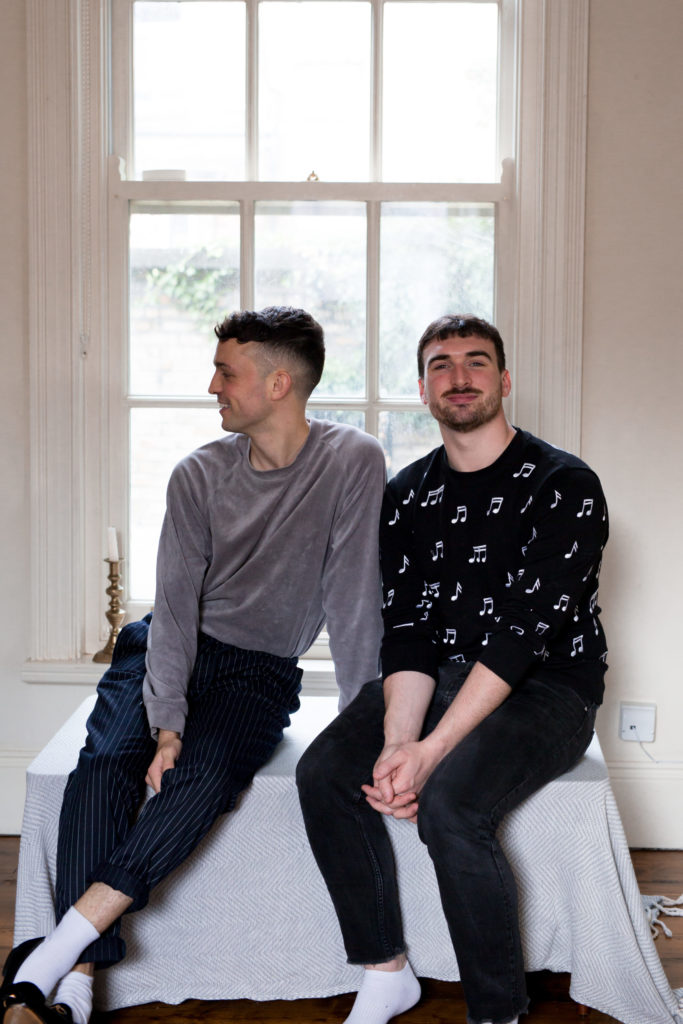 James plans to do work with secondary schools next year in line with his beliefs, but for Currabinny, the pair still have plenty up their sleeves. “The dream is to have a café in Dublin and a café in Cork and to live in Cork,” says James wistfully. “The only thing that is holding us back is the premises. That’s the hardest bit for anyone starting a café or restaurant at the moment.” They have everything planned down to the daily changing menu, and even the nitty-gritty of running a business thanks to the help of Blathnaid Bergin and her company the Business of Food. “Blathnaid was amazing because we had no clue about running a business, yes we can cook but we also need the business side of things.”

For James, he loves the thought of Cork but finds it hilarious at the same time. “It’s weird because when I was growing up I was always like I’d live in Manhattan or London,” he laughs. “I always knew I would live in Cork,” quips William. “I’d never any notions about living in New York. Cork’s the only place for me.” 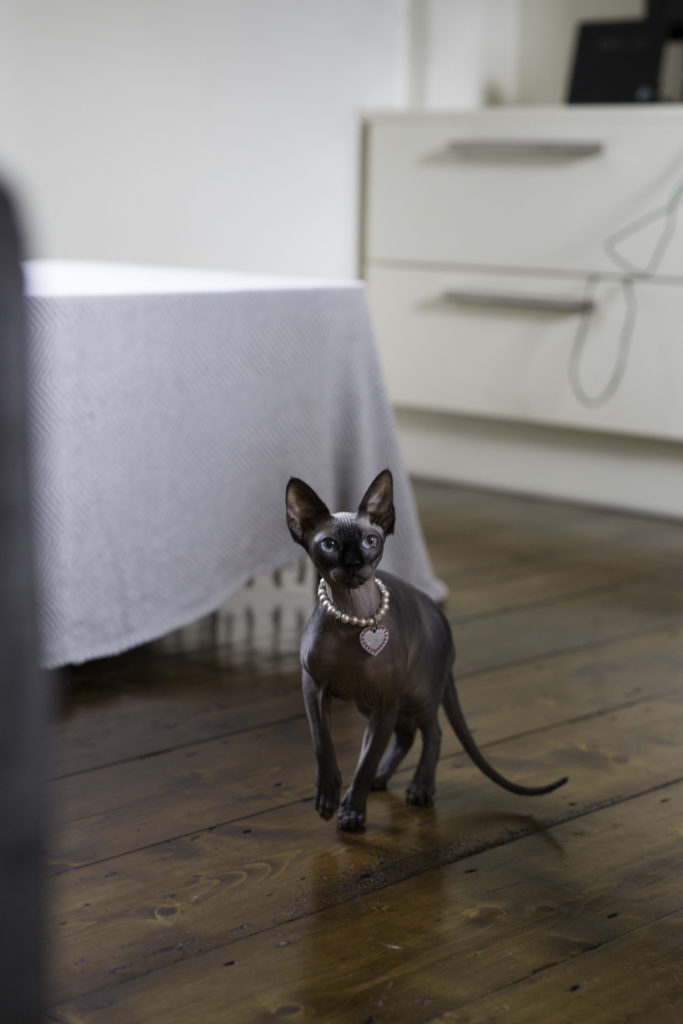 We revert to the cookbook one last time as William serves up the beetroot hummus, I raised concern about the dillisk in the recipe being too notions for some people, but they put me back in my place when I’m told I can pick it up in any supermarket these days.

They’ve thought of everything when it comes to the cookbook, beautiful images, good food and James hits the nail on the head when he says “There’s nothing in it that would shock your granny, but it would totally impress a modern food snob as well.”

The Currabinny Cookbook is available in all good bookshops now.

Catch of the day: Where to find the best seafood in Dublin