‘They were crying with us’: #BravelikeEmmeline appeal reaches over €350,000 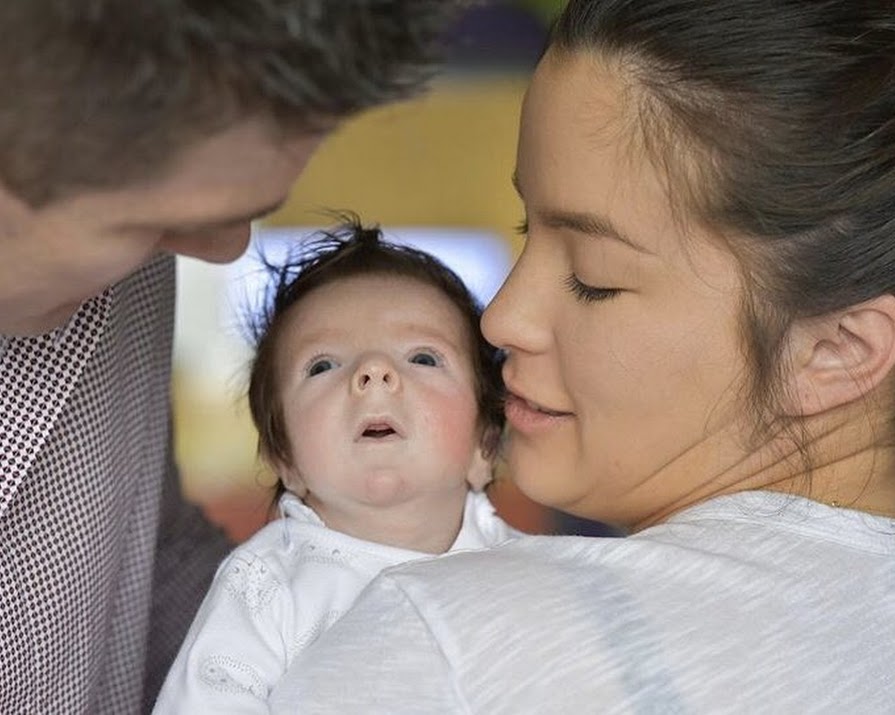 A GoFundMe page set up by Munster rugby player Billy Holland and his wife Lanlih to raise funds for families of sick children around Ireland amassed donations of over €350,000 from viewers following the couple’s appearance on The Late Late Show on Friday night

Billy and Lanlih spoke to host Ryan Tubridy about the phenomenal care their baby daughter Emmeline had received at CHI at Crumlin before losing her battle last year at just six months old. Donations to the page soared following Billy’s fundraising appeal on air, with over €300,000 currently donated to their Brave Like Emmeline Holland fundraiser.

The couple will divide the funds raised between CHI at Crumlin, Cork University Hospital (children’s wards) where Emmeline attended and the Ronald McDonald House. Billy and Lanlih had hoped to raise €100,000.

Emmeline, who was born in November 2018, was diagnosed with a devastating heart defect at just three weeks old. Her parents explained she underwent heart surgery but tragically died a short time later.

“We went back up to Crumlin in May 2018 and she had a minor heart procedure,” Billy said. “About a week later we had our bags packed, ready to go home, and she took a turn the night before we were due to go home. She went into ICU from there and 10 days later she died in Lanlih’s arms. It was just the rawest emotion imaginable. It’s impossible to put into words.”

‘It was so cruel that she didn’t make it. After she died we got to bring her home but then we had to face into what no one should have to face, which is picking out her coffin, picking out a grave plot. The house when we were at home, there was so much activity. There were nurses in and out, we had her oxygen machine on, and now it was just silent. It was unbearable, the silence. My body still physically longs for her, the weight of holding her, to kiss her, to cuddle her. It’s overwhelming at times.’

Billy added that members of staff who had cared for their daughter also came to pay respects at her funeral. “Seeing the nurses and the doctors coming up to us at the removal and the funeral, it just shows they’re such compassionate people. They’re so compassionate and loving and they care for each and every patient, in particular, the children.”

“Lanlih and I are truly blown away by the incredible support,” Billy said on Saturday. “The people of this country have shown phenomenal generosity and we cannot thank you enough. This money will make such a difference and we are so proud that it is all because of our brave Emmeline.”

Their GoFundMe appeal is available to donate to HERE.

Thanks to all the parents, children and staff from CHI in Crumlin who joined us tonight (some past their bedtime!) to speak about their experiences in the hospital.

Last night’s Late Late Show paid tribute to the incredible patients, families and staff at CHI at Crumlin in Dublin, where tens of thousands of children from all over Ireland are treated every year as emergency, inpatient and outpatient attendees. Sophie Barnes Aabo from November’s Late Late Toy Show brought the nation to tears speaking about her brother Cian, who is receiving treatment at the children’s hospital, also joined Ryan last night, as did a number of other families who have had first-hand experience with the hospital.