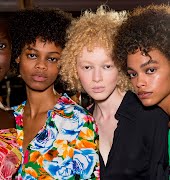 Lover of Netflix’s The Crown? Get excited. The Crown Season 3 is out on November 17th and from Olivia Coleman’s performance in the trailer alone, it’s going to be good.

Early on in the making of The Crown it was decided that the same cast would not play the characters for the duration of the series. This would have meant hours spent in make-up everyday to age cast members along with the story line.

Instead, they unconventionally opted to re-cast every two seasons, which is something we rarely see done in TV.

Although we were big fans of Claire Foy and Matt Smith in the previous seasons, we are excited to see what the new cast will bring to their characters.

The wildly funny and Oscar winning, Olivia Colman will be playing Queen Elizabeth, and Matt Smith is being replaced by Tobias Menzies.

Princess Margaret, arguably the most vivacious and outrageous personality in the show will now be played by Helena Bonham Carter, in our opinion the most perfect casting, and we can’t wait to see what she does with this role.

What does season 3 have in store?

The past two seasons have followed the royal family from Edward VIII’s abdication in 1936, to Elizabeth’s coronation in 1953 (after the death of her father) all the way up to the birth of Prince Edward in 1964.

Season three will pick up in the late-1960’s and see a Britain that is rapidly changing. The cold-war, the Apollo 11 moon landing, Princess Margaret’s affair and subsequent divorce in 1978, Prince Charles coming of age as well as the introduction of Lady Diana Spencer will all be touched on in this season. The Royal Family must quickly adapt to this changing world and their place in it as the story progresses.

The season launches globally on Sunday 17th November and as with all Netflix releases, the episodes will go live all at once. So get your corgis and champagne ready, as we will be binge-watching this season as quickly as possible.

Read more: The series you need to watch on Netflix this weekend

Read more: 7 Netflix series and films we can’t wait for this autumn