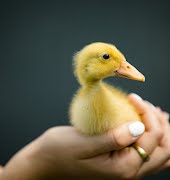 First look at Gillian Anderson as Margaret Thatcher in The Crown

While we already know that season 5 of The Crown is in development, as yet we’ve heard very little about the fourth season, but slowly, we are getting more of an idea of what to expect.

The third and fourth series span the years 1964-76, with series one and two covering the early years of Queen Elizabeth II’s reign, from 1947-63. While we know quite a bit about the key royals in the series, late this Monday afternoon, reports surfaced about another prominent figure that apparently would feature in Season 4 – the actress who would reportedly play the Iron Lady.

Anderson’s casting was first reported by the Sunday Times, and last year was formally announced.

“I am so excited to be joining the cast and crew of The Crown and to have the opportunity to portray such a complicated and controversial woman,” she said. “Thatcher was undoubtedly formidable but I am relishing exploring beneath the surface and, dare I say, falling in love with the icon who, whether loved or despise, defined an era.”

And now, thanks to social media, we’ve been given a glimpse of Anderson in full Iron Lady glory.

Anderson is the latest notable name to join the royal drama in the role of an iconic real-life political figure, following John Lithgow’s turn as Winston Churchill.

During an interview with The Guardian, Anderson revealed that she was preparing for the role by reading and watching everything she could find on the late Prime Minister.

“To a certain degree, it’s very helpful for an actor, at least in my experience, to slightly fall in love with the character you’re playing, regardless of what your opinion might be of them, if it’s a historical character, particularly,” she said. “So I have.”

The casting of Anderson as Thatcher indicates that season four will stretch into the 1980s, as the set photos are reportedly from a scene depicting the moment Thatcher addressed the press shortly before being elected in 1979.

With a varied career and a book on female empowerment under her belt, Anderson remains one of the most talented actresses working today. If you’ve yet to see her latest body of work (following the X Files), the brilliant Sex Education or her work in BBC drama The Fall are highly recommended.

As yet, Netflix has not announced a release date for season 4 of the award-winning series.