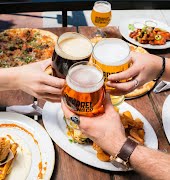 Did Colin Firth or Matthew Macfadyen play a better Mr Darcy in Pride and Prejudice?

In these tumultuous times, we are asking the serious questions – who played a better Mr Darcy in Pride and Prejudice?

With climate change, a housing crisis, Brexit and Donald Trump to worry about, you would think as a human race we have enough to debate. Well, the answer is no. It is a big roaring negative because we enjoy talking about irrelevant and often useless topics.

Maybe it’s a sign that we are burnt out from the difficult conundrum that is the modern-day world. We don’t want to talk about how democracy is dying. We want to debate who was a better Mr Darcy in Pride and Prejudice: Colin Firth or Matthew Macfadyen?

And if you don’t think this is an important issue, well I will curse you at my next guided meditation when I cleanse my chakra. This is important pop culture business. I shall not refrain until we all agree on a definitive answer.

The debate was sparked by Twitter user @EisReading who asked her followers to send her their age and preferred Mr Darcy. The post blew up with over 11,000 replies and users are quite passionate in their responses, with one user shouting: “IN THIS HOUSE IT IS COLIN FIRTH” (Side note: shout this in an aristocratic English accent for dramatic effect.)

An overview of the comments show younger fans preferring Macfadyen, while the more mature fans believe Colin Firth to be hot stuff.

Love Colin Firth in everything else, but his Darcy just doesn’t do it for me. pic.twitter.com/RokMwg0YbL

54.
Firth.
When the series was first shown on the BBC you could not get anyone to answer their phone for that hour. And we talked about the wet shirt scene for years. https://twitter.com/EisReading/status/1192119066888212481

I adore Pride and Prejudice – the book and the subsequent onscreen adaptions. Both men put on terrific performances, and make the toxic Mr Darcy seem like the perfect man. However, I have a clear opinion on who played it best: Matthew Macfadyen.

Colin Firth’s Mr Darcy is broody and cold. Exactly what Jane Austen wrote him to be. However, in love, he seemed stiff, like the wind had changed and he was unable to move the bottom half of his face. I felt nothing when he walked out of the pond soaked to the skin. ‘Pneumonia’ immediately flashed in neon lights in my head instead.

Firth also played Mark Darcy (based on the traditional Mr Darcy) in Bridget Jones’ Diary. I am Bridget Jones with a strong Kerry accent, so the film has a special place in my heart. Maybe this is why I can’t seem to separate Colin Firth from that role. This version of Darcy is awkward and nerdy but ultimately loveable. The harsh nature of Austen’s Darcy is rarely seen. In whatever role Colin Firth plays, I seem to think of Bridget Jones and it is clouding my judgement.

Also, Mamma Mia is lodged in my brain, so whenever I watch Firth in Pride and Prejudice, I half expect him to burst into a rendition of ‘Dancing Queen’ and awkwardly shake his hips.

Matthew Macfadyen, on the other hand, could cause my death. A heart attack brought on by intense lust. Macfadyen’s Mr Darcy created a decade-long adoration in me for men who ignored me and casually insulted me.

He played Darcy with the quintessential hard edge, but a softness lay under all of his interactions. When he told Elizabeth, “You have bewitched me body and soul, and I love, I love, I love you”, I stopped breathing. And my expectations for men were forevermore impossibly too high.

A debate for the ages

It’s a debate which may never be settled. It will continue to haunt and divide nations for years to come. And even though I truly believe Macfadyen’s performance is better, both should be respected and lauded. We were treated to two brilliant and handsome actors, bringing to life one of the most popular romantic fictional characters of all time.

One Twitter user summed it up perfectly: “Let’s be honest, most women will take Mr Darcy any way they get him.”

I can’t disagree with that.

Read more: Review: Marriage Story is the most gut-punching film about love you’ll watch all year