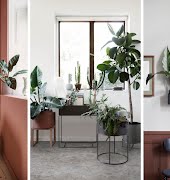 Ciara McKenna and Kim Knowles are college friends who embarked on several different career paths before they created Coldlilies – an online curation of independent jewellery designers all wrapped up in one slick site. Now known for their great eye and impeccable edit, we chat to them about how Coldliles came into existence.

Tell us both of your back-stories, what were you doing before Coldlilies existed?

Ciara: Kim and I met studying International Commerce at UCD, and our friendship was sealed after a very ‘spirited? Erasmus year in Saarbr?cken, Germany! We remained close thereafter despite the fact that we didn’t live in the same country for another 10 years.?After graduation, Kim left Dublin to join the graduate programme at?Morgan Stanley in the City of London. ?I stayed behind to complete a Masters in European Economic & Public Affairs.

From a young age I’ve been passionate about human rights, and social justice by extension. Part of the Live Aid generation, I watched the Berlin Wall come down and was deeply affected by atrocities of the 90s which unfolded nightly on Channel 4 news (Dad’s channel of choice). Therefore, as soon as I finished college I began working in policy and communications at Front Line, the International Foundation for the Protection of Human Rights Defenders. That work brought me to Guatemala where I worked as a Human Rights Observer with CALDH an organization seeking justice for the survivors of genocide there. I went on to work with the Jesuit Refugee Service at their European office in Brussels and at a refugee camp on the outskirts of Beirut.

By the time I found myself training as a Barrister in London in September 2005, Kim had just embarked on yet another adventure, leaving the UK to pursue her own passion for travel and the outdoors in Asia and Australia. She spent the next two years in the southern hemisphere, while I worked as a civil liberties barrister in London, specializing in asylum law, and juvenile justice at the charity, Just for Kids Law. ?Eventually, I felt the pull back to Ireland, where I cross-qualified to the Irish Bar in September 2011. Kim had returned to Ireland a few years previous to that, and begun her second career as a Management Consultant, specialising in strategy and change transformation with Deloitte Consulting.

I found the transition to the Irish Bar extremely difficult. Success was determined by your familial or political clique rather than merit, which created a classist ‘system? that could only be broken after 8-10 years of self-funding. I soon realized that this was not how I was going to earn my keep, and decided that I’d put my activist energies into my position as Board member of the Irish Refugee Council, and investigation work for the Ombudsman for Children’s Office.

They say necessity is the mother of invention – I had always harboured ambitions to start my own company but had been putting it off until the right time. I mentioned the idea of starting a company to Kim. Fortuitously, she had always wanted to do the same and after 10 years in finance and consulting felt it was time to go out on her own and explore her own creativity. We brainstormed a few ideas, decided on the concept, the name, and bought the domain that evening. Coldlilies.com was born!

What brought you in this direction? Who were your influencers?

Kim: We are passionate about nurturing designer talent and making this talent accessible to everyone! The inspiration for Coldlilies came from years of international travels, browsing marketplaces and boutiques, and collecting eclectic and unique pieces of jewellery. ?We decided we wanted to curate an online boutique that would give us, as well as fashion-lovers everywhere, access to a tight edit of the quality and unique, hand-finished and design-led jewellery pieces from the most exciting up-and-coming independent designers.

Ciara: We are also inspired by Internet entrepreneurs, like Natalie Massenet of Net-A-Porter, who saw the market for luxury fashion online when everyone else thought she was crazy! We love high fashion editorial sites like Net-A-Porter, Mr Porter and The Outnet, and we wanted to mirror their approach by creating an online retail platform, which would allow independent designers to compete with the luxury fashion brands housed on these sites.

Where do you think you sit in the Irish jewellery market?

Ciara: As we’re online, we definitely see ourselves as a global brand with Irish roots. The name Coldlilies derives from the W.B Yeats poem ?He Remembers Forgotten Beauty?: “The dew-cold lilies ladies bore”.

Kim: Starting out we saw a real need to re-position independent jewellery design to sit within the fashion/style, rather than the craft/gifting, space. Rather than targeting the traditional gifting market, we are catering for the next generation of financially independent, style conscious, and digitally savvy woman, who want something unique and are not waiting for someone else to gift it to them!

So what’s on each of your lust lists right now?

Kim: I adore all of Kirsten Goss’s pieces; I have a thing for symmetry, angles and sharp edges. ?What I love about her Mary J Earrings is how discreet they are when looking at them head-on but a turn of the head unveils a touch of unexpected glamour.

Ciara: I’m obsessed with Kat & Bee’s rings. Kat has a real eye for fashion. The detail in her rings is incredible. You can pick one up for as little as €85 but my favourite AW13 piece is the West Broadway Ring – a silver skull and blood-red rose set in gold-wire and beading – gorgeous!

What marketing tips can you pass on?

Ciara: I think the Marketing Mix/ 5Ps (that’s Product, Price, Promotion, Place and People) are as relevant today as ever, but the key to a successful business – online, offline, or outer space(!) – is a great a product.

Kim: The marketing tools we use today are evolving constantly and it’s so essential to keep on top of new technologies – ever-learning, ever-evolving.? However, two things remain constant: fundamentally, consumer behaviour does not change, and being able to analyze and use data effectively is pivotal.

How do you see people’s habits in jewellery shopping changing?

Ciara: I think jewellery as an industry is going to explode. Women are only beginning to buy and invest in jewellery for themselves so I think it’ll soon join bags and shoes as the next big discretionary spend.

What are the upcoming trends for next year?

Ciara: In terms of jewellery, it’s less about what you wear and more about how you wear it. Earrings should be worn cuffing the upper part of the ear, cuffs should be worn halfway up the arm, and rings should stop on the upper section of the finger. The Spring/Summer 2014 collections featured a lot of tribal inspired statement earrings and neckpieces in bright colours and ocean hues. If you invested in neon or monochrome pieces this year, they’re not ready for the charity shop yet – they were all over the NYFW and LFW catwalks.

What did you find most stressful and most enjoyable about setting up the business?

Kim: Most stressful would probably be finding the right people to work with; be they employees or industry partners. Most enjoyable would definitely be working for myself, working with Ciara, and building something from nothing.

Ciara: As a bootstrapped business, it’s hard to avoid getting “bogged down” in the day-to-day, and to take time to reflect on our achievements so far. I love working in the creative industries and with talented designers, as well as in the constantly evolving digital space. Oh and going on business trips with my best friend!

What was your ?high five? moment?

Kim: Securing pioneering fashion designer Una Burke before we even launched, seeing our first press piece, ?being named in The Irish Times ?Names to Watch in 2013? ‘so many!

Ciara: More recently, moving into our London studio in The Trampery – next door to LFW designer, Holly Fulton, and being shortlisted in the Creative Industry?category for The IMAGE Businesswoman of the Year Awards 2013.

If you weren’t doing this what would you be doing?

Kim: I think we would have started something else or I may have moved abroad. ?This is my 3rd career so far so it would certainly be different?!

Ciara: I would love to write more. Ideally I’d like to become a social/ political commentator as an adjunct to running my own enterprise. I think I’m the archetypal portfolio careerist!

What most people don’t know both of you is?

Kim: My guilty viewing pleasure is the sports programme A League of Their Own. ?No other programme makes me cry laughing. Every time.

Ciara: I have a cup of tea and a piece of dark chocolate in bed before I go to sleep at night!

What music are you loving right now?

Kim: I’ve been listening to a lot of Jazz from the 50’s, and 60’s recently: Herbie Hancock, Miles Davis, and Dexter Gordon. My Dad’s influence?and Spotify making it happen!

What fashion label are you loving right now?

Kim: I really like VB AW13 and everything from Holly Fulton’s SS14 collection?

Ciara: I’m a fan of Topshop’s Unique collection – I’ve been eyeing the AW13 sequin pencil skirt for a while. Isabel Marant’s dresses for H&M look gorgeous too.

What beauty product can you not live without?

Kim: Clarisonic – I was late to the party with this one but because my skin is prone to breakouts, I couldn’t do without.

Ciara: I’ve just stocked up on Philosophy products in NYC. The Microdelivery Daily Exfoliating Wash is amazing for combination skin.

What perfume do you wear?

Ciara: I’m afraid to say it’s the same – which comes in handy when we’re travelling!

Coldlilies are holding a Fashion Talk at the RHA Gallery this coming Saturday, the 16th of November, featuring leading fashion industry insiders including our own fashion editor, Sive O’Brien, as well as a gorgeous pop up shop. Check out their Facebook page for all the details