Should we really give children First Communion money?

Holy Communion season is upon us again and with that comes excitement for many little boys and girls. Rarely is that excitement because they’re eager to receive the Eucharist for the first time. Normally it’s more about the thick wad of cash that tends to come with it.

When I was a child, communion time in school consisted of boasting about your ‘total’ or bragging about what you’d bought – everything was designer label, everything was expensive. I hadn’t received near as much money as my classmates, and I felt uncomfortable and embarrassed everytime someone would ask. The teasing and laughing forced me to lie and tell them, “I haven’t gotten around to counting it yet”…  I wish someone had let those kids know that keeping a running total isn’t the best idea (not to mention telling everyone about said-total).

One in four receives more than €800

Traditionally, the ceremony is a big step in a child’s religious life – their first step since baptism. It celebrates a Catholic’s first receipt of the Body of Christ and paves the way for their Confirmation. But that tradition seems less important to people these days.

Now, a child’s Communion day revolves around money-filled cards, expensive clothes and bouncy castles. According to a survey carried out by Ulster Bank last year, the average child will pocket €570 from family, friends and neighbours. Think that’s excessive? One in four receives more than €800, while 13% are given over €1,000.

Call me Scrooge, but I don’t think that’s right. 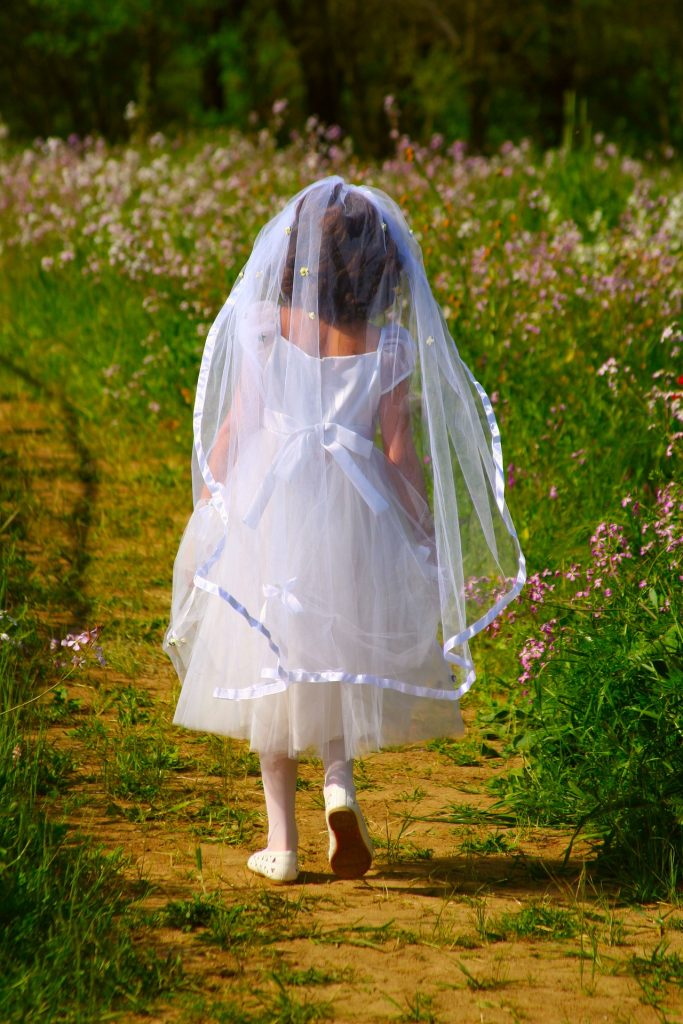 Once they’ve received their first Holy Communion, it’s expected children will continue to attend mass every week. But figures show mass attendance falling steadily. The 2016 Census shows a 6% drop in Irish Roman Catholics since 2011, while almost 500,000 people said they’d no religion at all. Not only that, the European Social Survey revealed only one in 10 young Irish Catholics goes to a religious service every week. If ‘Catholic’ families have no real interest in practising their faith (and only enter a church for a communion, wedding or funeral) why reward the child for nothing but dressing up for a nice ‘day out’?

Why not use it for good?

Things are unlikely to change – Irish children will probably continue to make a fortune on their communion day. But instead of leaving them to spend it on sweets and video games, use your child’s sudden acquisition of money as an excuse to open a bank account for them. It’s what my parents did for me and I’m grateful for it. While at the time I desperately wanted a new toy, hindsight has proved saving is smarter. The small amount I’d lodged in 1999 came in very useful during my college years.

Alternatively, encourage your little one to donate a small amount to a charity of their choice – it’ll help them realise how lucky they are and not to take things for granted.

Lastly, rather than gifting money, consider giving more thoughtful presents. Bake the child their favourite dessert, or promise them a day out to the park or cinema. Frame a photo of their special day and write a loving message on the back.

If money is tight, or you don’t agree with giving money to a seven-year-old, remember there are other options out there.