Cawl (sounds like cow) is called “lobscows” in North Wales and is a sailor’s stew which has similar sounding dishes in countries that have shorelines along the Baltic Sea – Sweden, Germany, Latvia, Lithuania. Years and years ago, when cauldrons simmered in the fireplace, you might add vegetables as they became available. And while you were working in the fields, it kept doing its magic, so, when you returned, famished, it was ready to dish out. This version has no meat, but I’ve included a non-veg additional step at the end.

Method
Put the onions and leeks in a pan with a glug of oil and saute? with a pinch of salt until soft, 10 minutes or so.

Stir in the rest of the peeled, chopped vegetables, the herbs and the water, bring to a boil, then turn down the heat and simmer until the vegetables are all tender, around 30 minutes.

Add the butter beans with the liquid and stir through. Keep at a gentle simmer, and season to taste. (At this point, it’s technically ready, but can be left now at the lowest setting, to wait for you.)

Serve in bowls (traditionally wooden ones, with wooden spoons, but hey), sprinkle with chopped parsley. On the table, offer a chunk of cheese and the grater, and the salt and pepper.

Non-veg option
Add small pieces of browned lamb (fried up quickly in hot oil before you fry the onion, remove from pan and set aside, adding back in at step 2). Traditionally, cheap cuts like the neck were used, so the longer you simmer, the less tough the meat; taste to see and keep adding water if it gets too thick and risks catching at the bottom. 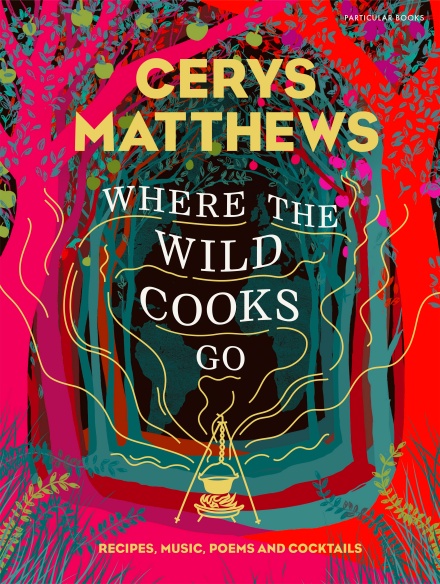 Extracted from Where the Wild Cooks Go: Recipes, Music, Poems and Cocktails by Cerys Matthews (Particular Books, approx €28), out now.

Join Cerys for some chat and music in Dublin on September 24, https://www.penguin.co.uk/events/2019/cerys-matthews-where-the-wild-cooks-go-tour/