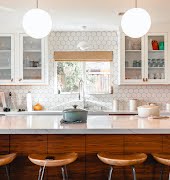 What a year it’s been. As 2019 draws to a close, we’re looking back at some of the most talked-about celebrity stories from the past 12 months

From royal family members suing the press to social media influencers becoming private detectives – a lot has happened in the showbiz sphere over the past 12 months. Here we’re looking back at some of the most talked-about celebrity stories of 2019.

Are they or aren’t they? 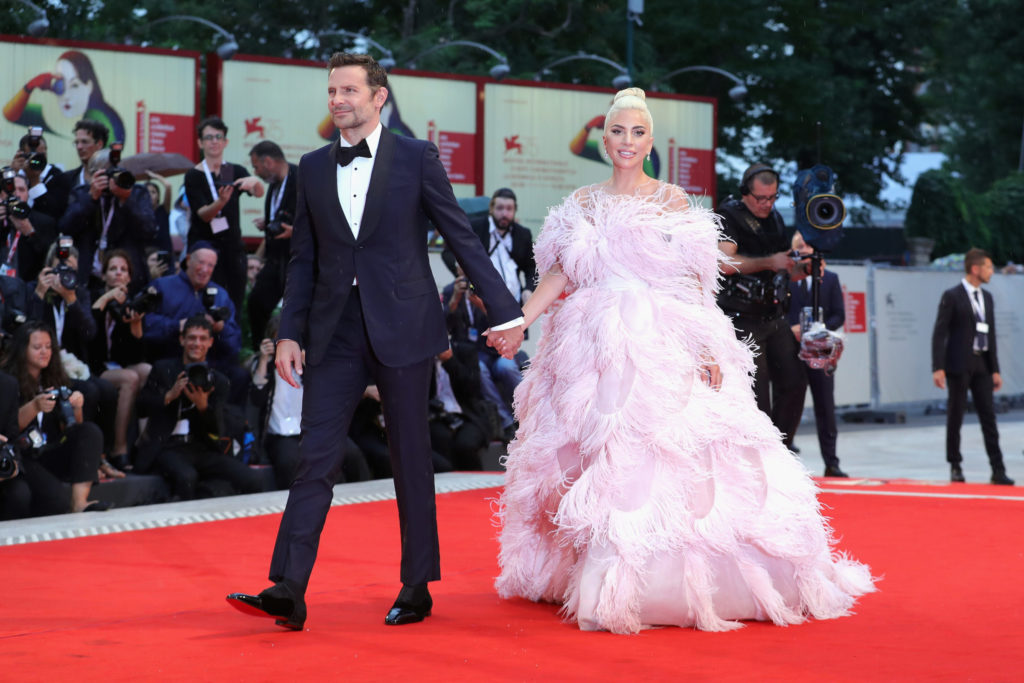 There’s no doubt that Lady Gaga and Bradley Cooper had brilliant on-screen chemistry when they co-starred in A Star Is Born. While some fans speculated whether or not they had fallen for each other in real life, the majority of us put the chemistry down to good old Hollywood acting.

But, when the pair performed their hit song Shallow together at the Oscars in February 2019, rumours quickly spread that their onscreen love was in fact real. These rumours were fueled by interviews in which both Gaga and Cooper fawned over each other’s incredible talents, and even more so when Cooper separated from his long-term partner Irina Shayk in June.

Not only did rumours circulate online, but so too did memes poking fun at the couple’s deep infatuation with each other. “Find someone who looks at you the way Lady Gaga looks at Bradley Copper,” people joked.

However, speaking to Oprah in Elle magazine, Gaga described the rumours as “silly”, adding, “I mean, we made a love story. For me, as a performer and as an actress, of course we wanted people to believe that we were in love. And we wanted people to feel that love at the Oscars.” That’s us told, then.

Caroline Calloway and her ghostwriter 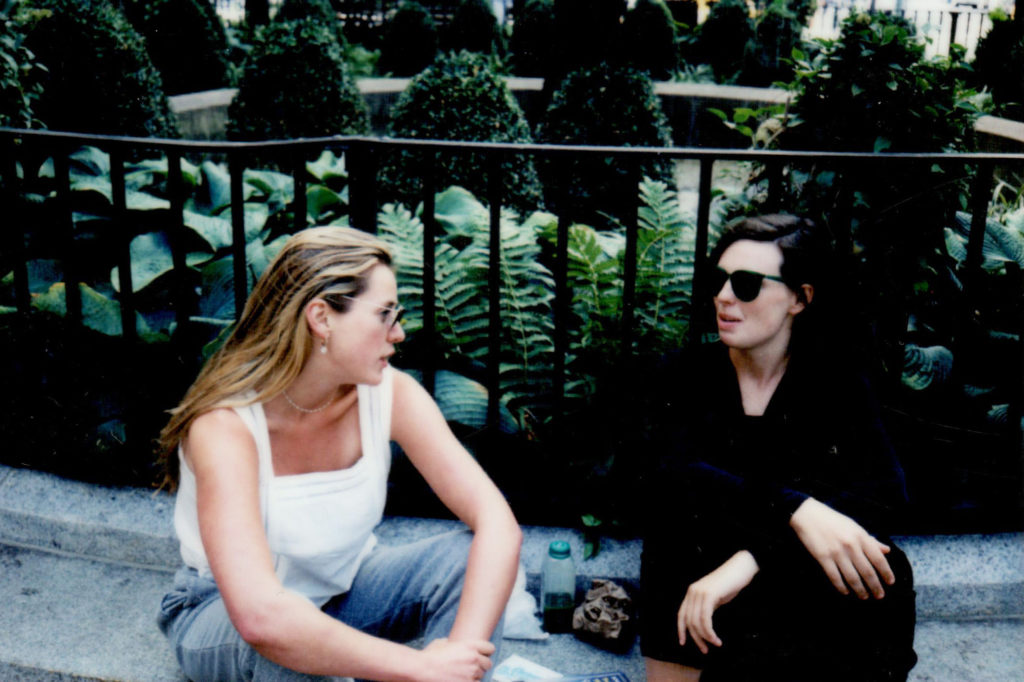 In September, our eyes were opened to the realities of influencer culture; namely the fact that you can’t believe everything you see or read on Instagram.

Caroline Calloway – an American social media influencer with more than 720,000 followers – was the subject of an essay by her former friend, Natalie Beach for the Cut. In the essay, Natalie claimed she had helped to curate Caroline’s public persona; both by taking her photos for social media, crafting the lengthy captions, and later ghost-writing Caroline’s book proposal (a memoir about the supposed life Caroline had built for herself).

The essay also accused Caroline of being a neglectful friend, someone with a poor work ethic who dabbled in substance abuse.

With millions of social media users tuning into the lives of influencers every day, this quickly became one of the most discussed stories of the year. 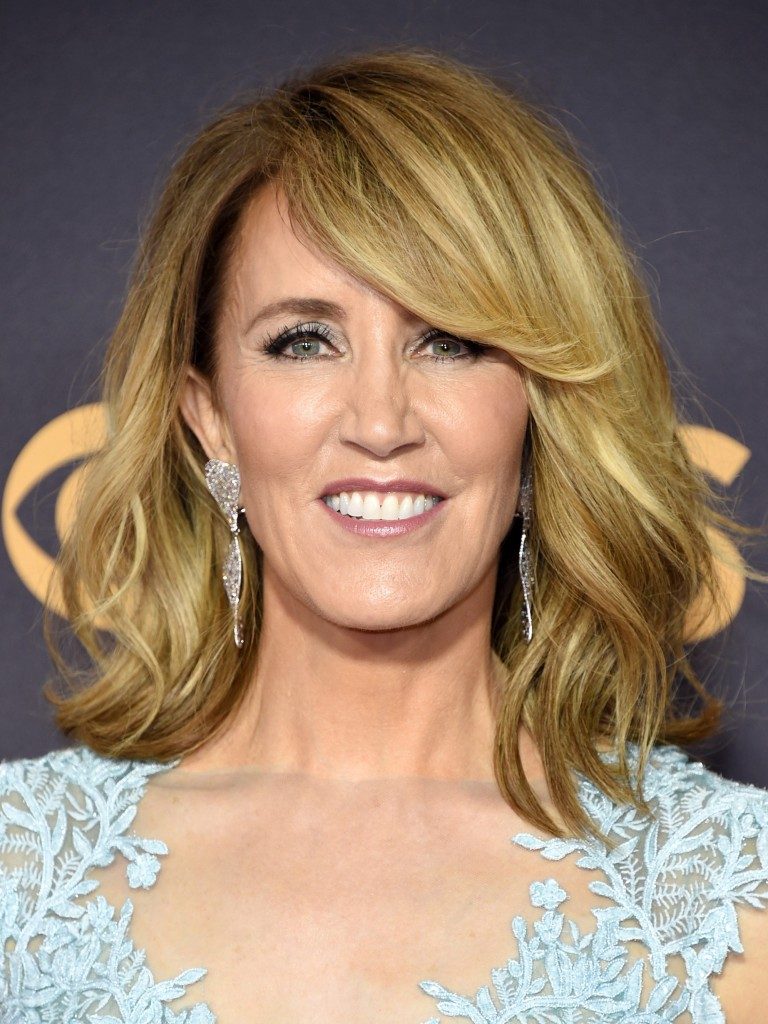 Former Desperate Housewives’ star, Felicity Huffman, pleaded guilty in May to fraud and conspiracy, after she paid $15,000 to a college admissions consultant to alter her daughter’s SATs score. It was a failed attempt to ensure her daughter would be accepted into her preferred, prestigious college.

In addition to a 14-day prison sentence, the actress was given a year’s probation, a $30,000 fine and 250 hours of community service. A spokesperson for Huffman told People magazine that she, “reported to the Federal Correctional Institution in Dublin, California” in October.

The 57-year-old accepted full responsibility for her actions, admitting there was no excuse for what she did. In a statement released after her sentencing, she said, “I would like to apologise again to my daughter, my husband, my family and the educational community for my actions. And I especially want to apologize to the students who work hard every day to get into college, and to their parents who make tremendous sacrifices supporting their children.

“I have learned a lot over the last six months about my flaws as a person. My goal now is to serve the sentence that the court has given me. I look forward to doing my community service hours and making a positive impact on my community… I can promise you that in the months and years to come that I will try and live a more honest life, serve as a better role model for my daughters and family and continue to contribute my time and energies wherever I am needed.” 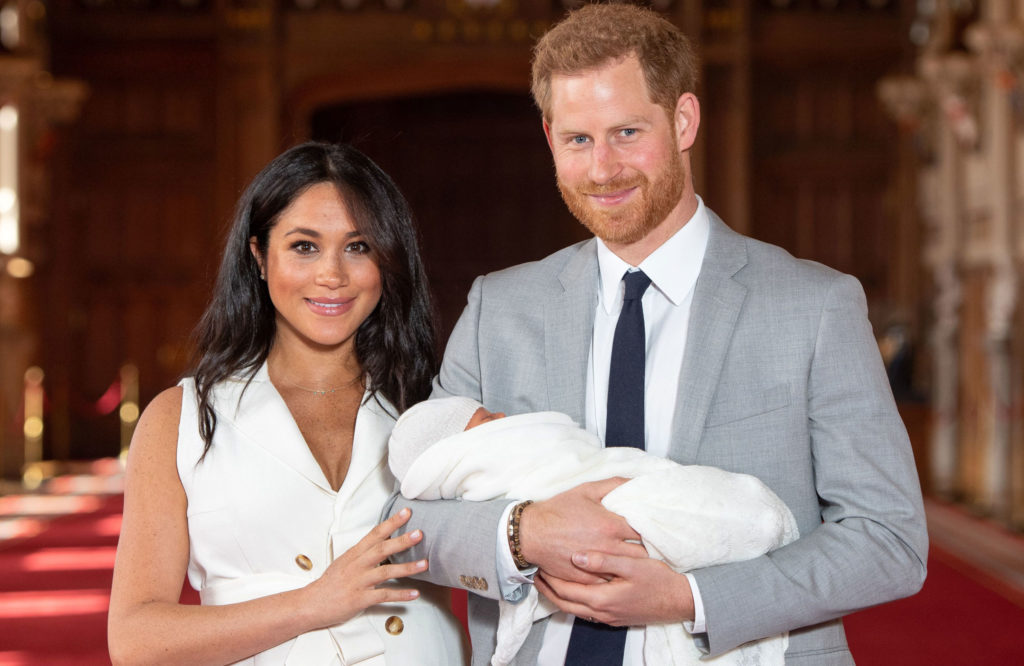 In a surprising royal family first, the Duke and Duchess of Sussex took legal action against the British press. The formal announcement was made by Prince Harry in October, following months of alleged “misrepresentations” of Meghan Markle in the Mail on Sunday. Harry said he lost his mother, Princess Diana, following conflict with the press, and that he fears history will repeat itself.

“As a couple, we believe in media freedom and objective, truthful reporting,” he wrote in a statement. “Unfortunately, my wife has become one of the latest victims of a British tabloid press that wages campaigns against individuals with no thought to the consequences – a ruthless campaign that has escalated over the past year, throughout her pregnancy and while raising our newborn son.

“Up to now, we have been unable to correct the continual misrepresentations,” he added, “… It is for this reason we are taking legal action, a process that has been many months in the making.

“This particular legal action hinges on one incident… The contents of a private letter were published unlawfully in an intentionally destructive manner to manipulate you, the reader, and further the divisive agenda of the media group in question.

“In addition to their unlawful publication of this private document,” Prince Harry wrote, “they purposely misled you by strategically omitting select paragraphs, specific sentences, and even singular words to mask the lies they had perpetuated for over a year.

“There comes a point when the only thing to do is to stand up to this behaviour, because it destroys people and destroys lives. Put simply, it is bullying, which scares and silences people…

“Though this action may not be the safe one, it is the right one. Because my deepest fear is history repeating itself. I’ve seen what happens when someone I love is commoditised to the point that they are no longer treated or seen as a real person. I lost my mother and now I watch my wife falling victim to the same powerful forces.” 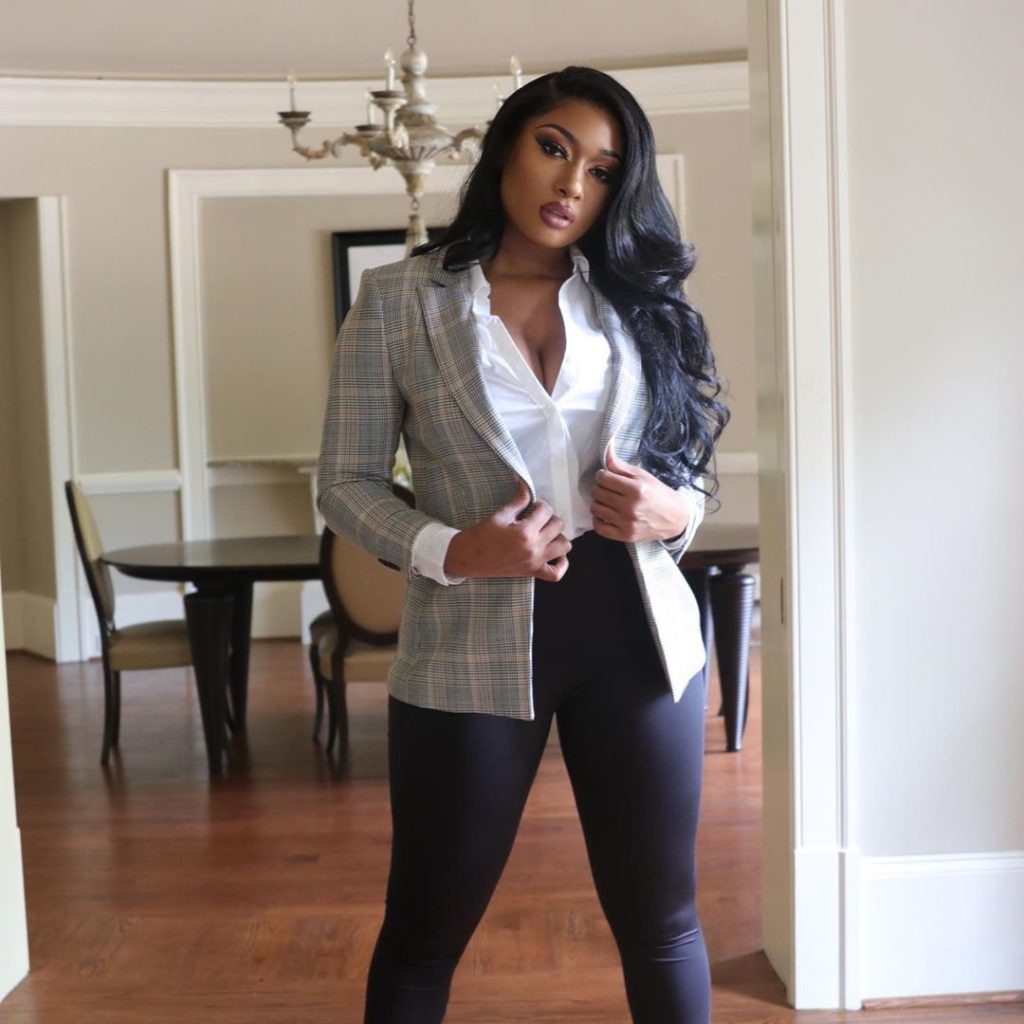 Originating from Texas-born female rapper Megan Thee Stallion, ‘hot girl summer’ became one of the most-used phrases of 2019. According to TIME magazine, it was used almost four million times across Instagram and Twitter in the month of July alone.

The musician (who is also passionate about the environment and holds ‘Hottie Beach Clean-Ups’) says the phrase is about being empowered; about being confident in your own skin and not caring what anyone thinks. In an interview with the Root, Megan Thee Stallion said, “It’s basically about women (and men) being unapologetically them, just having a good-ass time, hyping up your friends, doing you, not giving a damn about what nobody gotta say about it,” she said.

Throughout the summer, social media exploded with everyday people, in everyday situations, saying they’re having “hot girl summers”; from medical students in their hospital scrubs to friends hanging out in their pyjamas. Celebrities got onboard too – with Jada Pinkett Smith and Jordyn Woods being just some of those involved. 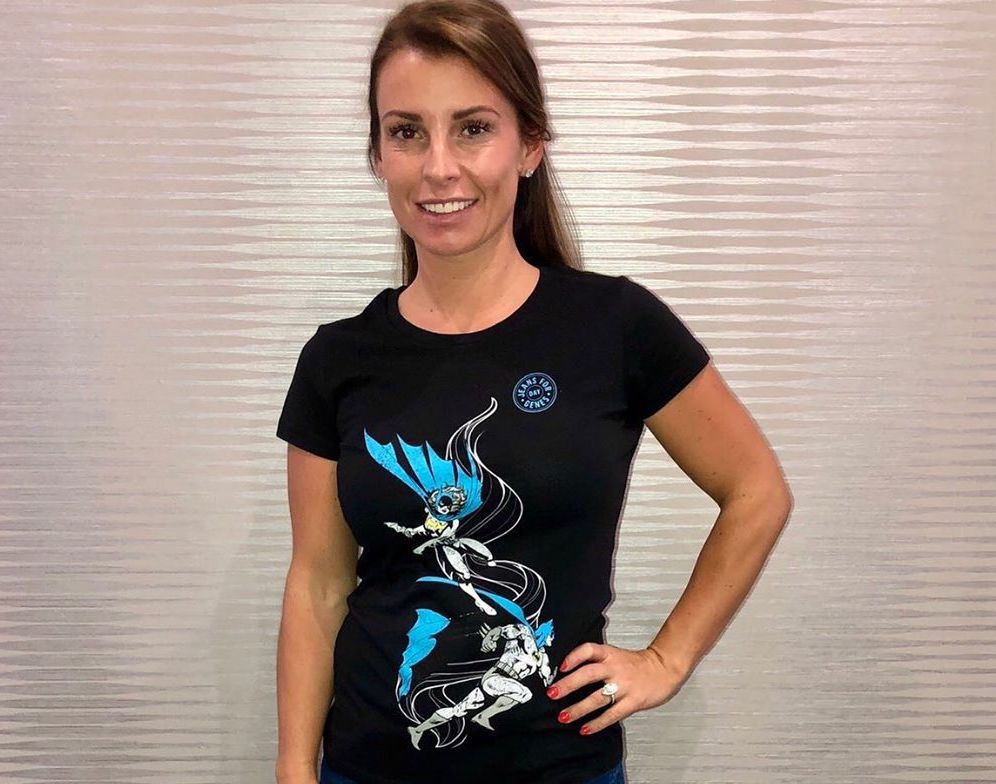 “It’s… Rebekah Vardy’s account” became one of the most talked-about celebrity quotes of 2019.

It all started in early October when Coleen Rooney (social media influencer and wife of footballer Wayne Rooney) claimed a fellow footballer’s wife had been leaking stories about her to the media. According to the WAG, it was Rebekah Vardy (wife of player Jamie Vardy) behind it all.

Taking to Twitter, Coleen said, “This has been a burden in my life for a few years now and finally I have got to the bottom of it…” Immediately, her followers were hooked. It seems Coleen suspected Rebekah Vardy all along, and so she set up an elaborate plan to prove her theory. This detective-like move earned Coleen Rooney the nickname, ‘WAGatha Christie’.

“I blocked everyone from viewing my Instagram stories except ONE account,” she explained to fans. “Over the past five months, I have posted a series of false stories to see if they made their way into the Sun newspaper. And you know what, they did.”

“It’s been tough keeping it to myself and not making any comment at all, especially when the stories have been leaked, however, I had to. Now I know which account/individual it’s come from.

“I have saved and screenshotted all the original stories which clearly show just one person has viewed them. It’s… Rebekah Vardy’s account.” 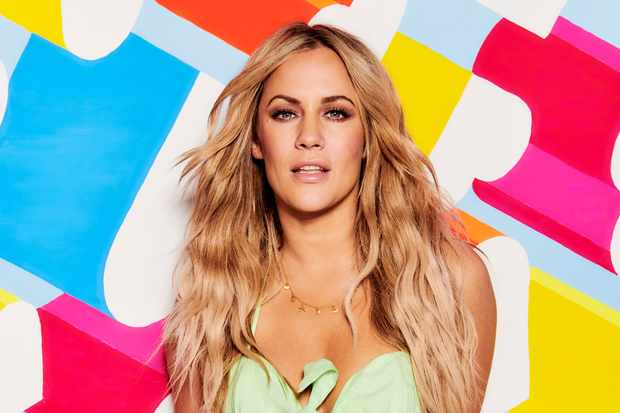 Most recently, showbiz fans have been gripped by the ongoing news about Caroline Flack. The UK-based TV presenter stood down from her role as host of Love Island this December, following an arrest for assault. The arrest came after a domestic incident involving her boyfriend, Lewis Burton.

In a statement shared on her social media account, the 40-year-old said, “There have been a significant number of media reports and allegations in regards to my personal life. While matters were not as have been reported, I am committed to co-operating with the appropriate authorities and I can’t comment further on these matters until the legal process is over.

“However, Love Island has been my world for the last five years, it’s the best show on telly. In order to not detract attention from the upcoming series, I feel the best thing I can do is to stand down for series six. I want to wish the incredible team working on the show a fantastic series in Cape Town.”

Read more: Bill Gates has revealed his 5 favourite books from 2019

Read more: Meghan Markle and the hypocritical media reporting of the royal family