She’s a beloved Irish author who has sold millions of books worldwide, but even she struggles when it comes to that dreaded inner-critic. Cathy Kelly spoke to Jennifer McShane about her latest novel ‘The Family Gift,’ new beginnings and the challenges of keeping her stories fresh

As soon as I start talking to Cathy Kelly, it’s like I’ve known her for years. Similar to her novels, it’s like catching up with an old friend. This time, however, it’s like we’re reminiscing after decades-long friendship being that her newest book The Family Gift is her 20th novel. I can’t believe it’s number 20 and neither can Kelly.

“Oh, either can I!” laughs Kelly when I mention the number.

The Family Gift tells the story of Freya, a woman who, on the outside, has it all: wonderful family, blossoming career and a new house. Except that, well, family life is messy, she’s struggling to keep up with social media pressures as a TV chef and she has Mildred to contend with – the name she’s given to the nagging voice in her head who criticizes her every move.  It’s a wry, funny and warm look at the complications of modern life with a style that is a departure for Kelly – this is the first time she’s written in the first person.

“There’s a lot of natural progressions and as you mature and develop you – as well as the writing – change. For this one, I made a conscious decision to write in the first person, which I knew would change it straight away, and I loved doing that”

“It just changed how I wrote. In this way, more of ‘me’ shines through. When I sit down to write, I’m always thinking of the next book, so I’ve always got loads of ideas in my head. But you do want to progress all the time. I love when writers I love change things around – they are still able to retain what makes them ‘them’ yet become very modern, so I strive to do this, in my own way.”

Mildred may be a battle for the character of Freya but it’s this element of the story arc that feels the most relatable. We all have that voice, named or not, and Kelly says this was her favourite part of the novel to write – and, tellingly the easiest.

“To be honest, I had to take out a lot of Mildred out – she was nearly getting her own book – because I found I was drawing on my own inner voice, willing her to the surface more. I wondered if that ‘voice,’ the one who never gives us a break, is a particularly feminine characteristic, but I know that’s not necessarily the case.

“I found it especially reassuring when I was talking to other people for the book and they said, ‘yes, I have that too!’ I know that not everyone has a ‘voice’ like that but I am envious of those who don’t have something second-guessing them all the time”

It seems strange that a writer as successful as Kelly would have bouts of self-doubt and imposter syndrome but she says she certainly not immune to either. She agrees it’s very much a common denominator among women in a work environment and that hers reared its head years ago, in her early journalism days. Despite years in the field, she says she constantly feared she was awful at her job and would be ‘found out’.

“It’s a complex thing,” she admits. “I had enormous imposter syndrome when I started in journalism. I feel I talked my way into the job – I think a lot of us do in journalism – and every week if my byline wasn’t in the paper, I would think, ‘that’s it, they think I’m awful at my job and I’m going to be found out and fired.’

“And then when I was first published as a novel, it reared its head again and I thought that’s it, they found me out and all the negative things they are saying is true. Because you might have five lovely reviews and one bad one but my god, do you remember the horrible ones – they burn into the back of your eyelids”

Her advice? To just do ‘the thing’ you think you can’t.

“Funny enough, a lot of the confidence I’ve got in later years I’ve gotten from journalism and writing pieces to promote the book because I sit down and say, there, you’ve done it! Look, you can actually do that and talking myself mentally through the fear.  It was the same with short stories which used to fill me with absolute FEAR – until I sat down and wrote my own. And it’s so wonderful, the confidence you get from doing that. But even now, I’ll write and write and then send it to an editor and sit there in terror until I get some feedback.

“So for this one, I thought, yes, I’m going to write about how I actually feel [through Mildred and Freya] which is often afraid and insecure, despite having to appear strong, and there’s great comfort in that – to know that it isn’t just you.

“There’s a power in that, in reclaiming who we are and not thinking we have to be the visions of ourselves which might exist in someone else’s head. We can be different. And that is empowering all by itself.” 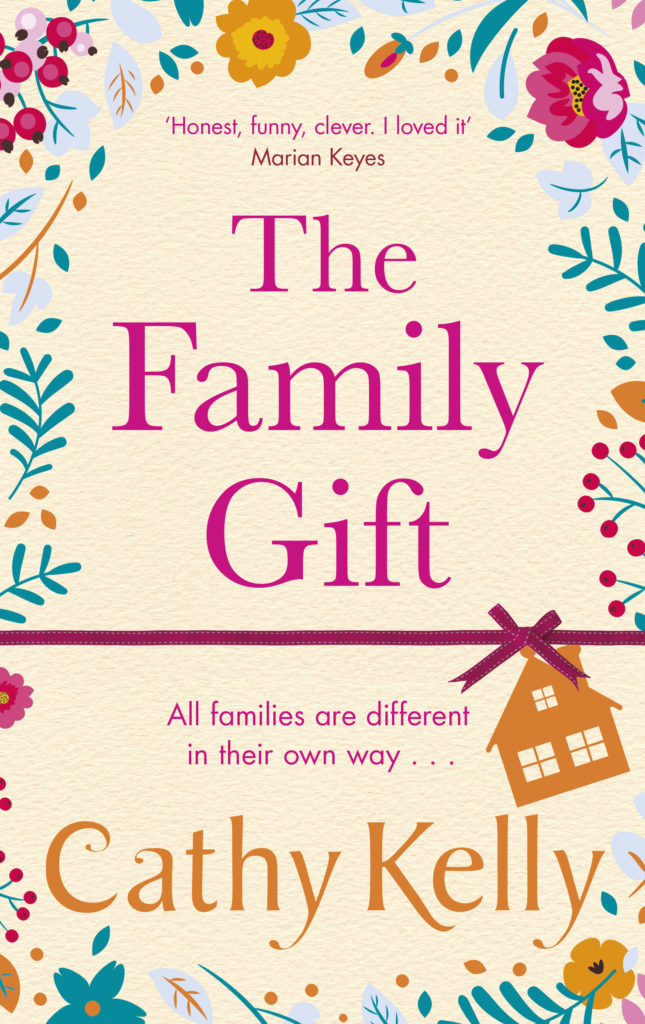