Cumberbitches/lovers/babes rejoice! The people over at Chocolatician?have pondered hard over exactly what you might want for Easter and come up with a hopping mad idea – a €50 Belgian chocolate bunny with the freakishly accurate face of Benedict Cumberbatch on it. Yep.

The creation is described as “a delicious Belgian chocolate rabbit with a handsome face and a tasty bottom” that will “spring from his white warren box with a beautiful orange ribbon and easter bunny tag”. We’re not sure what we would make of this if we were presented it in a few weeks time, but we get that he has a dedicated fanbase that like to compare him to?wild animals. They’ll probably seriously dig this. 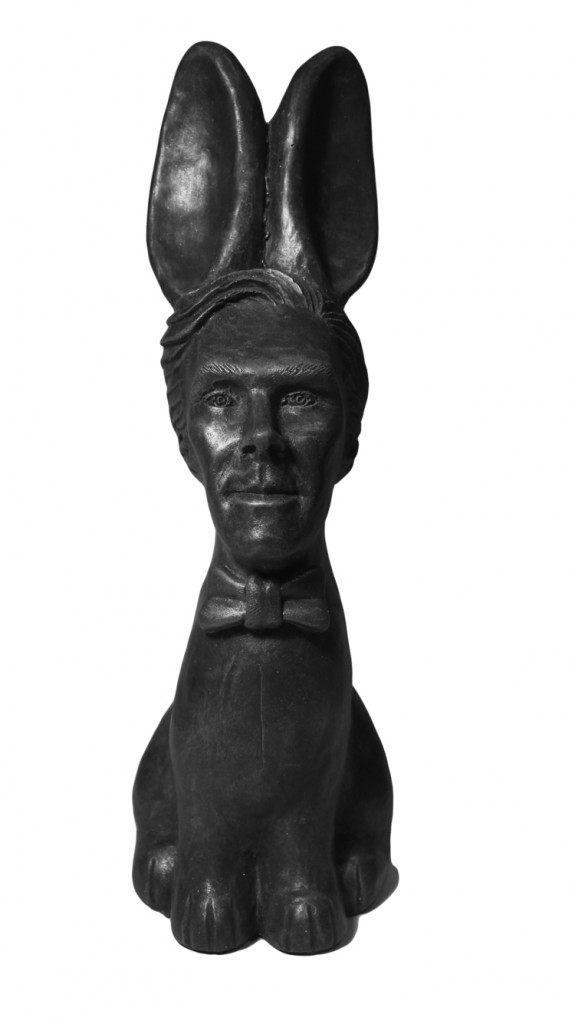 I mean, we get that he has a bowtie (the man undoubtedly has style) and he’s covered in shimmering dust (he’s got the other-worldly thing going with his waxy skin and sonorous voice), but the rabbit ears? Creepy.

Cumberbunnies!! Still time to bid on a very special one…. 24hrs to go. @http://wp.me/P7gIoq-w via @wordpressdotcom pic.twitter.com/cAqCgQj5Ea

You may not have ever thought you needed to see this but now it’s here and you’re slightly…. disturbed yet peckish?