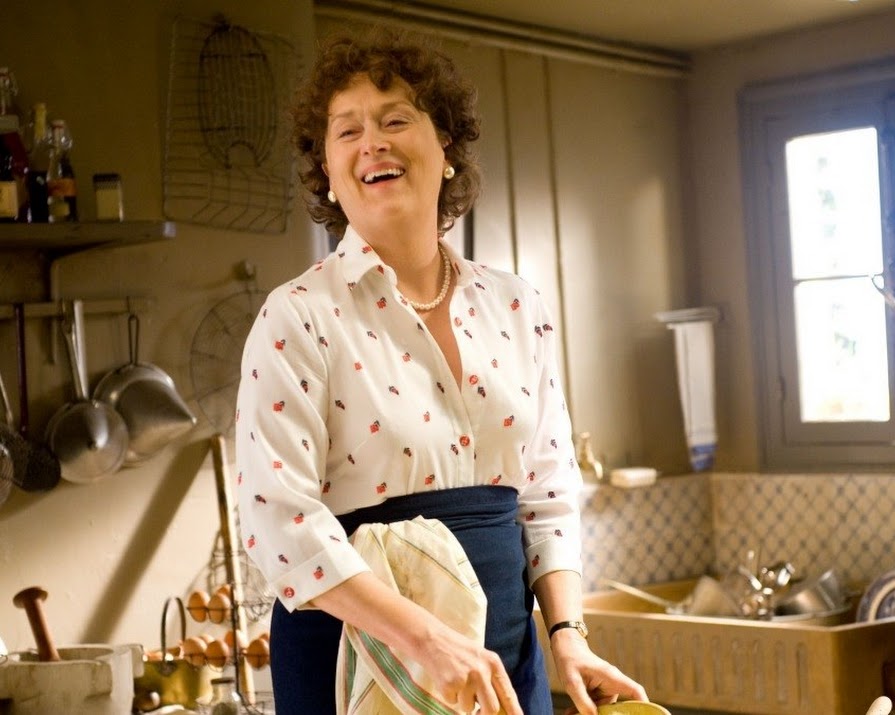 When it comes to great food on our screens, much like choosing a restaurant, it’s about more than just the food. I’m looking for entertainment, a bit of education, some good storytelling and a bit of suspense in there too. Basically, something to keep me interested beyond the perfect icing or slow-mo chopping. For me, these are some worthy watches, a feast for the eyes and good TV to boot. 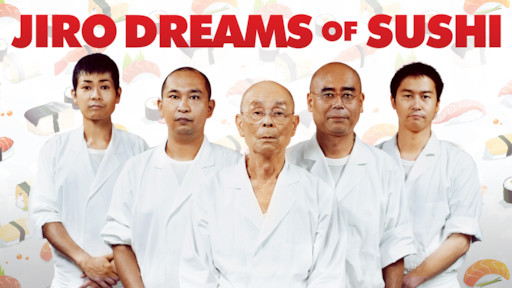 If you loved Chef’s Table, then Jiro Dreams of Sushi is a must watch. It’s directed by David Gleb, one of the Chef’s Table creators and this was his first foray into this style of food documentary, focusing on one chef, and telling his story in depth. And what a chef to focus on. Jiro is a master of his art yet he still struggles for perfection and we watch as his son tries to step up to his father’s legacy. Beautifully shot and told, this story will keep food and non-food fans enthralled in equal measure.

Oscar-nominated Julie & Julia is a glorious example of how food on film should be — heartfelt without being sickly and full of funny moments and French cuisine. It’s based on Julie Powell’s blog and memoir of the same title interweaved with the story of Julia Child, a famous mid-century American cook played by Meryl Streep. Brought to life by rom-com doyenne Nora Ephron, it stars Amy Adams as Julie Powell cooking her way through Child’s cookbook and features food’s favourite actor, Stanley Tucci. If comfort food was a film, this would be it.

Another well made Netflix food show, this first series focuses on Asia, stopping at nine cities and telling their street food story and introducing us to some wonderful food hawkers. In Bangkok, you’ll meet chef Jay Fai whose street-side restaurant has a Michelin star and the Indonesia episode introduces us to Mbah Lindu, a 100-year-old woman who has been selling gudeg (unripe jackfruit stew) for 86 years. A pleasurable, hunger-inducing and educating watch, but maybe keep the phone nearby for food orders.

Find it on Amazon and Netflix

You might have to search to find this but it’s worth it. It’s a 90s film about a restaurant in 1950s Jersey Shore, directed by Stanley Tucci and Campbell Scott. Tucci stars in it also and you’ll see some other familiar faces. The food-filled comedy-drama focuses on two brothers who own a restaurant called Paradise, where they are struggling to find a balance between cooking authentic Italian food and what they think people want — spaghetti and meatballs. On this Big Night in question, they are preparing a feast for Italian-American singer Louis Prima, who’s in town and they are hoping will come for dinner. Drama, hilarity and everything else you’d expect ensues. All while they chop, sauté and taste. A drool-worthy and entertaining watch.

Ugly Delicious is a brilliant eight-part Netflix series where chef David Chang, of Momofuku fame, travels around the world to discover where some of his favourite food comes from. It’s not your typical food travelogue — David gets to the heart of a dish, looking at the history and culture behind how they came about and how we end up eating them. He meets up with locals and friends along the way like Aziz Ansari, Jonathon Gold and Sean Brock to discuss the virtues of certain dishes. Much like the food he’s chasing down, the show is messy and fun and will leave you feeling very hungry and adventurous. 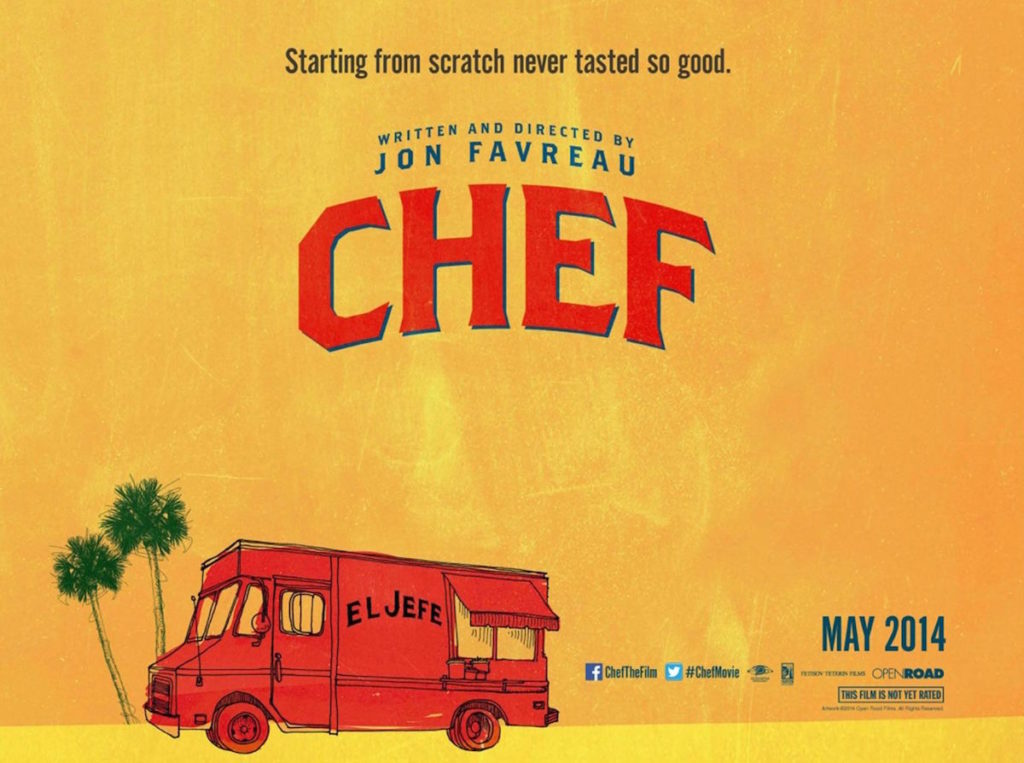 Find where to watch it here

This is like Disney for grown-ups who love food. It’s that comforting package of feel-good factor, smiling faces, upbeat music and just a touch of jeopardy but it’s still a really good watch. Jon Favreau plays a chef who starts a Twitter war with a food critic, quits his job and decides to turn his skills to a food truck. So far, so clichéd. But somehow this movie manages to deliver on the feel-good factor and still have it all. The food is not dumbed down and you will walk away yearning for a Cuban sandwich.

If you’re a fan of the Netflix Hallmark movies or a very cheesy rom-com then this is a must-see. Otherwise, avoid. I’ll put my hands up and say I’ve no problem with a thoroughly foreseeable love story, and when there’s food involved, I’m ready to tuck into a feast of cliches. Set in an overly stereotyped depiction of Toronto’s Little Italy, Emma Roberts and Hayden Christian star as two young lovers from warring pizza families who try to hide their burgeoning affair. There are kitchen montages galore and busy restaurant scenes as the families feud and the lovers break up and makeup. Predictable perfection, with pizza thrown in. 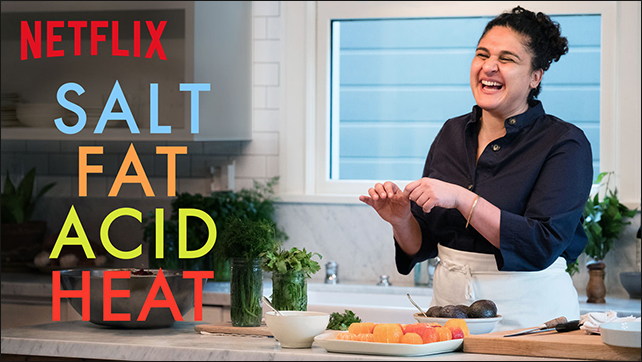 This superb Netflix four-part series is based on the award-winning book of the same name by Samin Nosrat. Salt, Fat, Acid, Heat is a masterful guide to cooking, broken down into these four elements. Samin travels to Japan, Italy, Mexico and California meeting experts and hands-on cooks to delve more into these kitchen basics, how and why they came about and how they work to make our food taste great, all the while cooking some feasts and delivering recipes for us to cook at home. It’s a refreshing take on a food travelogue and a joy to watch.

Read more: What to do in Bray: The best places to eat and drink in this seaside town