Eight of the best ice-cream shops for the heatwave

We are set to have some scorching weather this weekend and there’s nothing better than catching a few rays with an ice-cream in hand. So, we combined a list of some of the best Irish ice-creams around the country to spend your weekend testing.

Opened by Sean and Kieran Murphy in Dingle in 2000, this family business is such a success they have expanded across the country. Their motto is “ice-cream that knows where it’s coming from”  and they don’t use any colourings, flavourings or powdered milk to create their delicious blend. They even make their own sea salt from Dingle sea water and distill Dingle rain to make their own sorbets! Some of their infamous flavours include cookies, caramelised brown bread and Dingle sea salt. 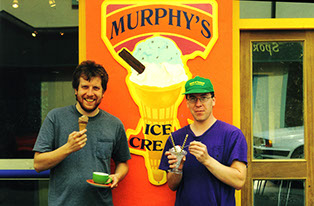 If it’s a classic 99 you’re after, head to Teddy’s; they even have a vegan whippie. This famous ice-cream shop has become a household name on the south-side of Dublin since its opening by Edward Jacob in 1950. The original joint was sold in the late 1980’s, but it’s now open as a gorgeous café overlooking amazing views of Scotsman’s bay. They also have a shop in Bray and a van at the pier in Dun Laoghaire! 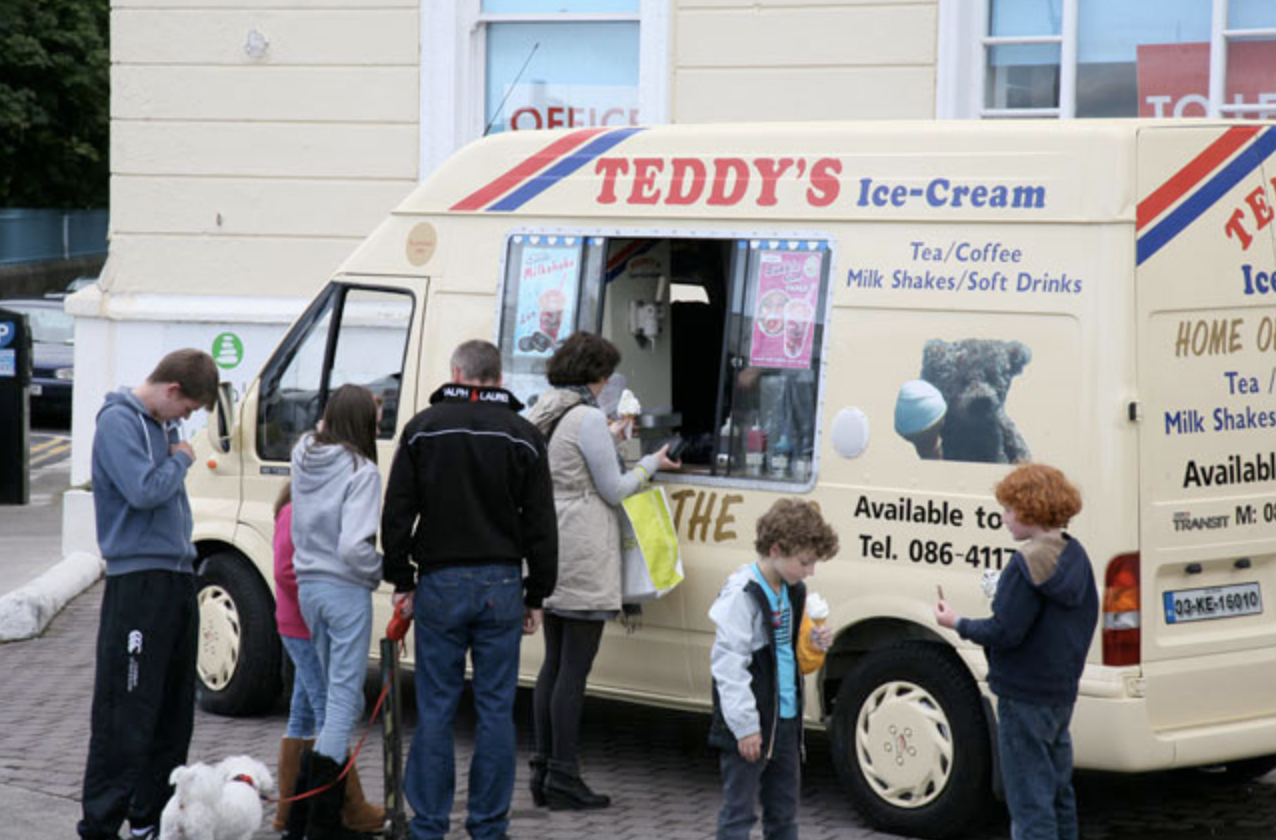 Visit Cafe Linnalla in Clare if you’re looking for something a little bit fancier like a Knicker Bocker Glory or Banana Boat. All ice-cream is made with their own milk and cream, with sundaes costing €8. 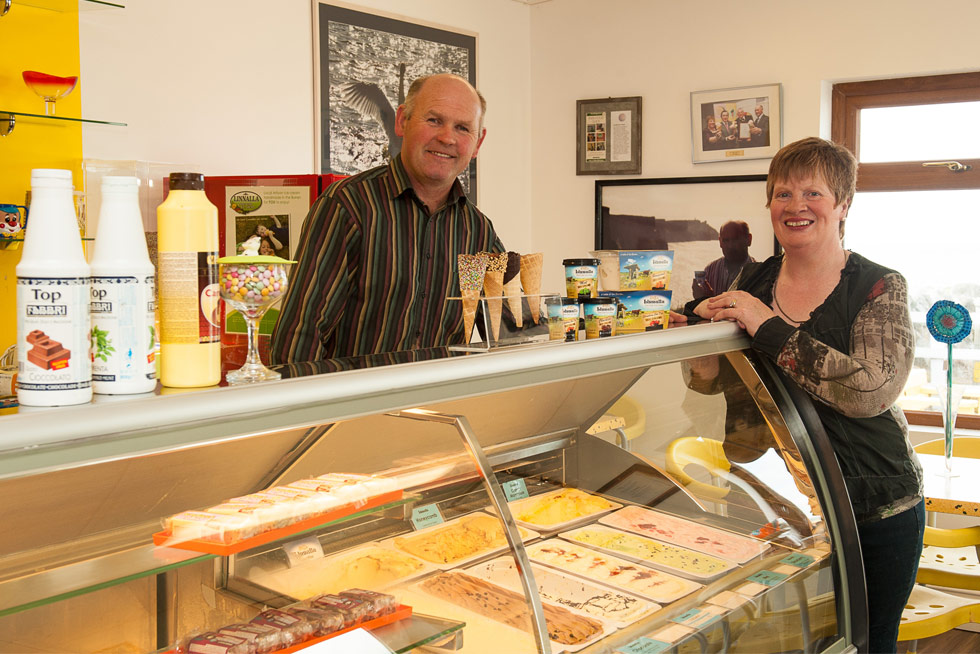 Storm in a Teacup has to be one of the cutest ice-cream shops in Ireland. Located on the Skerries harbour, their recipes are to die for – hand-made ice-cream with classics like rum and raisin, crunchy honycomb and mint amongst favourites. Their home-made hot Ferrero Rocher sauce is also very popular. Due to their success, they have also opened up shops in Blackrock, Louth and in Scotch Hall shopping centre, Drogheda. 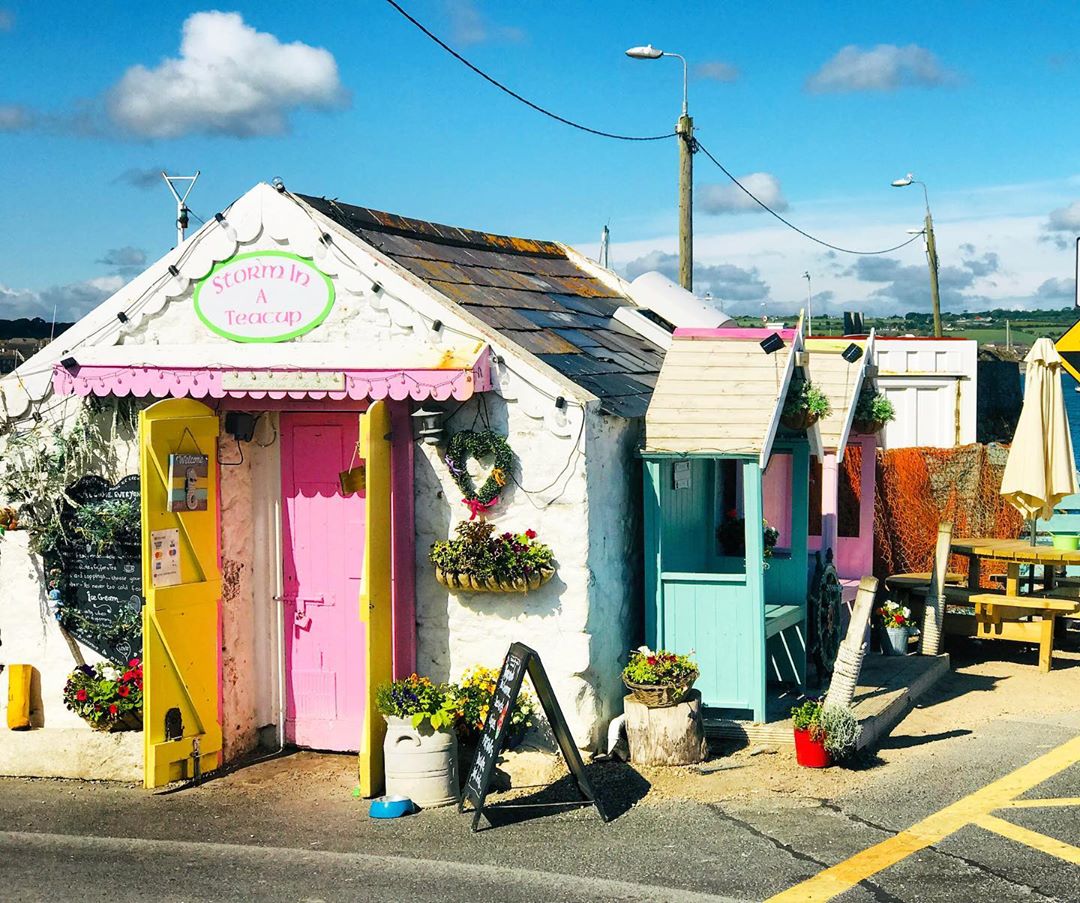 The first hand-rolled ice-cream in Ireland, Arctic Stone has made the popular Thai delicacy all the rage in Dublin. They believe that with the balance of Eastern techniques with Irish produce, they have made the most unique and best tasting ice cream in Ireland. Their specialities include a ‘Cookie Monster’ which features cookies and hot nutella and ‘Muy Bueno’ which has delicious Kinder Bueno pieces and hazelnuts. 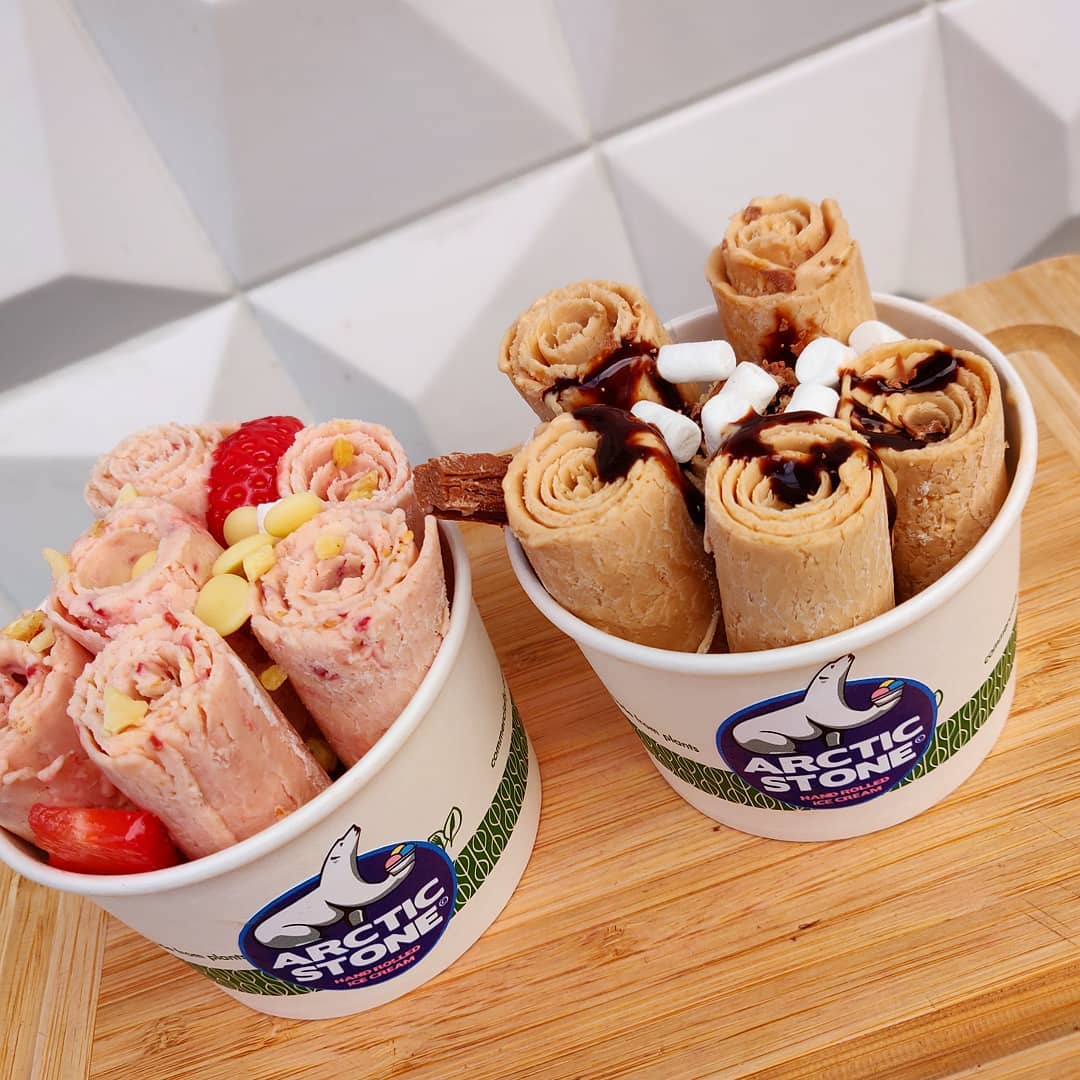 Home of the scrummy tub, Scrumdiddly’s opened in Donabate in 2012. Following their success, they opened a shop in Dun Laoghaire and Kilkenny in 2017. Their scrummy tubs can be made with over 7000 combinations, starting at €3 a tub. Their ‘scrummy specials’ include a ‘Fererro indulgence’ and a ‘Rocky Road’, which includes pieces of their homemade rocky road. 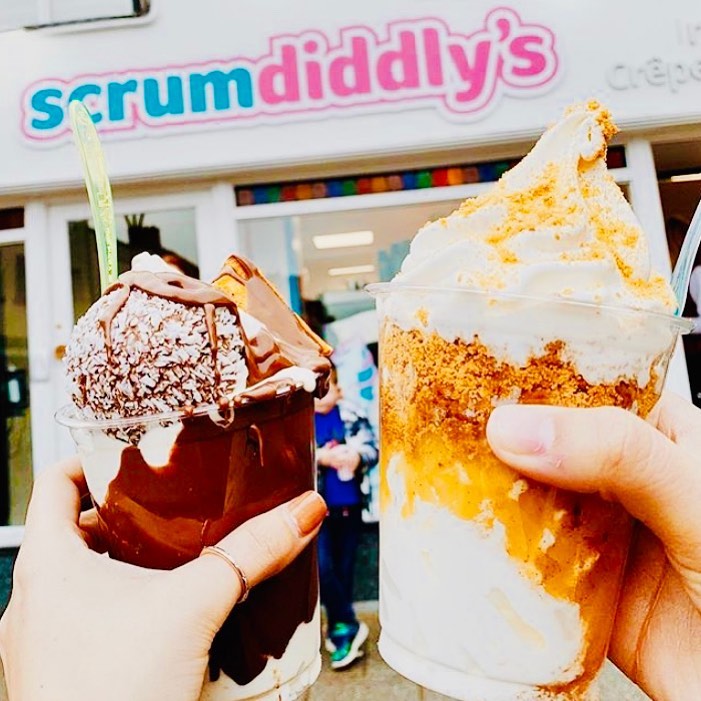 A bit of a Connemara secret, Jimmy’s homemade ice-cream is like no other. Jocelyn Northage uses Carageen Moss seaweed as a bonding agent for her ice cream rather than eggs or gelatin. Interesting and popular flavours include Poitín, Rum & Raisin and Irish Whiskey. The homemade treat is sold in Ballynahinch Castle, Connemara Sands, SuperValu in Westport, Hamper in Clifden and Cappagh Stores in Kocknacarra. 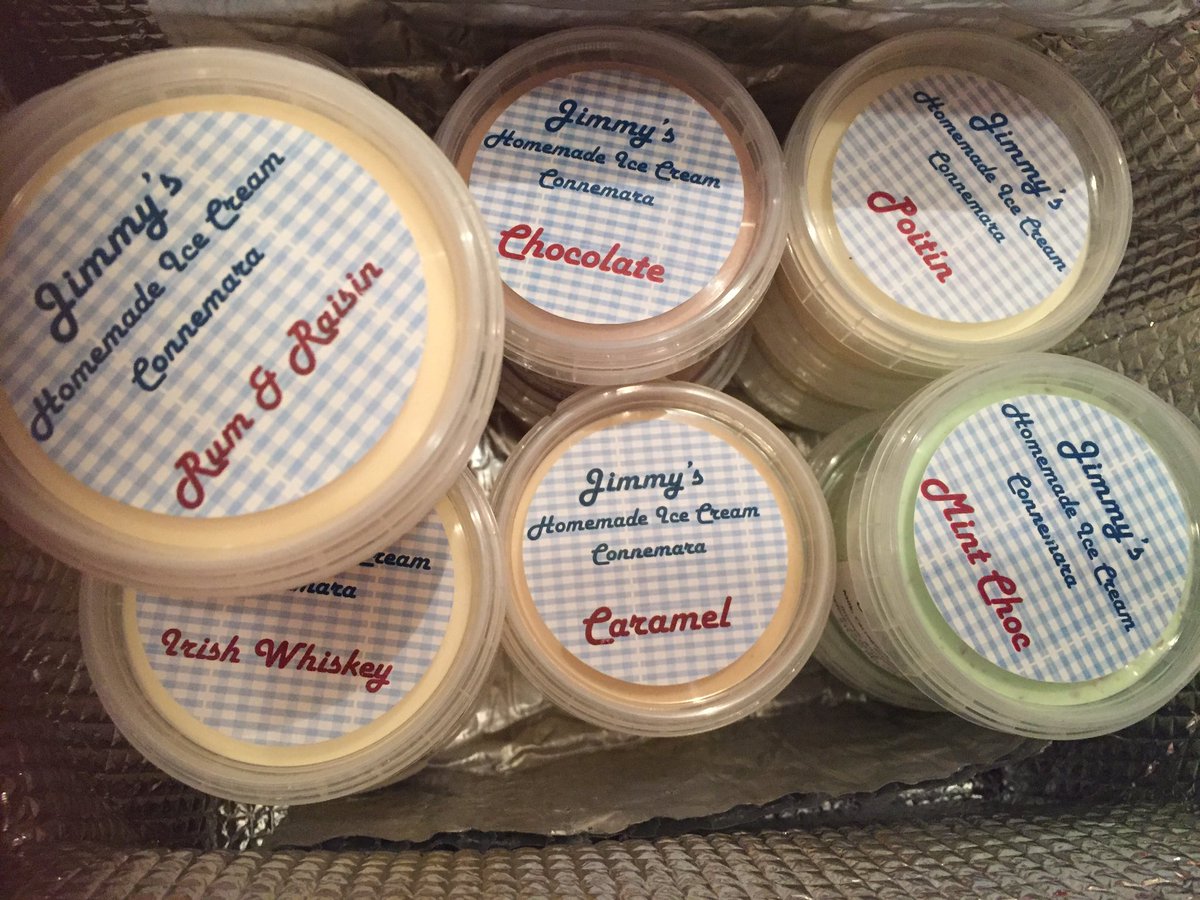 Open since 2013, Fantastic Flavours in Youghal, Cork offers 42 different flavours of handmade artisan ice-cream. If you are a serious ice-cream nerd, the owners Miceál and Oksana O’Hurley even offer ‘Ice Cream apprentice’ classes. Specialities include ‘Cherry is to die for,’ ‘Oreo Schmoreo’ and ‘Malteaser Pleaser’. 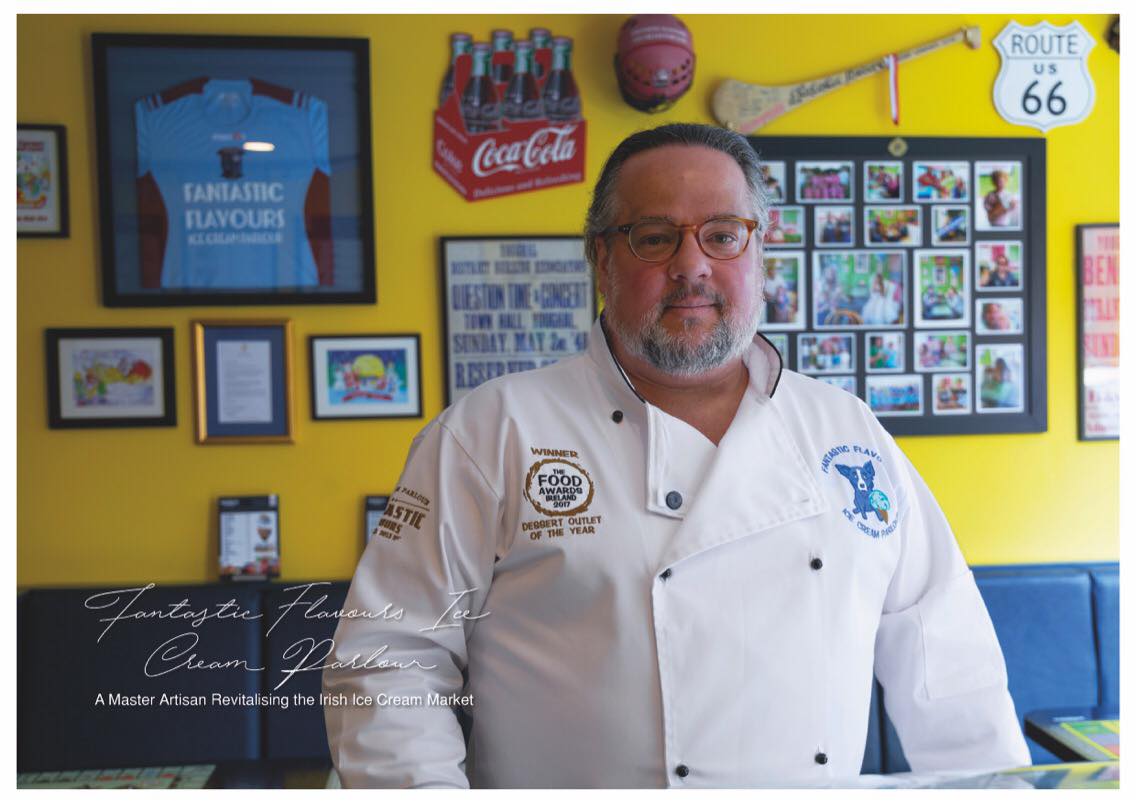 Did we miss any of your favourite ice-cream shops? If so, tweet us them @image_magazine!

Read more: Bantry, Arklow and Bangor: take a look at some of Ireland’s ‘best kept’ towns

Read more: Heatwave: How to protect your pets from heatstroke this summer