Backstage at Issa was a far more sedate affair than the hyped-up super buzz at Gareth Pugh yesterday. More befitting perhaps for this brand which today was all about a refined, calm and confident woman – albeit with a slightly gothic edge.

It was the first collection for the brand by Jamie O?Hare who added a more sexy twist to the regular Issa woman. 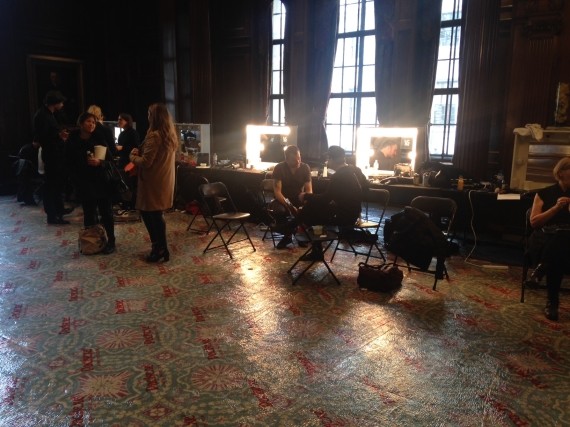 The hair was designed by Duffy, Vidal Sassoon’s Global Session and Editorial ambassador who is a striking figure backstage with his long red locks and even longer beard. At his press briefing he described the Issa inspiration for AW15 as one of Amplified Perfection.

He told us that due to the intricate artistry in the clothes, they had decided to go with less of ?a statement? for the hair. He said that he found that ‘statements can be too loud in London?, so the natural look to the hair was the perfect counterpoint to the clothes. 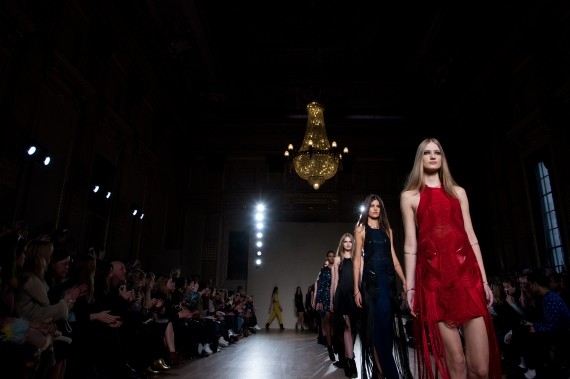 The hair was blow-dried with absolutely no product used whatsoever, and no volume added at the roots. It was left to fall as curtains around the face.