Our ultimate guide to throwing a baby shower

From the Kardashian-Jenner clan to our favourite Irish influencers, baby showers have become all the rage.  Here’s everything you need to know if you are organising, attending, or are just curious about baby shower etiquette.

It all started in the USA in the late 1940s and 50s when mothers were “showered” with gifts in the last month of their pregnancy. For the most part, it was to ensure that they were prepared for their new arrival. Traditionally, baby showers were only held for the first child in the family, the idea being that subsequent children would then receive all the hand-me-downs.

Baby showers may still not feel right for Ireland’s older generation, as buying items for the baby before it is born is superstitiously a no-no. However, this belief seems to be going out the window for many, and Ireland is catching up and taking on traditions from the likes of the US and the UK.

Kate Hyde, the owner of babyshower.ie, says that baby showers have become massively popular here in the last 12 months. She predicts the future of baby showers in here following in the same spike in popularity as Stags and Hens.”We’re not quite at that point yet, but we’re getting really close to a point where there is a shower for every baby that’s coming.”

Related: The reality of leaving the house with two under two

There is no doubt that celebrities and Instagram stars have had a huge influence on the popularity of baby showers in Ireland. Just recently, Kim Kardashian held a CBD themed baby shower for her fourth child, Psalm Ye West.

The shower was plastered on her social media. In one video she said to guests  “So because I’m freaking out and the baby is coming in, like, two weeks, I thought what better way to celebrate than to have a little CBD.”

Although a CBD-themed baby shower is definitely not the norm, Kim did follow some traditions like having baby-blue decorations and playing the ‘Name Game’, where guests stick baby name guesses on a wall.

Another reason why baby showers are becoming increasingly popular here might be because religious ceremonies are on the decline. We may see an even bigger decline in christenings as a baptism certificate will no longer be needed this coming September for children entering a Catholic school. 96% of primary schools in Ireland are Catholic.

However, Kate doesn’t think that baby showers will necessarily replace baptisms, but she believes it is a lovely way for people to come together to celebrate the baby before birth, especially if there isn’t going to be a baptism.

A baby shower is typically held in the late afternoon or early evening for around 3/4 hours for female friends and family. Although there is increasingly the case for involving the baby daddy and male relatives in such an event. It is supposed to be a nice and relaxing evening to celebrate the baby before birth and of course, to support the mother.

Like any party, baby showers can vastly range in size. However, a small group is usually best; so as not to put too much pressure on the mummy-to-be. Family and a few girlfriends are ideal.

Afternoon tea, a sit-down dinner or casual bites and drinks in the house is the usual format (unless your Kim Kardashian). If you’re tasked with organising a shower and have no idea what to do, you can’t go wrong with a few nibbly bites, a glass of vino and a couple of games in the house. Historically, baby showers were a surprise for the expecting mother, however, our baby shower expert, Kate, wouldn’t advise this.

“I don’t know if it’s always a good idea to surprise pregnant women. Even from a hormone point of view, imagine you’re having a really bad day and 30 people show up”

Trust us, a big-do will probably be the last thing a pregnant mother-to-be wants when she is so close to giving birth. Final advice, don’t go overboard on the drink. It’s not that kind of celebration. The mummy-to-be who can’t drink definitely doesn’t want drunk people in her house until all hours.

“There is usually a glass of wine for people, you know that’s just an Irish culture thing. I wouldn’t quite say there’s no booze at them but it’s a social drink, it’s not really an excuse to get  ‘rock the boat’ going,” laughs Kate.

Naturally, playing games is the best part of any baby shower.  Here are some favourites:

Guess the baby: When inviting guests ask them to bring a photo of themselves as a baby. Stick them up and everyone has to guess who is who. Giggles guaranteed. 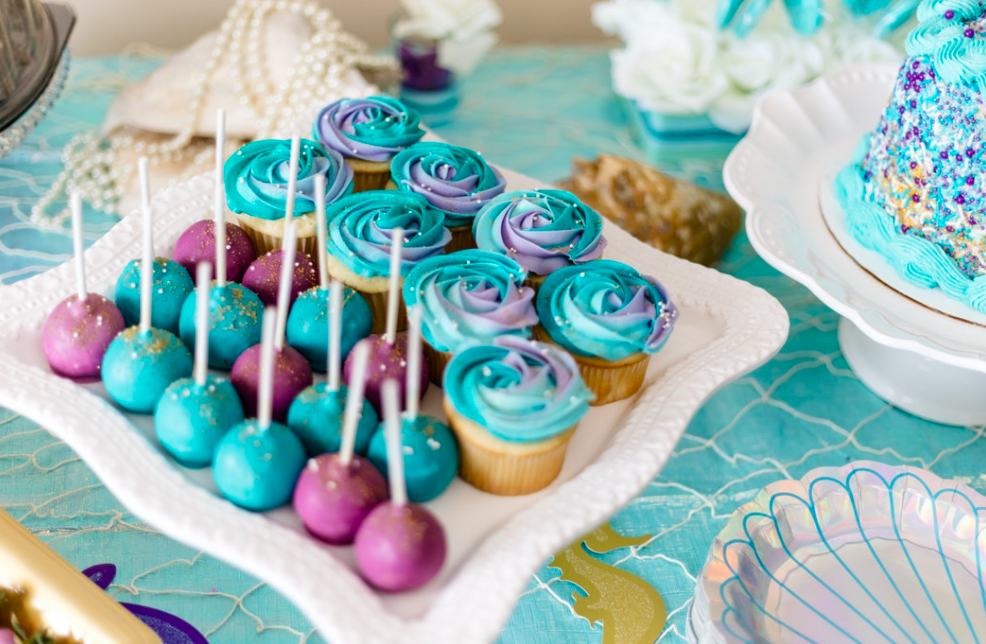 Guess the mother’s measurements: Pass around a ball of yarn and scissors and get guests to cut how long they think the measurements are around mummy’s tummy. Not everyone enjoys this game so make sure to flag it up with the one growing the human first.

Who knows mommy best? A simple question and answers game. Give out a pen and paper to each guest and honour the mother to be with how well you know and love her. What a way to feel special.

Match the Disney babies with the Disney moms: On the left side, make a list of the names of Disney moms and leave the right side blank. Make enough copies for all your guests.

Pass The Dirty Nappy: Get some chocolate, a nappy and stick on some tunes. Everyone sits in a circle and passes the “dirty” nappy, just like musical chairs. Whoever is holding the nappy when the music stops is out of the game.

Pass the soother: Get some straws and soothers. Separate guests into teams and have them stand in a line with a straw in their mouth. The first person in line puts the dummy onto their straw and passes it down the line, straw to straw, no hands allowed! Whichever team reaches the end first is the winner.

Gifts can be an awkward one when it comes to this kind of event; especially if you have never been to one before. My advice, keep it cheap and cheerful; there is really no need to go all out, the mother doesn’t expect it. Give things like bibs, muslin cloths, vests, socks, a teddy or even something nice for the mother like hand cream!

Another great gift idea is to ask all guests to bring a baby book instead and get them to write a message in it that the baby can read when it’s older.

Read more: Hands off! Pregnancy, bump-shaming and why everyone has an opinion

Read more: Other mothers iron: one author’s take on writing and motherhood