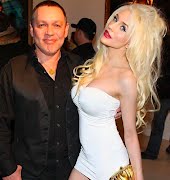 9 Interiors Trends To Watch This Autumn/Winter

At one of Europe’s most impressive design shows, the defining shades, shapes and styles from some of the world’s leading furniture designers and manufacturers are displayed, which will dominate interiors over the coming seasons. Here’s nine trends to watch out for.

1.Heavy Metal?
One of the trends that has lingered is warm metals, but with new applications. “We saw a huge amount of brass, gold and rose metals but used more in tones, in fabrics and metallic prints rather than as metal finishes in furniture itself.”

2. Colour Code
Taking their nod from Pantone, many of the collections featured the softer hues of blush rose quartz and tranquil serenity blue. ?The Colour of the Year is very influential, so you saw a lot of the pastel tones in new contemporary brands and new furniture designers.? However, as we look to autumn, it was no surprise that bold shades reigned supreme. ?This year I saw a lot of deep aubergines, purples, reds, terracottas. Very earthy, rich and vibrant. They work really nicely with warm metals, textures and also with greenery, another look which was on a lot of the big design stands like &Tradition.?

3. Marble City
Thanks to improving production processes, a luxe finish for surfaces is more attainable. ?For counter tops, marble is a very practical surface, but it’s been quite limited in design application, whereas now you can get a marble-finish or effect in mass products. It’s becoming far more accessible. You don’t have to go for the super high-end marble, you can achieve the look now with other materials.??This season sees pattern come full circle, from the painterly prints and ikat of the last couple of years through to sharp shapes. ?There’s definitely a move to stronger geometric patterns, continuing the mid-century aesthetic inspired by designers like the legendary David Hicks.?

4. Star Gazing
Makers also looked to the stars for inspiration. ?Astrology was quite a strong trend in print, fabric layouts, tableware, furniture and textiles.? In the Cosmic Diner collection, Diesel Living with Seletti used metals liberally with bowls, rocket candlesticks and coffee cups in shimmering brass and plates representing the planets of the Solar System.

The influential carpet designer Jan Kath continued the theme, showcasing Spacecrafted, a collection of luxurious rugs made from wool and silk. It was inspired by his travels through Nepal and the night sky as the ?roof of the world?. ?It was really dramatic,? says Mc Adam. ?The concept of stars exploding is powerful, and we’ll likely see that coming through in home accessories in the next six months or so.?

5. Nature’s Way
Nature continued to weigh-in across flooring. ?For a while, we’ve had encaustic and Moroccan-inspired tiles, but now there’s a move to a more organic shape in the cutting of tiles and in the surfaces; Mother of Pearl, iridescent, petrol colours that are very reflective. Much more natural looking, like they are inspired by shells or corals.?

6. Go Green
While the concept of bringing the outside in is a recurring theme, this year saw foliage move to centrestage. ?Planting and greenery has been prevalent in the last year or two, but what I found interesting was, instead of having standalone planters, the modular shelving and units were incorporating planting within them.?

7. Petrol Head
One of the newer trends was iridescence, which shone in furniture and lighting particularly. ?Spanish architect and designer Patricia Urquiola has collaborated with Glas Italia, creating beautiful iridescent glass pieces.? A collection of high, low and consoles tables in laminated and glued glass had a shimmering, multi-chromatic finish, which really lend them an ethereal quality. Mc Adam loves the feeling of light that this technique can bring to an interior. ?With new technology, now you can laser cut the glass, so you see entire pieces made from glass, and in small spaces. It can work so well because it doesn’t have the same heaviness.?

The application has even carried through to more traditional pieces. ?Partitions and screens have been popular for some time, particularly the chinoiserie and Asian styles, but I saw a few that had that iridescent petrol effect on the glass, which was really interesting. Tom Dixon showed an oil collection that gave a petrol effect to their lighting, which I loved and I’m implementing that into a commercial design at the moment.?

8. Lacquer Love
Eye-catching pieces abounded, but one in particular caught Mc Adam’s attention.??Italian brand Altreforme had the most amazing lacquered dressing table that I fell in love with. It was beautifully made and I would have walked out with it if they had let me. They created a whole experience on their stand. It had an almost burlesque feel to it, it was just really fun.?

9. Pretty Panoramics
McAdam’s pilgrimage to Milan wouldn’t be complete without a stop at Dimore Studio. “They create an installation every year at Milan and I find it really inspirational. They design everything in house; furniture, lighting, fabric and what they do is really trend setting. What they showcase at Milan you will still be seeing as a new trend two years later in London.?

?This year they had a Georgian-style panoramic mural that was digitally printed onto the fabric – instead of being just one wall piece, the whole room was coated in this artwork.?By contrast, they had a room that was aubergine, pinks with brass lighting and velvet chairs that was very opulent and extremely contemporary.?