It feels like the personal essay has always been seen as the preserve of women and by dint of that somehow a lesser artform.

The personal essay used to carry such baggage – women writing about their experiences was seen as an ‘overshare’, where as when men did it, is was brave and honest. As playwright, Nancy Harris (writer of the Gate Theatre’s recent acclaimed re-imagining of Hans Christian Andersen’s The Red Shoes) tells me, “I’ve heard it so many times from literary managers ‘women just don’t write political plays’ – their plays are dismissed as ‘domestic dramas’ ignoring the fact that that in itself is actually political, whereas when Ibsen writes domestic drama it is understood to be political.”

I have often detected a certain cringe towards the confessional genre, a kind of “ick, stop TMIing us with your menstruating and your emoting”, and I must confess I am coming at this as a person who has written a book of personal essays.

I, of course, was quick to point out that it was not a “real book” to anyone who congratulated me on the book. “It’s just like a sort of non-fiction/memoiry/stories type thing…” I’d mutter. I even put recipes in it to distract further from the not-a-real-book thing. When the book came out (I’ll stop plugging it nowI promise) I steeled myself for interviews probing why I thought my story and my ideas were worth reading. I had a notion that in writing these confessional essays, I was in some way foisting my irrelevant and completely trivial perspective on people.

I then read (and loved) a book of personal essays by Irish author Sarah Griffin called Not Lost and realised that seemingly small stories are never small and do contain big power. The so-called domestic themes of the body, reproduction, relationships and family that are associated with female writers are as essential as any Franzen tome or Michael Harding meditation. The idea of women’s work and women’s issues and women’s concerns has long sanctioned a divide in the sexes that is quite simply a great pity. Women consume the work of men, men’s work is as abundant as the air we breath after all. However men consume less art by women. Sinead Gleeson writer and editor of several short story anthologies spoke about this in the Irish Times last year:

“There’s a huge issue with men not reading books by women. Even some male writers don’t read books by their contemporaries. And I don’t know how you change that… The only reason I put together two all-female anthologies was because the gender imbalance in past Irish short story anthologies is so shocking. It should only be about good writing and bad writing. My reading is probably a little more skewed towards women but it isn’t always – I go through phases, but my bookshelves are very balanced.”

The fact that women are so intrinsically associated with the personal essay is surely related in some way to the historical exclusion of women from wider society. (Do we finally have the patriarchy to thank for something?!) The lives and concerns of females were so ridiculously absent from the cultural agenda, it became a key form of expression and communication with one another. We confessed our private lives, thus forming a canon of work that is beautiful and to my mind one of the most generous forms of writing. Whatever the particular subject matter, every non-fiction essay by a woman whispers a universal and comforting truth: I’m not okay, you’re not okay, we’re not okay together. And that’s okay.

Growing up in a world where the marginalising of your sex is so ingrained that getting paid less and having bodily rights denied in so-called progressive societies seems to be nothing more than an unfortunate inevitability is, to put it plainly, a mindf*ck.

When you wake up to the madness it can be disorientating so here are the female voices to see you through every life stage.

When you wake up to equality and feminism you need…

Bad Feminist (Or anything really!) by Roxanne Gay 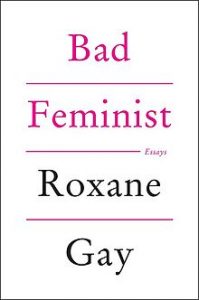 Novelist, professor and all round legend, Gay wrote this witty and thoughtful collection of essays chronicling her journey as a woman and feminist who likes pink and dancing to Blurred Lines.

When you wake up to the importance of friendships you need…

Everything I Know About Love by Dolly Alderton 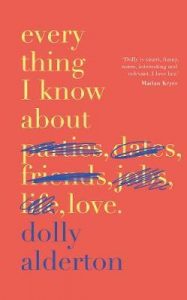 The columnist and co-host of podcast, The High Low releases her first book of non-fiction essays next month and it is an ode to female friendship. Beautifully written and full of poignant insights gained on that amble through the most confusing decade of you life, your 20s.

When you wake up to the hard stuff you need… 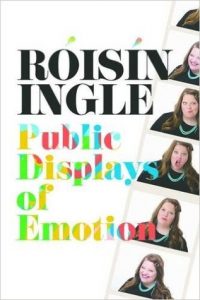 Irish Times columnist and deputy features editor, Ingle was talking openly about her life long before it was a remotely acceptable thing in Ireland. This anthology of her often funny, often heartbreaking, always empathetic and brimming with compassion columns is a must-read. Her essay on ending a pregnancy was a major step in banishing the stigma around abortion and she remains a key figure in the fight for women’s rights in Ireland.

When you wake up to critical theory (but aren’t ready for Foucault!) you need…

All The Lives I Want by Alana Massey 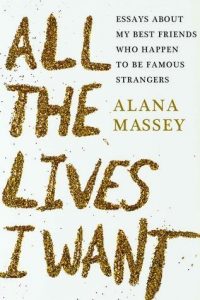 Through examining the lives of the famous women who shape our world right now – think Lil Kim, Amber Rose and Anna Nicole Smith – Massey provides both a cultural critique and a hilarious fan letter, interspersed with stories of mental illness, love and the sex industry. Also out next month.

When you wake up to intersectionality you need…

You Can’t Touch My Hair: And Other Things I Still Have To Explain by Phoebe Robinson 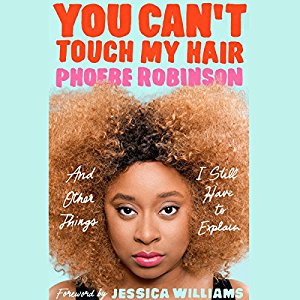 This hilarious and timely essay collection about race, gender, and pop culture from comedy star and 2 Dope Queens podcaster Phoebe Robinson was a NYT bestseller. It’s honest and fiercely funny. 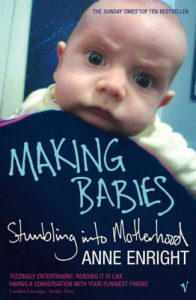 Novelist Enright is one our most celebrated writers and her irreverent, unfiltered celebration of motherhood is the book I press into the hands of every friend who comes to me and says “I’m pregnant!”. Far more useful than What To Expect When You’re Expecting to my mind.

When you wake up and you’re suddenly older…a LOT older!

I Feel Bad About My Neck: And Other Thoughts On Being A Woman by Nora Ephron 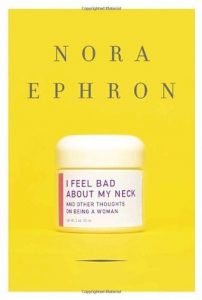 Okay, I admit it I don’t know sh*t about being old I’m only 32 but Nora Ephron is a boss and this book of essays that covers everything from divorce and emptying nests (they’re underrated!) to clothes and body image is a warmly told and hilarious account of being a women.

Photo by Becca Tapert on Unsplash