J. K. Rowling, author of the Harry Potter series, who, let’s be honest, helped us all struggle through the nightmare that was our early teens, turns fifty today.

Thanks to her, our hearts still give a little flutter when we spot a heavy cream envelope amongst all the sad credit card bills (and then it turns out to be ANOTHER wedding invitation, actually Hogwarts-themed invites aren’t a bad idea…) and make millions?of fully-grown adults squirm with excitement at the sight of a brick wall in a London train station (this author included).

So to celebrate we rounded up fifty of our favourite J. K. Rowling quotes, from Harry Potter to her spot-on Tweets.

Dumbledore watched her ?y away, and as her silvery glow faded he turned back to Snape, and his eyes were full of tears.
“After all this time?”
“Always,” said Snape.
– Harry Potter and the Half Blood Prince

If you want to know what a man’s like, take a good look at how he treats his inferiors, not his equals.
– Sirius Black

It was, he thought, the difference between being dragged into the arena to face a battle to the death and walking into the arena with your head held high. Some people, perhaps, would say that there was little to choose between the two ways, but Dumbledore knew – and so do I, thought Harry, with a rush of fierce pride, and so did my parents – that there was all the difference in the world.
– Harry Potter and the Half Blood Prince

It is impossible to live without failing at something, unless you live so cautiously that you might as well not have lived at all, in which case you have failed by default.
– J. K. Rowling 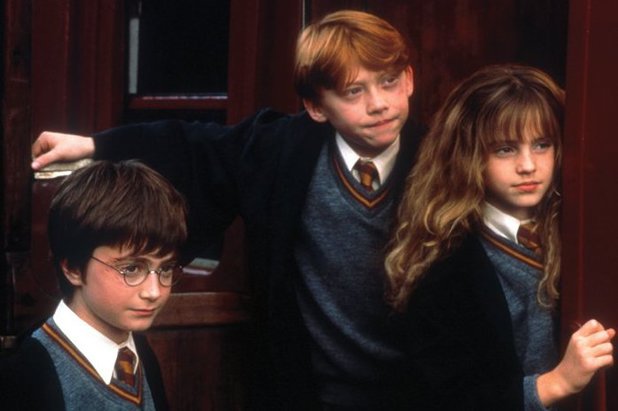 People find it far easier to forgive others for being wrong than being right.
– Albus Dumbledore

It’s the 16th anniversary of the Battle of Hogwarts. I’m having a moment’s silence over my keyboard. I hated killing some of those people.

It is our choices? that show what we truly are, far more than our abilities. – Albus Dumbledore

Books! and cleverness! There are more important things – friendship and bravery? – Hermione Granger

From now on, I don’t care if my tea leaves spell, ‘Die, Ron, die,’ I’m chucking them in the bin where they belong. – Ron Weasley

I was set free because my greatest fear had been realized, and I still had a daughter who I adored, and I had an old typewriter and a big idea. And so rock bottom became a solid foundation on which I rebuilt my life. – J. K. Rowling

It’s a curious thing, Harry, but perhaps those who are best suited to power are those who have never sought it. Those who, like you, have it thrust upon them, and take up the mantle because they must, and find to their own surprise that they wear it well. – Albus Dumbledore

Besides, the world isn’t split into good people and Death Eaters. We’ve all got both light and dark inside us. What matters is the part we choose to act on. That’s who we really are.? – Sirius Black 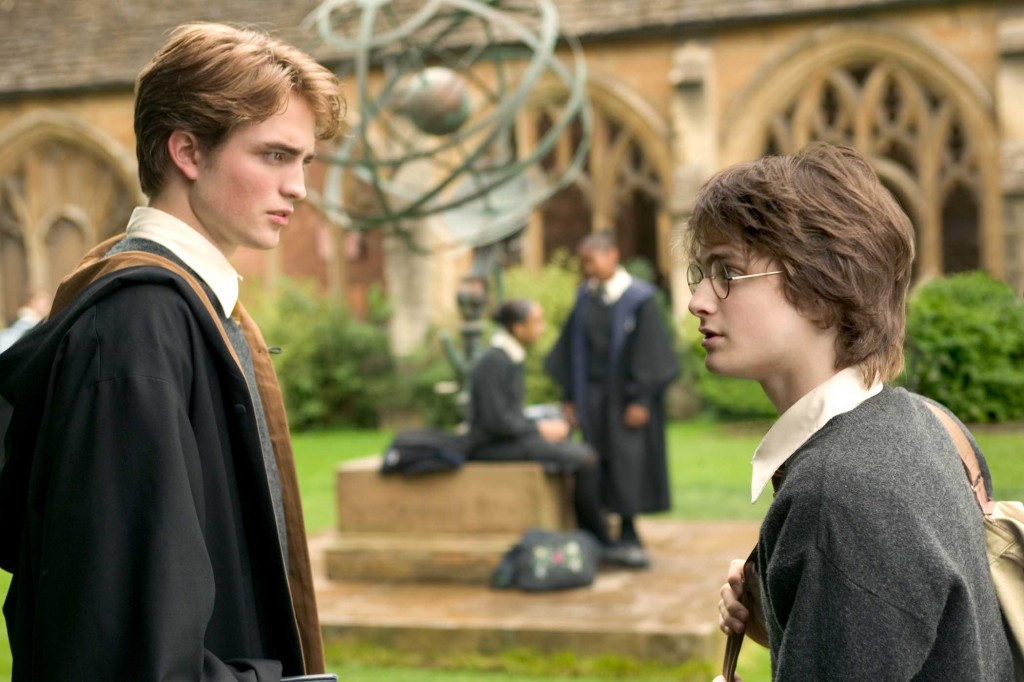 Remember Cedric. Remember, if the time should come when you have to make a choice between what is right and what is easy, remember what happened to a boy who was good, and kind, and brave, because he strayed across the path of Lord Voldemort. Remember Cedric Diggory. – Albus Dumbledore

Indifference and neglect often do much more damage than outright dislike. ?Albus Dumbledore

Enter stranger, but take heed Of what awaits the sin of greed, For those who take, but do not earn Must pay most dearly in their turn. So if you seek beneath our floors A treasure that was never yours, Thief, you have been warned; beware Of finding more than treasure there. – Gringott’s Wizarding Bank

‘Is he – a bit mad?’ he asked Percy uncertainly. ‘Mad?’ said Percy airily. ‘He’s a genius! Best wizard in the world! But he is a bit mad, yes. Potatoes, Harry?’ – Harry Potter and the Philosopher’s Stone

Words are, in my not-so-humble opinion, our most inexhaustible source of magic. Capable of both inflicting injury, and remedying it. – Albus Dumbledore

“Don’t talk to me.” “Why not?” “Because I want to fix that in my memory for ever. Draco Malfoy, the amazing bouncing ferret…? – Ron Weasley

To the well organised mind, death is but the next great adventure – Albus Dumbeldore

Do not pity the dead, Harry. Pity the living, and, above all, those who live without love. – Albus Dumbledore

?Why are they all staring?” demanded Albus as he and Rose craned around to look at the other students. “Don’t let it worry you,” said Ron. “It’s me. I’m extremely famous.? – Ron Weasley

@amymeowz I had a waking nightmare where I met a Harry Potter fan who quizzed me on a sub-plot & I couldn’t remember what I’d written – J.K. Rowling (@jk_rowling) September 7, 2014

?How do you feel, Georgie?” whispered Mrs. Weasley. George’s fingers groped for the side of his head. “Saintlike,” he murmured. “What’s wrong with him?” croaked Fred, looking terrified. “Is his mind affected?” “Saintlike,” repeated George, opening his eyes and looking up at his brother. “You see…I’m HOLEY, Fred, geddit?? – Harry Potter and the Deathly Hallows

?Oh, these people’s minds work in strange ways, Petunia, they’re not like you and me,? said Uncle Vernon, trying to knock in a nail with the piece of fruitcake Aunt Petunia had just brought him. – Harry Potter and the Philosopher’s Stone

Not my daughter you bitch! – Molly Weasley

Hey! My eyes aren’t glistening with the ghosts of my past! – Harry Potter

It’s a strange thing, but when you are dreading something,a nd would give anything to slow down time, it has a disobliging habit of speeding up – Harry POtter and the Goblet of Fire

“Devil’s Snare, Devil’s Snare… WHat did Professor Sprout say? It likes the dark and damp-” “So light a fire!” Harry choked. “Yes – of course – but there’s no wood!” Hermione cried, wringing her hands. “HAVE YOU GONE MAD?” Rob bellowed “ARE YOU A WITCH OR NOT?” – Harry Potter and the Philosopher’s Stone 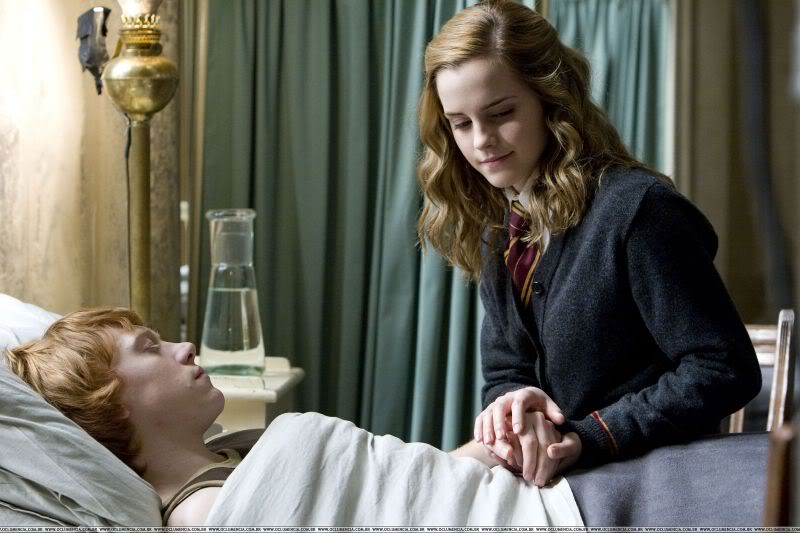 I will only truly have left this school when none here are loyal to me – Help will always be given at Hogwarts to those who ask for it. – Albus Dumbledore

.@realrossnoble Classic case of a Hufflepuff trying to be edgy. Be who you really are, Ross.

What d’you mean I’m not brave in bed? – Harry Potter, after Dudley mocks him

No, I thought not. You have not asked me for instance, what is my favorite jam, to check that I am not an impostor. For future reference, Harry, it is raspberry… although of course , if I were a Death Eater, I would have been sure to find out my own jam preferences before impersonating myself – Albus Dumbledore

I am not worried, Harry, I am with you. -Albus Dumbledore

I remember the first time I heard a teenager say ‘LOL.’ Just what? But it means ‘laugh.’ Why don’t you just laugh? What are you doing? – J. K. Rowling

Excuse me, are you the imprint of a departed soul? – Ron Weasley

“Ron, you know full well Harry and I were brought up by Muggles!”? said Hermione. “We didn’?t hear stories like that when we were little, we heard ‘?Snow White and the Seven Dwarfs’? and ‘?Cinderella’??” “What”s that, an illness?”‘? asked Ron – Harry Potter and the Half Blood Prince

The last enemy that shall be destroyed is death… “It doesn’t mean defeating death in the way the Death Eaters mean it, Harry,” said Hermione, her voice gentle. “It means… you know… living beyond death. Living after death.” – Harry Potter and the Half Blood Prince

“Death’s got an Invisibility Cloak?” Harry interrupted again. “So he can sneak up on people,” said Ron. “Sometimes he gets bored of running at them, ?apping his arms and shrieking…” – Harry Potter and the Half Blood Prince

He can move faster than Severus Snape confronted with shampoo. – Fred Weasley talking about Voldemort

That which Voldemort does not value, he takes no trouble to comprehend. Of house-elves and children’s tales, of love, loyalty, and innocence, Voldemort knows and understands nothing. Nothing. That they all have a power beyond his own, a power beyond the reach of any magic, is a truth he has never grasped. – Albus Dumbledore

I would like to be remembered as someone who did the best she could with the talent she had. – J. K. Rowling

And we’ll round it out with the author’s personal favourite quote:

.@LisaKTrainor ‘Of course it is happening inside your head, Harry, but why on earth should that mean that it is not real?’ – J.K. Rowling (@jk_rowling) December 16, 2014 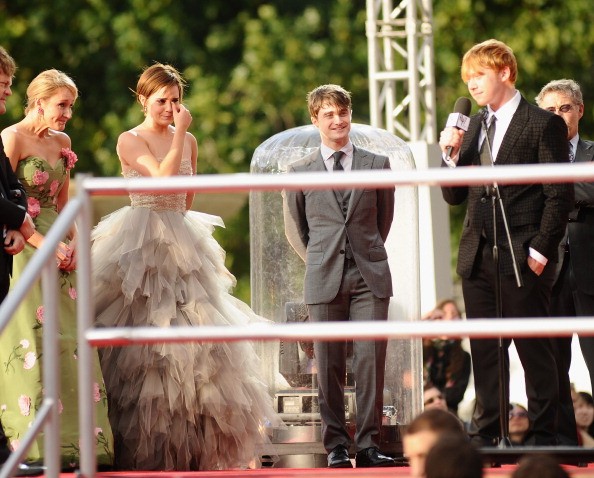