On days like these, we’re dreaming of a sunshine getaway… Lauren Heskin feels the sand (and a few pebbles) between her toes, where urban delights meet coastal pleasures. 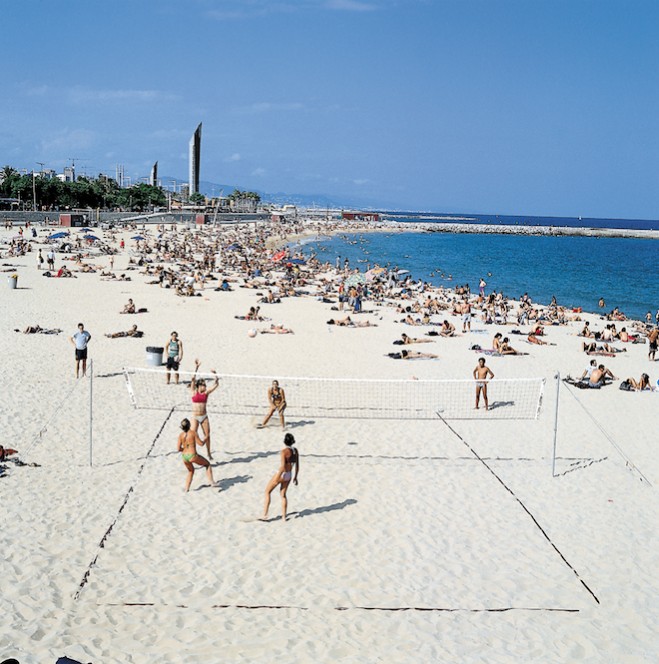 BARCELONA
Probably Europe’s most famous coastal city, Barcelona makes for one of the best weekend escapes, whether you’re interested in sport, history, hiking, culture or architecture.

BEACH
With seven beaches stretching over four kilometres, you might still struggle to find a vacant spot in the height of summer. St Sebasti?, Barceloneta and Somorrostro are the largest and often the busiest, but beyond the Port Olympico is Nova Icaria Beach, which arguably has the best seaside atmosphere. If you really don’t fancy fighting for towel space then head north to Caldetes Beach, where
the quiet beach is only overlooked by the 19th-century villas built by Spanish nobility.

MUST SEE
You’ve got the usual suspects – the Gaud? creations (original and inspired), FC Barcelona’s Camp Nou stadium, the Picasso museum – but there is plenty more. Catalan Art Nouveau (?Modernista?) may be the genre Barcelona is most associated with but there is also the Gothic quarter, home to a labyrinth of narrow winding streets and pla?as, as well as the magnificent cathedral.

STAY AT
The ultra modern Hotel Arts Barcelona (hotelartsbarcelona.com) has everything a city-beach dweller could dream of – ocean views, a quick nip across the street to the sand or the other way to the city, a sleek swimming pool and spa, plus a two Michelin-starred restaurant. Rooms from €287. 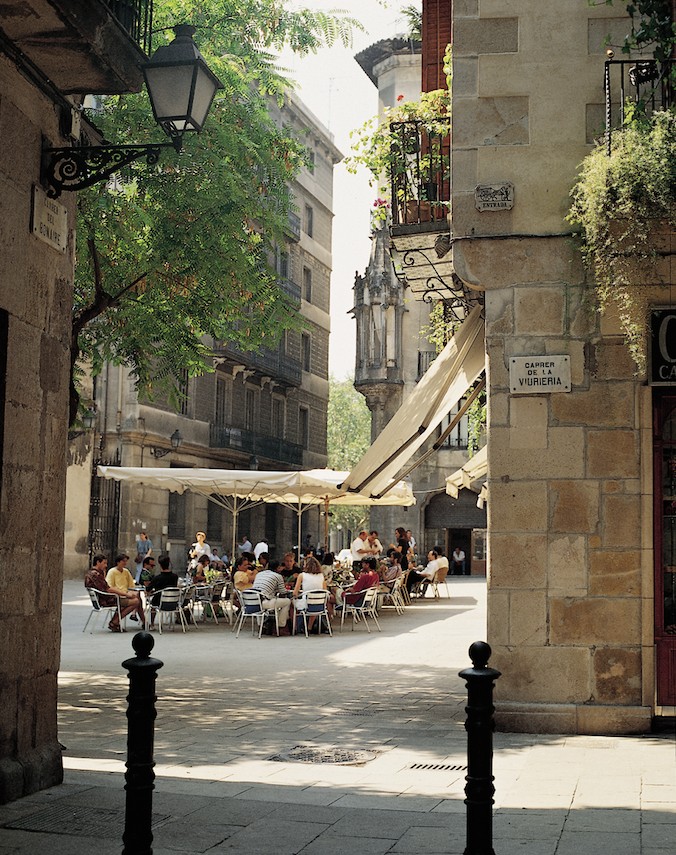 SAN SEBASTI?N
It feels as though every street in San Sebasti?n draws you towards its crescent-shaped beach, from the cobbled paths of the old town, famous for its excellent tapas and pintxos, to
its broad Belle ?poque boulevards.

BEACH
The island of Santa Clara that sits at the mouth of the bay protects the sandy beach and clear waters of La Concha Beach. During the summer months anchored boats, too late to find a space in the port, speckle the cobalt waters. The views are no less beautiful looking back on the city, as the long beach is buttressed by the grand City Hall at one end and the Miramar Palace on the other, the former summer home of the Spanish royal family.

MUST SEE
If you’ve had enough of the fabulous food, the rolling waves and beating down heat, there are plenty of indoor activities to keep you occupied. The Aquarium (aquariumss.com) just beyond the port has informative displays and an amazing array of sealife in hundreds of tanks. Plus, it’s got spectacular views of Santa Clara and the beach-city, as well as the Bay of Biscay beyond. Or, swap the sand for the well-manicured lawns of Miramar Palace. Now a Basque music school and open to the public, it’s worth toughing it up the hill for the view alone.

STAY AT
Once frequented by Spanish nobility at the turn of the 20th century, the stately buildings that front onto the beach have since been modernised for even the most pernickety of visitors. Stay at the faithfully historic Hotel de Londres (hlondres.com), its grand fa?ade overlooking the beach. Also brilliant: their G&Ts are colossal – raise a globular glass on their outdoor terrace overlooking La Concha. Rooms from €273.

Aer Lingus flies from Dublin to Bilbao daily, and twice daily on Saturdays. 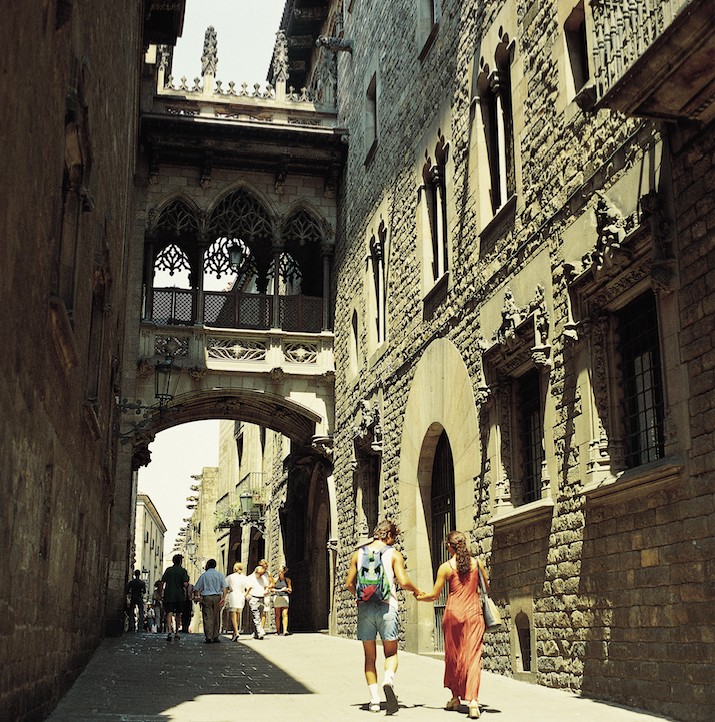 NICE
The sprawling city of Nice sits pretty on the French Riviera and welcomes millions of visitors every year to lavish in its chic bars and dip into its turquoise waters. It’s a town of old and new – the narrow, winding streets of the old town mesh with the grand 19th-century avenues and promenades that taper into a serene streak of pebbled beaches.

BEACH
The seven-kilometres of rocky beach is split between private and public areas. Public beaches such as Plage Publique de Beau Rivage and Centenaire are usually packed so go early, bring something padded to lie on and don’t leave your bags unattended. If you decide to splash out on a private spot such as Le Sporting, Hi or the famous Plage Beau Rivage, expect to pay anywhere between €10 and €20 a day. However, this guarantees you the luxury of lockers, facilities, a sun lounger and a hessian carpet to usher you down to the shore – no hopping up and down on scorching hot stones.

MUST SEE
Beloved by painters and photographers the world over for its natural light, Nice is thronged with galleries and exhibits. Mus?e des Beaux-Arts de Nice (musee-beaux-arts-nice.org) is dedicated to the likes of Chagal and Matisse, while the Theatre of Photography and Images (tpi-nice.org) and the Contemporary Art Museum (mamac-nice.org) offer a modern take on art and design.

STAY AT
Its situation on the French Riviera and proximity to Cannes, Cap Ferrat, Monaco, Antibes and St Tropez means that Nice has oodles of glamour and often the prices to match. After hectic sightseeing, unwind at the spectacular seafronted H?tel la P?rouse (leshotelsduroy.com), regal on a limestone cliff. Rooms from €331. 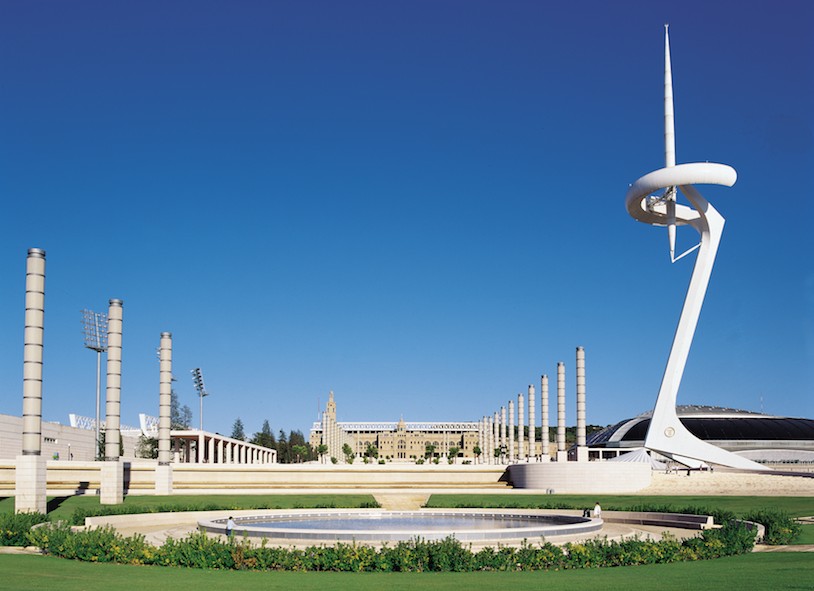 BRIGHTON
The coastal towns of Brighton and Hove have morphed many times since they first became a seaside bolthole for British aristocrats in the late 19th century. Now amalgamated to form the city of Brighton and Hove, it’s an artistic, LGBT-friendly haven with a kooky mix of galleries, kitsch, and cosmopolitan culture.

BEACH
The beach is everything you’d expect from Britain’s first seaside ‘resort?. Fish ?n? chip stands, enough Brighton rock to make local dentistry very lucrative indeed, whirring slot machines, striped deckchairs and that brisk sea breeze that’s often absent on the Continent. The city and beach are split by the Victorian Brighton Pier (brightonpier.co.uk) – to the east is Kemptown which houses the noisy, bohemian side of Brighton, packed with independent shops, bars, boutique restaurants and galleries. West of the pier is Hove, Brighton’s stoic older sister, with grand Regency buildings, pastel-coloured streets and a high-brow feel: when you hit the neatly painted beach huts, you know you’ve arrived.

STAY AT
Holed up in the Lanes, the neighbourhood just in from the pier that straddles both Hove and Kemptown, the Artist Residence (artistresidencebrighton.co.uk) has the best of both worlds. With great food, a wicked cocktail bar and lots of quirky furniture and artwork – no two rooms are the same – it’s the perfect antidote to the typical hotel-chain experience. Rooms from €129.

MUST SEE
Brighton’s main attraction is the Royal Pavilion (brightonmuseums.org.uk), built by the Prince Regent in the late 18th-century. The building is a riot of Indian, Chinese and regal aesthetic, made up of domed roofs, twisting turrets and, frankly, knock-off design. Not far from the Artist Residence is North Laine (northlaine.co.uk), where some of the best antique and vintage shops can be found.

THE HAGUE
This Netherlands? city has so much more to offer than just the UN International Court of Justice. A few minutes? walk from the city centre is the old-fashioned beach and jetty, brimming with hurdy-gurdies, restaurants, bars and the ubiquitous chip cones smothered in fritessaus.

BEACH
Crossed between a British seaside town and the US West Coast, the Scheveningen district has old world charm with a few sweet touches of tack. Amble up the boardwalk, puntzak friet in hand, or peruse the tourist shops and watch the bungee jumpers off the purpose-built tower (pier.nl).

MUST SEE
?Den Haag? is the seat of the Dutch parliament so there’s plenty of beautiful architecture to see, as well as some oddities: the Madurodam (madurodam.nl), a miniature theme park based on everything Dutch, and the cylindrical panoramic painting by Hendrik Willem Mesdag (panorama-mesdag.nl), which wraps around an observation gallery. Or get your tessellation on at the Escher Museum (escherinhetpaleis.nl). And for those with itchy feet: despite its large population, the Netherlands is actually very small – so hop on an NS Intercity train and you’ll be in Amsterdam, Utrecht or Rotterdam in under an hour.

STAY AT
As the ratio between population and space is relatively small, the Dutch do all they can to optimise the latter – so don’t expect to be spoilt for choice with palatial hotel rooms. Instead, discover that good things can come in small packages at Hotel Mimosa Scheveningen (hotelmimosa.nl); a quiet, cosy hotel a few minutes from the sea. Ideal for a families as well as soloists/couples, its ?Movie and Sleep? and ?Bike and Sleep? packages are nice touches. Rooms from €45.

This feature appeared in the August issue of Cara magazine, the in-flight publication of Aer Lingus.