Bernie Jacob has lived in the twilight between hope and hopelessness ever since her daughter disappeared without a trace twenty years ago as she walked towards her home in Kildare. This week their daughter’s case was upgraded to a murder investigation. Bernie and her husband, Michael admitted it was a jolt. “Even though we knew it was coming, it was still a shock to hear those cold words– a real heart-wrencher. No one wants to hear that their child was murdered. It is very difficult to take.” 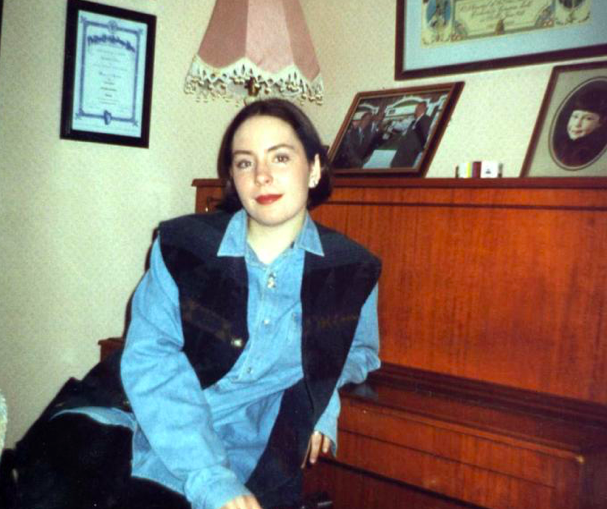 It is clear that two decades of grief-in-limbo have healed nothing. Her eyes red raw, Bernie breaks down as she describes her little girl. “She loved letter writing. She was very close to her friends. The night before she went missing, I went in to say goodnight, and she was writing all her letters…” As Bernie’s voice breaks with emotion, Michael finishes her sentence and continues to describe his daughter with pride. “She was very happy-go-lucky girl. She had a great circle of friends and kept in close contact with them. She played the piano and the guitar and was a great reader. She was a real all-rounder.” 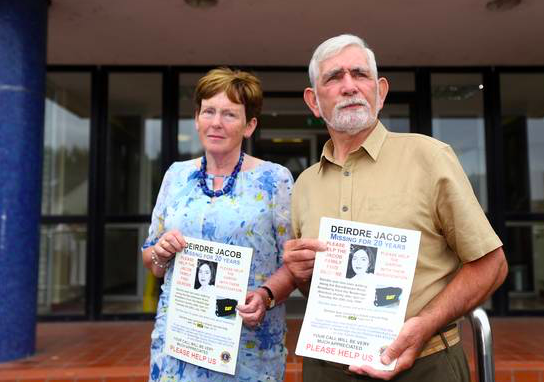 The last time Deirdre was seen was on the 28th of July 1998 just before 3pm as she walked to her home in Newbridge. She was spotted on the Barretstown Road in Roseberry. She had arrived home for the summer holidays after a year studying at St Mary’s University in Twickenham, London. The 18-year-old is seen on cloudy CCTV footage walking along the footpath on the main street of Newbridge wearing a dark t-shirt, dark trousers and white shoes with a black canvas bag slung over one shoulder – the yellow logo CAT printed on the side. The bag was never recovered. Deidre’s parents say that although they have always had hope that she’ll walk back in the door, they are grateful for the new information that has come to light. “We have to be grateful for all the work the Gardai have done over the years. We see this as progress and one of the things that has kept us going over the years is that the Gardai have always kept us very closely informed and updated about the case. We have a very close bond with them. Hopefully, our strength can help someone else who might have to go through this.” 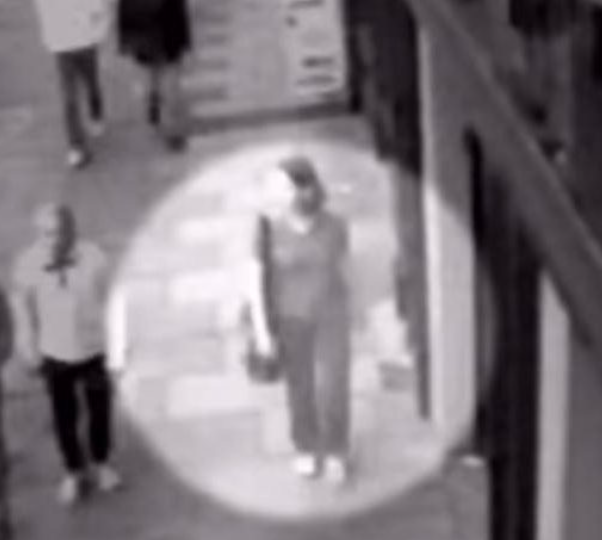 The turmoil of hope and despair

The ambiguity of the Jacob family’s loss has left them without any real closure over the circumstances of Deirdre’s disappearance. Some believe this uncertainty about the fate of a loved one is the worst kind of grief. Consultant Psychiatrist working in Harley St London, Raj Persaud says this dreadful predicament is referred to as ambiguous loss.“Because it is unclear what has happened to the missing person, the psychology of hope is naturally activated. Hope becomes a double-edged sword – inspiring optimism and a desire to fight on, but if or when that hope is dashed, deeper despair can follow. This turmoil of contrasting emotions, endlessly oscillating between hope and despair which renders this kind of grieving particularly stressful and may prevent ‘closure’ or finding mental peace.”

But which is worse, to know that your family member has been killed, or to not to know what has happened at all? Is false hope a good coping method, or is there a balance to be struck between being realistic about the levels of hopefulness, and crushing all hope? Valerie Nettle’s son Damien has been missing since November 1996. In an interview with the BBC, she says she is haunted by the not knowing. “It began to be, in my head, possible that he was dead; though I found it odd that a mother wouldn’t know by instinct if her son was dead … I tried to be calm and philosophical and tell myself this is just a mistake … this is not happening and stop panicking, there is a logical explanation and he will come waltzing through the door. But all the time deep down I knew, something was terribly wrong and it was terrifying.” Valerie says that remaining optimistic is the only way she knows how to cope. Each year at Christmas she still decorates her tree with stars her son made as a little boy out of coat hangers and gold tinsel. 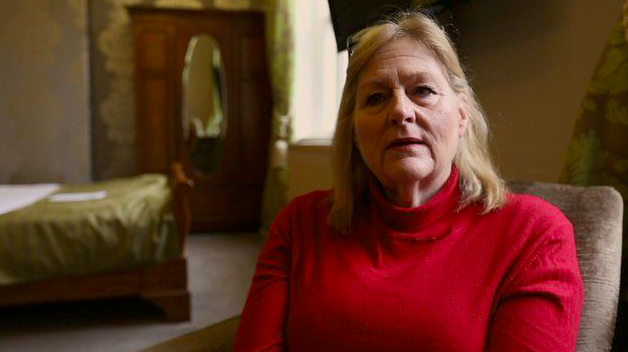 In Ireland, there are 212 currently listed on the Garda National Missing Persons List – some dating back to 1967.  That is 212 families who have no resolution or closure about their loved ones. Thousands who’ve lived a life of uncertainty, holding onto hope of a happy reunion with their loved ones or even just learning about what happened to them. And whether adults go missing intentionally or unintentionally, there is almost always a vulnerability involved. Now, detectives working on the Deirdre Jacob’s case say they have new information to suggest Deirdre was murdered. Chief Superintendent Brian Sutton is leading the investigation. “We had a conference which involved the Serious Crime Review team from Harcourt Square and detectives from Kildare and as a result of this information, we have reclassified the missing person investigation into a murder investigation of Deirdre Jacob. There’s a full-time incident room re-established in Kildare garda station. There’s a full team of detectives from Kildare with the full support of the National Bureau of Criminal Investigations and there are new lines of enquiry that have to be bottomed out.”

It is believed that one of the ‘persons of interest’ to detectives in the case is Larry Murphy. The 52-year-old from Baltinglass in Co Wicklow served 10 years in Arbour Hill prison after pleading guilty to kidnapping, raping and attempting to murder a woman in the Wicklow mountains in 2000. Larry Murphy hit the woman over the head, threw her in the boot of his car and drove her to a remote part of the mountains where raped her again and tried to strangle her. Two men who happened to be hunting in the forest came to her aid. They recognised Murphy and he was arrested the next day. He was released from prison in 2010 and Gardai have been monitoring his activities. While in prison for his crime, Murphy is reported to have told a fellow inmate that he had killed Deirdre. It is also believed that he worked as a joiner in the Newbridge area around the time Deirdre went missing.

But the wait for Deirdre’s family is far from over. “We need to corroborate this information, we need to conduct enquiries, we need to interview people that may have been previously interviewed and re-interview them again and the possibility of searches to be undertaken.”

For Bernie and Michael, they know deep down that their daughter was taken against her will. For them, finding Deirdre is still the priority. Finding out what happened may give them some closure. They acknowledge that their grief now needs direction  – it’s the heavy price we all pay for loving someone so deeply.

How many women won’t go for their evening run today haunted by the murder of Ashling Murphy?