19 Novels From The Past 40 Years Every Women Should Read

We love books, but some tomes are more than great reads – they leave their mark on a generation. SIN?AD GLEESON looks back on the novels, memoirs and manifestos that changed our lives for the better.

A lot has happened in the last 40 years since we published our first issue of IMAGE. And in that time, the list of works by female authors that have truly caught our interest and created debate has grown to quite an impressive catalogue. Since 1975, we’ve seen groundbreaking work in fiction, non-fiction and memoir by women, and how our lives are represented on the page has shifted hugely. Here’s our edit of the standout Irish and international reads over the last four decades – the ones that truly changed the way we think and look at the world. If you have yet to read them, make sure they’re on your list for 2016. 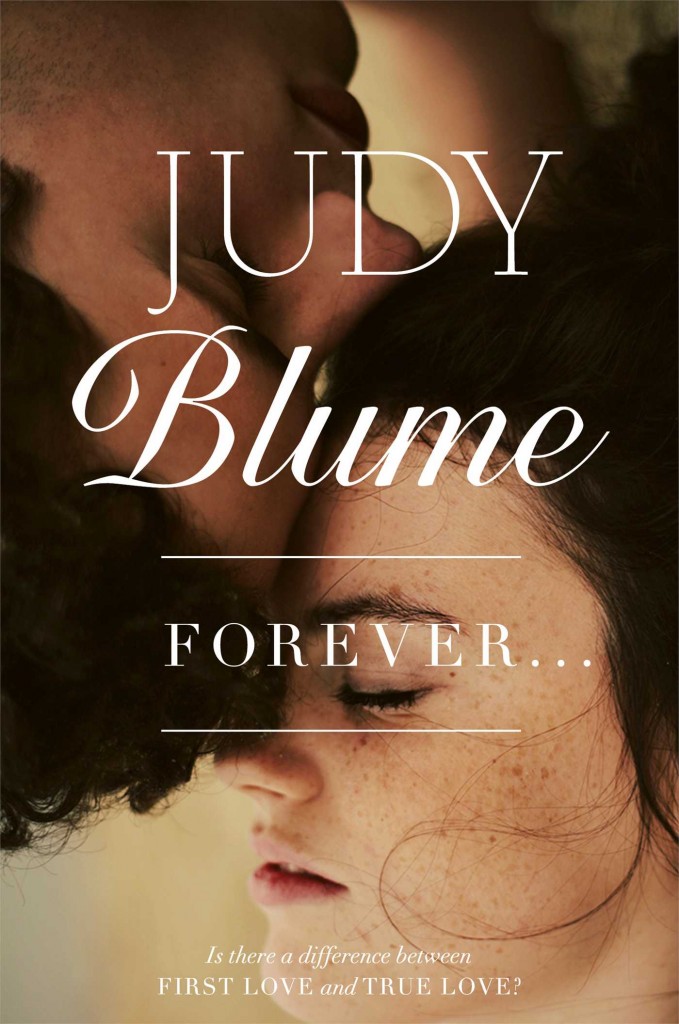 ?Forever by Judy Blume (1975)
How many of us passed well-thumbed copies of Forever around school and gasped at the sex stuff? Blume is nothing short of an icon to women of a certain age, and her blunt handling of teen sex, illness, body image and friendship has ensured her work endures. This is a much-loved novel to be passed on to daughters (and sons, and nieces and nephews).

Fat is a Feminist Issue by Susie Orbach (1978)
Long before anyone had heard the words ?body shaming?, psychotherapist Susie Orbach was writing about the ways in which women’s bodies are judged. This landmark book explored what it is to be fat or thin, as well as our relationship with food, self-esteem and how women feel about their bodies. It’s a subject she has returned to in On Eating (2002) and Bodies (2009).

The White Album by Joan Didion (1979)
Didion is a masterful writer, whatever subject she takes on, but her non-fiction writing, for many, outstrips her novels. Here, she tackles everything from drugs to Manson Family-era California, to the women’s movement and Doris Lessing. We’re in the middle of a golden age of essay writing, and Didion’s work is a great place to start if it’s a form you’re not familiar with. Also read The Year of Magical Thinking (2005), a brilliant, harrowing account of bereavement and mourning.

The Color Purple by Alice Walker (1982)
Still one of the challenged books in the US library system, Walker’s book – written in letter form – is a brutal insight not just into slavery, but also into the double discrimination women within it suffered. Often grim, it’s a fascinating gut-punch that won the Pulitzer Prize. The film version (starring a young Oprah Winfrey) is also worth a watch. 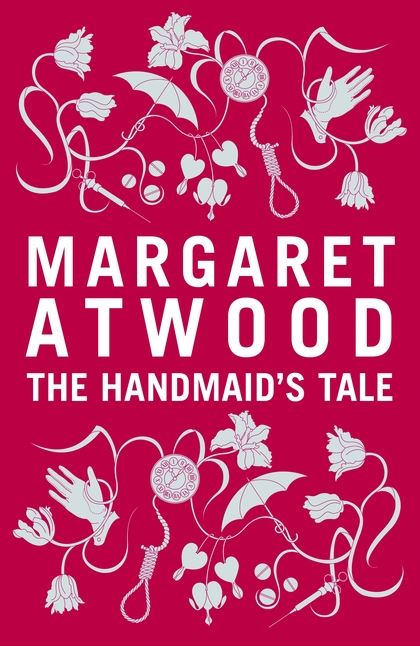 ?The Handmaid’s Tale by Margaret Atwood (1985)
Thirty years on, and this modern classic about women in the republic of Gilead seems as relevant as ever. There, women are not allowed to read and are kept as breeding handmaids for the rich. Atwood claims that the book wasn’t futuristic or sci-fi, because women have been subjugated for years. A fascinating, timeless work.

?Beloved by Toni Morrison (1987)
Sethe is frequently cited as one of the worst mothers in all of fiction, but then she has been dehumanised and utterly broken by slavery. Rather than allow the plantation master to own her children, she tries to kill them all, but only succeeds with her daughter, who is then reincarnated. Morrison’s book is one of the most important novels ever about race, and has a menacing, supernatural tone all the way through.

?Circle of Friends by Maeve Binchy (1990)
Who can forget Benny, Eve, Nan and Jack? Binchy had a knack for many things: creating memorable characters, witty dialogue and offering us a version of Ireland we know, while trying to get behind its problems. Heart-warming and funny, Binchy’s classic coming-of-age story is of its time, but was a touchstone for many.

?The Secret History by Donna Tartt (1992)
This bestselling debut made Donna Tartt’s a household name and has been called a ?whydunit?, rather than a ?whodunit?. Told from the point of view of Richard Papin, he tells the story of six college best pals – and why one of them killed the other. A riveting story, well told.

?Are You Somebody? by Nuala O?Faolain (1996)
Many people forget the subtitle of this important memoir: ?The Accidental Memoir of a Dublin Woman?, but it’s an exceptional work. O?Faolain details an Irish childhood of neglect and parental alcoholism, but is saved by books and reading. It’s also a broader examination of Ireland, and what women’s lives were like under moral and Catholic patriarchy.

Birds of America by Lorrie Moore (1998)
If you read one short story collection published in the last two decades, make it this one. Moore writes very fine novels (Who Will Run the Frog Hospital? is a brilliant examination of female friendship), but she’s regarded as one of America’s best short story writers. She writes about love, sex, and death with an arch humour, and one of her best known stories – ?People Like That are the Only People Here? – manages to make a story about a baby with cancer funny. 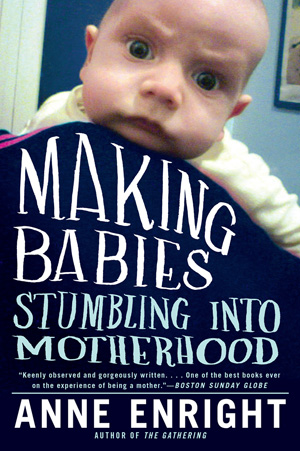 Making Babies by Anne Enright (2004)
Although most people know Enright for her acerbic, funny fiction, she’s equally at home in non-fiction and the essay. Making Babies is her no-holds-barred account of pregnancy and new motherhood. This is 1,000 kilometres away from baby whisperer books, and one that every petrified parent-to-be should read (it’s also frequently hilarious).

Female Chauvinist Pigs: Women and the Rise of Raunch Culture by Ariel Levy (2005)
Levy’s book is ten years old, but the bulk of her argument feels even more relevant today. She focuses on the politics and provenance of ?raunch culture?, a sexualisation of women that has roots in the clash between the sexual revolution of the 1960s to the rise of feminism. From music videos to pole-dancing classes, Levy argues that women are being taught that real worth is in beauty, and success means being ‘sexy?, rather than smart.

The Gathering by Anne Enright (2007)
The first Irishwoman since Iris Murdoch to win the Man Booker Prize, Enright’s novel is an occasionally bleak, but consistently brilliant examination of an Irish family in crisis. Her last two novels, The Forgotten Waltz and 2015’s The Green Road, also warrant inclusion, and Enright has a gift for writing about familiar themes, but with newness and exquisite sentences.

Just Kids by Patti Smith (2010)
You don’t have to know anything about Patti Smith or her music to appreciate the brilliance of this book. On the surface, it documents her relationship with photographer Robert Mapplethorpe, but it’s about so much more: art, survival, success and the redemptive power of music, words and images. Her follow-up book, M Train, has just been published.

Living Dolls by Natasha Walter (2010)
After her earlier work, The New Feminism, Walter backtracked somewhat on her views to rail against the way women are perceived. She dissects sexism, misogyny and the hyper-sexualisation of culture and women’s lives. All of these issues are still as prevalent, and women are still taught that their value lies in their physicality. A must read.

Room by Emma Donoghue (2010)
Inspired by the real-life horror case of Josef Fritzl, Emma Donoghue’s novel is all the more haunting because it’s told from the point of view of a five-year-old boy. Jack is imprisoned alongside his mother by the man who kidnapped her as a teenager. Often harrowing, there’s already huge Oscar buzz around Lenny Abrahamson’s claustrophobic film version, out in January. 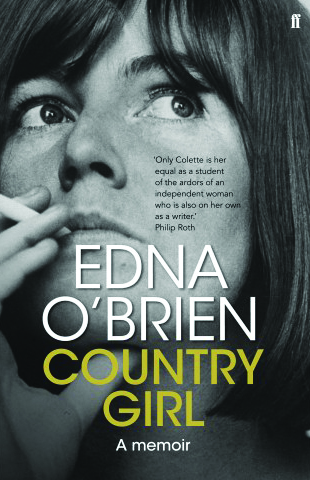 Country Girl by Edna O’Brien (2012)
Everyone read O’Brien’s The Country Girls trilogy (which was banned and burned in her hometown), but her memoir is an eye-opening account not just of her brilliant literary career, but the parallel misogyny directed at her from her male contemporaries. The Grande Dame of Irish literature endured many of the same pitfalls of Irish childhood in the mid-20th century, but her resilience shines through. (Also, she turned down the advances of Richard Burton and Marlon Brando.)

Men Explain Things to Me by Rebecca Solnit (2014)
Solnit, a respected essayist on landscape, walking and gender, has been wrongly credited with coming up with the term ‘mansplaining?, even if she was the first to describe how it works. Brilliant, incendiary writing on women’s lives, Indian gang rapes, marriage equality, and feminism. A must-have manifesto.

?Asking for It by Louise O?Neill (2015)
Loosely based on a couple of high-profile rape cases, O?Neill’s second novel has started a much-needed national conversation about the nature of consent. The central character, 18-year-old Emma O’Donovan, does little to endear herself to the reader – but we’re on her side when it comes to the horror of sexual assault.