Heading to Japan for the rugby? Don’t miss a visit to an authentic Japanese spa

Aoife Ní Chroidheáin on Japanese hot spring and why no trip to Japan is complete without experiencing the meditative atmosphere of ritualised bathing in a positive, zen environment.

With the Rugby World Cup migrating across the globe to Japan this autumn, taking half of Ireland’s best with it, now seems as good a time as ever to contemplate a jollier off to the Land of the Rising Sun. But if the notion of nipping off to Nippon (Japanese word for Japan) for the ruggers isn’t quite your cup of tea, I am here to tell you there are many other reasons to head east. Yes, ladies and gentlemen this is the article that you have been waiting for to convince you to accompany your significant other to Tokyo this autumn, or indeed head off on an adventure on your own.

Japan boasts an unrivalled number of geothermal spas and nude hot spring bathing is almost like a national sport. From Hokkaido in the far north to Okinawa, the southernmost tip of Japan (roughly the distance of London to Marrakech) the Nippon Onsen Research Institute counts 3,157 registered Onsens with an average annual number of guests across Japan numbering almost 140 million people.

While at the Onsen, guests move in a circuit from bath to bath, each of varying temperatures, allowing their body to relax and soak in the health benefits of each pool.

While the word Onsen literally means ‘Hot Spring’ in Japanese, it also includes cold springs as part of the bathing ritual. In order for a place to officially be an ‘Onsen’ it must have water containing hydrogen ion, fluorine ion or sulfur which in the hot, spring water are believed to help lessen the effects of neuralgia, myalgia, rheumatism and dermatosis. While at the Onsen, guests move in a circuit from bath to bath, each of varying temperatures, allowing their body to relax and soak in the health benefits of each pool. In keeping with the traditional Japanese aesthetic principal of Miniturisation (where the garden is a miniature and idealised view of nature, with rocks representing mountains and so on) thoughtful and artistic placement of lanterns, rocks and water features enhance the experience of relaxation, both outdoors and indoors at the Onsen.

It is considered the height of poor form to just leap into the spring without having washed oneself thoroughly beforehand at one of the bathing stations in an ante-room.

Traditionally, both men and women bathed together, however following the Meiji restoration of 1886 and the ensuing ‘Westernisation’ of Japan, bathes have become gender-segregated and a strict etiquette of behavior is to be observed, in a nutshell: no horse-play, no uncleanliness, no tattoos and no clothes. Given that the Onsen is a more practical spa the idea that one should be quiet and respectful is hardly rocket science and regarding the cleanliness, it is considered the height of poor form to just leap into the spring without having washed oneself thoroughly beforehand at one of the bathing stations in an ante-room. 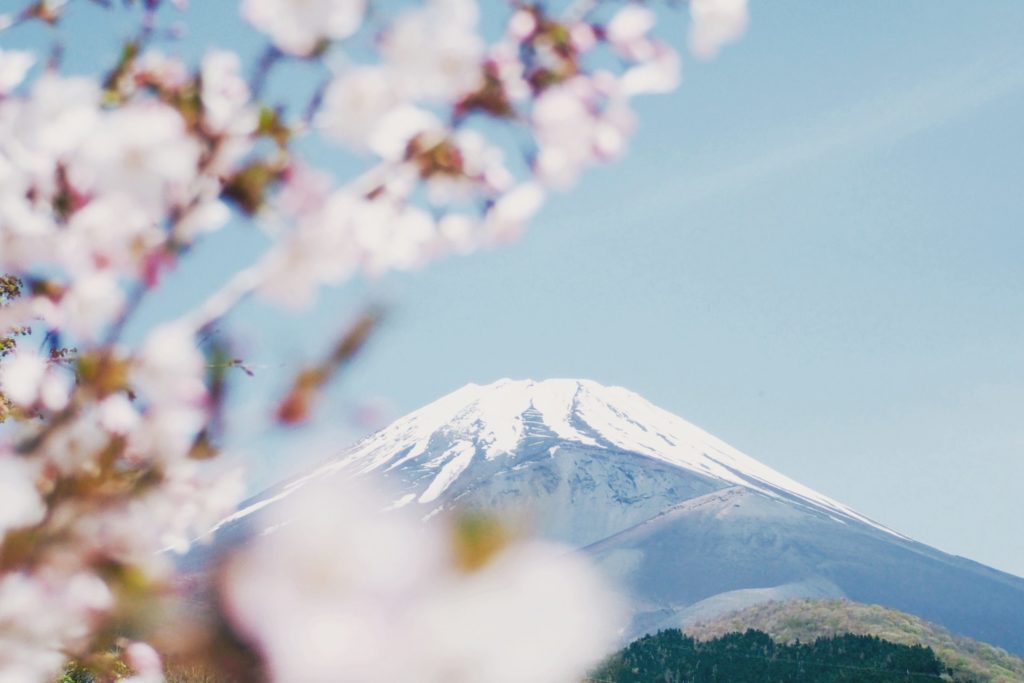 the rule is that you strip down to your birthday suit and proceed to the communal bathing area with nothing but a narrow, little Onsen towel to place on your head to keep cool

As for the tattoos, 56% of Onsen operate a tattoo-ban, a policy originally introduced to prevent members of the Yakusa (Japanese crime gang) recognisable by their elaborate tattoos from coming to the Onsen to do business deals. In recent years however, Onsen have relaxed their stance on this policy, with some turning a blind eye, and others just requesting that the tattoo be covered by a bandage.

Finally, no clothes. This may seem obvious, but not necessarily. Back in the old days, men and women could bathe together in dressing-gown-like towels for modesty but now that the bathes are gender segregated, the rule is that you strip down to your birthday suit and proceed to the communal bathing area with nothing but a narrow, little Onsen towel to place on your head to keep cool.

My own Onsen experience began at Hakone (hot-spring resort town reachable from Tokyo by train), where, suggesting that we leave the bustle of Tokyo for a few days, my significant other had organised a trip at the weekend to enjoy the Onsen scene. Although he’d told me about these springs in the past, the starkness of it only really registered with me when I actually got into the women’s antechamber washing section of the Onsen. Up until that point, having grown up with sisters and gone to an all-girl’s school, I hadn’t been phased by the semi-naked beings dressing and undressing around me, but suddenly with no more towels or clothes to cling to, it was time to face the music. Realising that gingerly, self-consciously stepping from bath to bath was actually more noticeable then calmly walking about the spring, I channeled my inner-Andrea Corr and went on to enjoy a gloriously relaxing afternoon at the Onsen.

All I’ll say is that this kind of communal bathing would not work as successfully in the UK or Ireland, likely for reasons of social awkwardness more than anything else. However, one thing that struck me, was that the culture of body shaming or judgement often so prevalent in the west has not filtered into the Onsen sphere in Japan. As a result, one really does relax, unwind and enjoy the meditative atmosphere of ritualised bathing in a positive, zen environment. When in Japan this is certainly a must in terms of cultural appreciation if nothing else, and might present a welcome break from roaring, fan-filled stadia and the inevitable torrent of rugby chat. 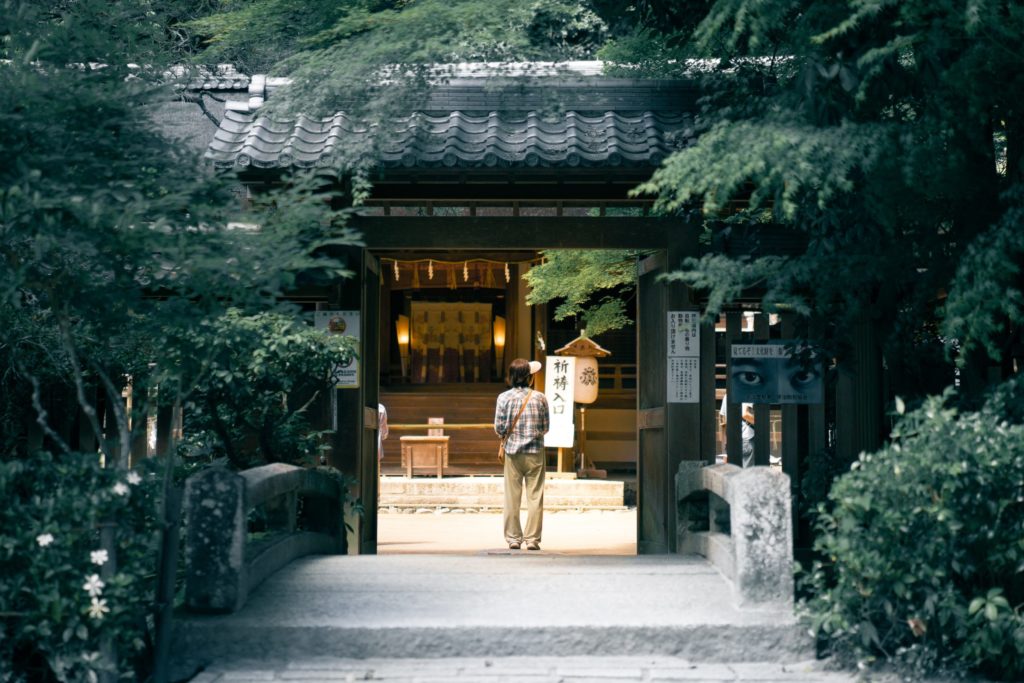 How to get there and where to go

Hakone is reachable by the Odakyu line ‘Romance Car’ from Shinjuku, Tokyo. Tickets cost 2280 Yen (EUR 18) and the journey takes approximately 75 minutes. Incidentally, Hakone is right next to Mount Fuji and offers stunning views of this Japanese natural treasure.

Onsen Tenzan (tattoos allowed) is a local favourite and for the princely sum of 1300 Yen (EUR 10) you have all-day access to the baths. Another good option is Onsen Yunosato (tattoos not allowed) that offer private family baths (slightly more expensive) as well as public baths. Most Onsen also have eating areas, but worth noting is that the food tends to be a bit pricier than normal eateries.

On the very upmarket end of the Onsen scale in Hakone is Gora Kadan. A summer villa originally belonging to the Imperial family, this Onsen is also a hotel with hot spring bathing facilities, an overnight stay at which for two costing a slightly eye-watering, 700 to 1400EUR per night.

Related: Why you should be eco-conscious on your holiday to Asia

Member competition: WIN an overnight for two people at Monart Spa plus treatments

Unique Day Spa: An unexpected piece of serenity in a Dublin 24 industrial estate