8 Celebrity Couples Who Met On Set 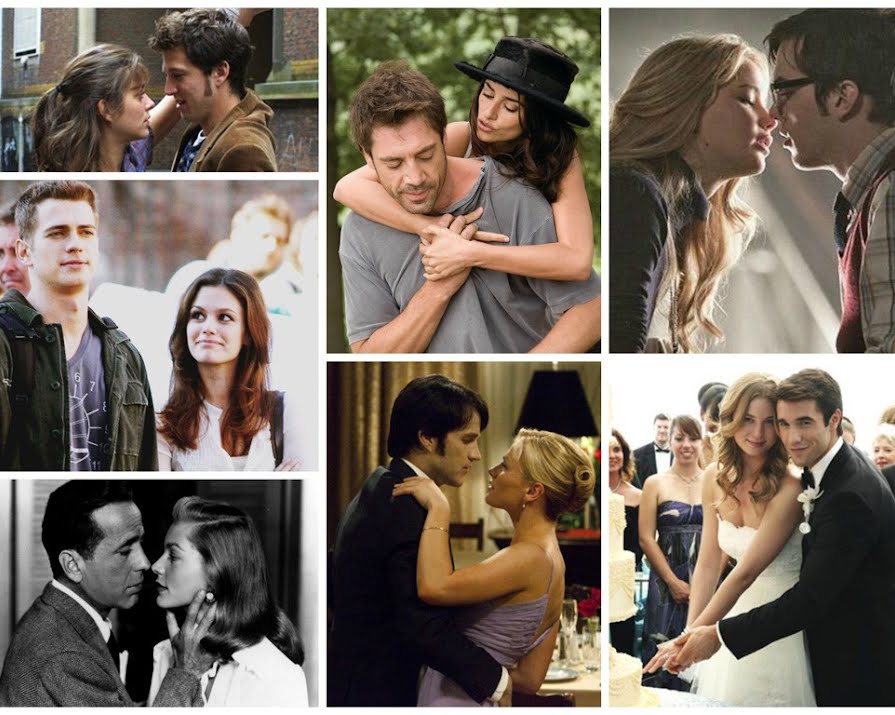 It turns out that there is one thing we have in common with those gorgeous celebrities who prance around on red carpets in couture dresses and beautifully tailored suit and have perfect teeth – they also frequently date their co-workers.

Some of them even share their first kiss in front of a camera watched by a room full of people. Imagine having that awkward first kiss immortalised onscreen and seen all in thousands of cinema goers?! Mila Kunis confessed to People that her first kiss EVER was onscreen with her now-husband Ashton Kutcher way back when they were on?That ’70s?Show.?And lets be honest, part of the enjoyment of watching (and rewatching and rewatching)?The Notebook?is because you know what an adorable couple Rachel McAdams and Ryan Gosling made in real life.

We look back on celebrity couples who met on set.

Channing Tatum and Jenna Dewan-Tatum,?Step Up?(2006) 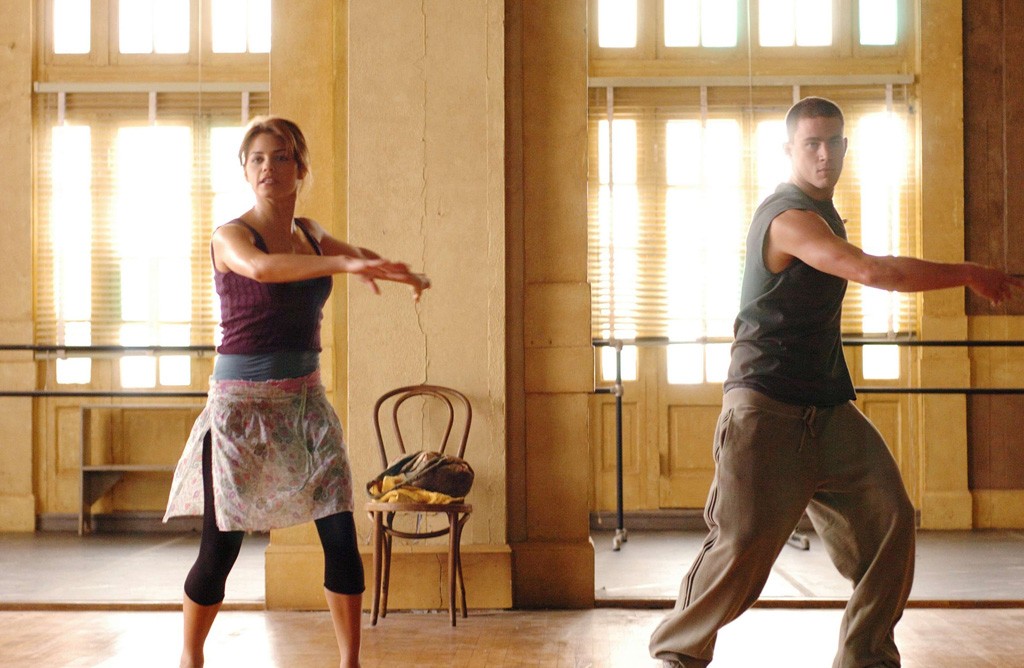 These two are?Hollywood’s darlings at the minute, what with them gushing about each other on the red carpets for?Magic Mike XL?across the globe. Check out the adorable pair and many more at the London premiere.??They met on the set of surprise hit film?Step Up?in 2006, where they played two dance students from opposite backgrounds who are forced to work together for the sake of their futures. Like any good romcom, they hate each other before they love each other. They’ve been together ever since, marrying in 2009 and Dewan-Tatum gave birth to their first child, a daughter named Everly in 2013. They remain one of the foxiest celebrity couples out there,?Game of Thrones?star Emilia Clarke confessed to Harper’s Bazaar that she wanted to do “something sexual” with the pair and they seemed rather open to the idea when asked. Weird, but okay.

Marion Cotillard and Guillaume Canet,?Love Me If You Dare?(2003) 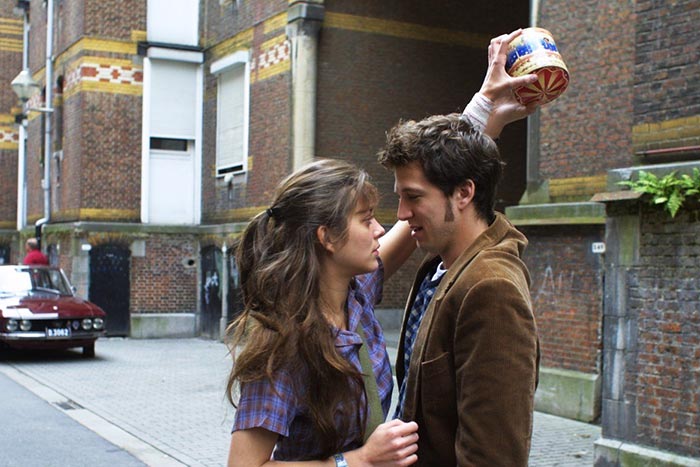 This is quite an interesting pairing. These two French actors’starred in the 2003 French film?Love Me If You Dare, in which they play the lead protagonists who meet as children and develop a friendship based around a game of dares which lasts decades as they gradually develop feelings for one another. The onscreen chemistry is palpable but the two didn’t start dating for another four years, because at the time of filming Canet was married to Diana Kruger. They divorced in 2006 and soon after Canet was linked with Cotillard. They are still together and announced the birth of their son, Marcel, in 2011. 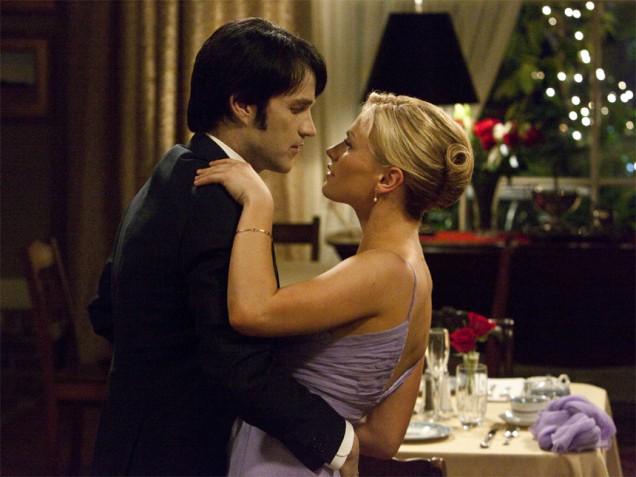 We’ve always liked Anna Paquin since her?Fly Away Home?and?X-Men‘days.?We worried that she might go off the rails like every child star from that generation, so when she started dating her True Blood??co-star Stephen Moyer in 2007 we kind of loved it. Their great chemistry pretty much made the TV series (sorry Eric fans) and their quiet life off-screen and refusal to talk about their relationship has?only added to their appeal. They married in 2010 and Paquin gave birth to twins in 2011.

Humphrey Bogart and Lauren Bacall,?To Have and To Have Not?(1944) 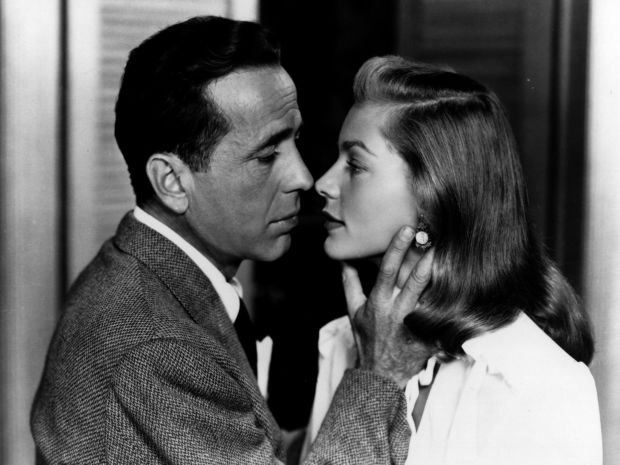 This relationship is proof that all this celebrity drama and scandal occurred long before the invention of the internet. These two met on the set of?To Have and To Have Not?in 1944, a World War II film set in the French Antilles where a wandering American waitress (Bacall) falls for a fisherman (Bogart) who is forced into smuggling French Resistance fighters. The two already-very-famous actors fell in love while filming. Generic enough you might say, but Bogart was forty-four at the time and Bacall just nineteen. That’s a twenty-five year age gap. How very Sam and Aaron Taylor-Johnson of them. Oh and he was married to theatre actress Mayo Methot. The Bogart-Methot union was rocky at best – known as “the Battling Bogarts” in the press, they both had severe drinking problems and Methot was known to be a violent drunk, at one point stabbing her husband in the shoulder during a domestic spat. Yep, we told you, Drama with a capital ‘D’. They divorced in 1945 and Bogart married Bacall soon afterwards. The two remained together until his death in 1957 and had two children. So fear not, like any good Hollywood story, it ended happily… Except for Methot who died in 1951 from an alcohol-related illness. You really couldn’t write it. 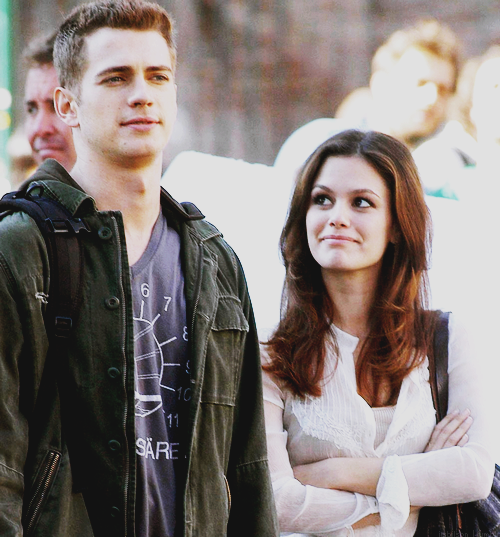 Can you imagine a Star Wars – The O.C.?crossover? Yeah we can’t either, but these two seem to make the SoCal-Galactic thing work. These two met soon after?The O.C. wrapped (and Bilson’s relationship with Brody ended) in 2007. Christensen had been quiet on the acting front since his Anakin days until the two starred as time-travelling lover interests and got engaged the following year. Following some on-again-off-again shenanigans, they’settled down and Bilson gave birth to their first child, daughter Briar Rose (after Disney’s Sleeping Beauty) in 2014. 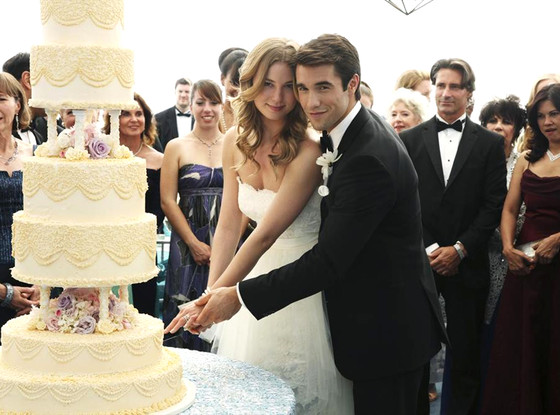 This ridiculously attractive duo have managed to keep their relationship fairly low-key, in sharp opposition to the show on which they met. These love birds met on the absolutely bonkers TV show that we secretly love,?Revenge, where they played love interests. Well he loved her but she was just putting it on because she wanted to reek havoc on his family who framed?her supposedly-dead father for treason but then she starts to develop feelings for him so maybe… Let’s just call them love interests. Anyway, the Brit (yep, Bowman is British, add him to the list of actors who have nailed the American accent – looking at you Damian Lewis) and the Canadian began quietly dating in 2011, and the two are rumoured to be engaged but expect them to pull a Brody-Meester on it and?keep any change in marital status well under wraps.

While the entire world has been girl-crushing on Jennifer Lawrence for god knows how long, it seems that Nicholas Hoult was ahead of the game when he fell for Jennifer on the set of?X-Men: First Class? in 2011. Playing characters who weren’t comfortable with their physical appearance, they fell for their mutual insecurities, only to be parted when Lawrence’s character Mystique decided to join forces with a very handsome Magneto, played by the always-charming Michael Fassbender. Life imitates art in this case as the two broke up and Lawrence moved on with Coldplay’s Chris Martin. However, it looks like they’ve reignited again on the set of the new?X-Men? movie and we’re loving this re-coupling (’cause she “consciously uncoupled” from Chris Martin, getit?).

Katherine Hepburn and Spencer Tracy,?Woman of the Year?(1941) 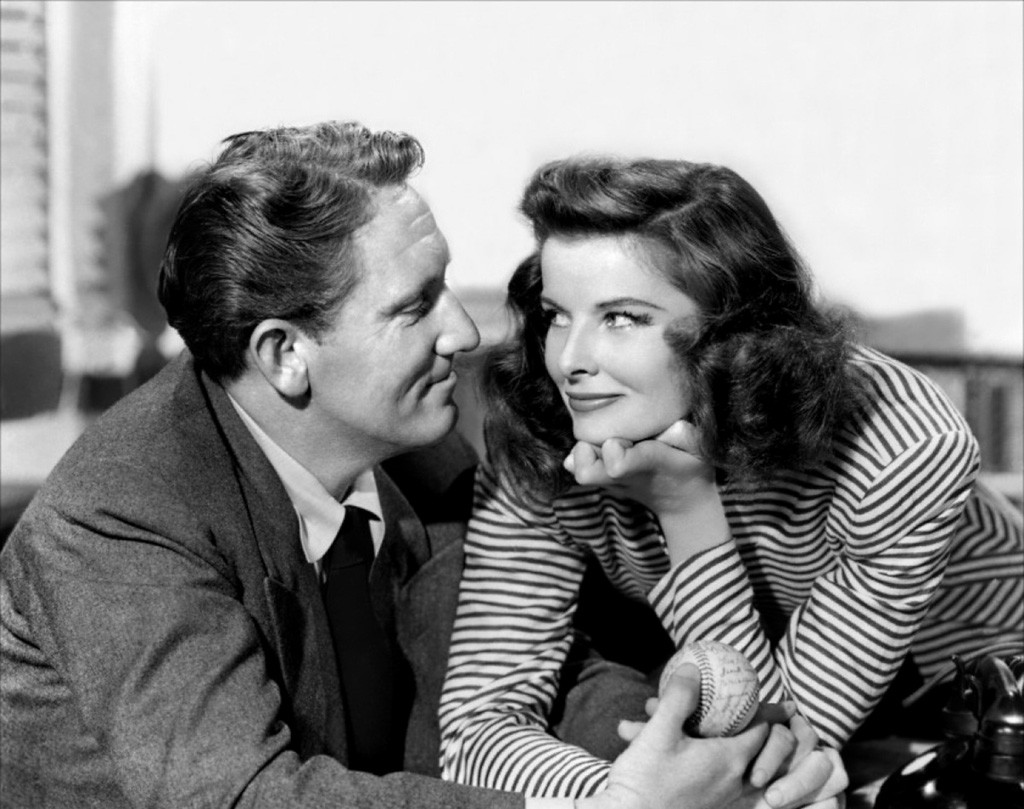 This is another celebrity pairing that packed quite the scandalous punch during its time. Katherine Hepburn (one of our style icons, woman could work a pantsuit like no one else) met Spencer Tracy on the set of their 1944 film?Woman of the Year. Known for playing strong female characters, Hepburn played a woman who was devoted to her career to the demise of her marriage.?Spencer was in fact married with one son at the time of filming, though effectively’separated. He was a staunch Catholic and many account Tracy’s guilt that his son’s deafness?was retribution for his extra-martial affairs. However he fell hard for Hepburn and their relationship remained an open secret in Hollywood until his death in 1967. He never divorced his first wife.

Britney Spears has a lot more to say about her conservatorship