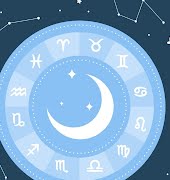 Who is Ghislaine Maxwell? Everything to know as she goes on trial

British socialite Ghislaine Maxwell is on trial and the media coverage around her case has increased tenfold. But who is she and what is she on trial for?

A well-known British socialite, Ghislaine Maxwell is the daughter of media tycoon Robert Maxwell – though it’s her associations with financier and convicted sex offender Jeffrey Epstein that have really made her a focal point of popular culture.

The youngest of nine children, she’s also rumoured to have been her father’s favourite and worked for him up until his death in the early 90s. Subsequently moving to the US, after he had passed away, it’s there that Maxwell first met Epstein. Initially, a romantic relationship, The Guardian states that it soon “evolved into something more akin to that of a close friend, confidante and personal assistant”.

Why is she on trial?

Maxwell is accused of trafficking minors for Epstein, who took his own life in a Brooklyn prison while awaiting trial in 2019. Arrested at her home on July 2, 2020,  she was refused bail and has been in custody ever since.

Initially formally charged with six counts, Southern District New York officials say that she “played a critical role in helping Epstein to identify, befriend, and groom minor victims for abuse” – in some cases, she even “participated in the abuse”, they allege. Additional sex trafficking charges were added to Maxwell’s indictment in March this year.

“The rewritten indictment added a sex trafficking conspiracy and a sex trafficking charge against Maxwell. It also added a fourth girl to the allegations, saying she was sexually abused multiple times by Epstein between 2001 and 2004 at his Palm Beach, Florida, residence, beginning when she was 14 years old,” the Associated Press reported at the time.

“The indictment said Maxwell groomed the unidentified girl to engage in sex acts with Epstein through multiple means, including by giving her lingerie and hundreds of dollars in cash and by encouraging the girl to recruit other young females to provide ‘sexualized massages’ to Epstein.

“It said Maxwell ‘facilitated Jeffrey Epstein’s access to minor victims knowing that he had a sexual preference for underage girls and that he intended to engage in sexual activity with those victims’,” the article continued.

If convicted, Maxwell will face up to 35 years in prison. She, however, maintains her innocence and has pleaded not guilty to all counts.

Maxwell is reportedly responsible for introducing Prince Andrew to her then-boyfriend Jeffrey Epstein in 1999. A close associate of the Duke of York, it’s unclear how the two first met themselves.

Much controversy has been caused over a photo of the prince at Ms. Maxwell’s home, in which he can be seen with his arm around 17-year-old Virginia Giuffre – one of Maxwell’s accusers. Giuffre alleges that she was trafficked by Epstein and that the Duke of York sexually assaulted her on three different occasions. Maxwell was the one to have introduced the two. In a 2019 interview with the BBC, Giuffre recounts being told by Maxwell that he had to “do for Andrew what I do for Jeffrey”.

Prince Andrew has consistently denied all allegations against him, claiming that – despite photographic evidence of the two together – he has no recollection of ever meeting her. The Duke of York has refused to publicly discuss charges against Maxwell.

One of the most highly-anticipated trials of recent years, Maxwell’s trial is now underway and expected to last approximately six weeks. Prosecutors have said that at least four women will testify against Maxwell. She will try to challenge this though with the BBC noting that a letter by her lawyer claims her accusers “might have faulty memories”.

The article continues to say that Elizabeth Loftus, a psychologist specialising in false memory, is one of the experts Maxwell’s legal team is hoping to call. Already having testified in more than 300 trials, Loftus has been involved in many other high-profile cases in her time including those for defendants such as Harvey Weinstein, Ted Bundy, and OJ Simpson.

“According to her profile on the UCI School of Social Ecology, Ms. Loftus’ research has revealed how memories can be changed by things we are told and information we subtly absorb after an event,” the BBC states.

“She will describe scientific research showing that false memories can be described with confidence, detail, and emotion, just like true memories,” the letter reads.

Asked his thoughts on the case during his time in office, former president of the United States, Donald Trump, commented, “I haven’t really been following [the case] that much. I just wish her well, frankly. I’ve met her numerous times over the years, especially since I’ve lived in Palm Beach, and I guess they lived in Palm Beach. But I wish her well, whatever it is.”

Maxwell’s trial is being held in the downtown Manhattan courtroom of US District Court Judge Alison J Nathan.