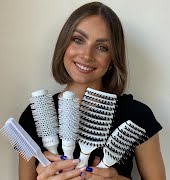 If only the hobbies of middle-aged male politicians attracted as many accusations that they are a danger to good governance as an old bop with your pals.

Finland’s Prime Minister, Sanna Marin, has made headlines after a video showing her dancing at a private party with friends went viral. And it’s drawn both admiration and criticism.

The leaked footage, which according to AP, was recorded a few weeks ago, shows the 36-year-old throwing down some serious dance moves but it’s prompted critics to wonder if the leader was in any state to govern should a crisis have emerged.

But can’t a crisis erupt while politicians are fishing or golfing, or doing whatever people do to unwind in their private time? More importantly, if representatives of a country are cut down for acting like normal people in their private lives, they will lose touch with what ‘normal’ people do.

Besides, there is no evidence Marin was incapable of leading, or that she was drunk.

Just because people are in the public eye, doesn’t mean that are not allowed to have freedom of expression. This forces a sanitized and carefully controlled image that is unsustainable and often damaging (hello almost every member of the royal family).

Yes, there are certain lines to be drawn when it comes to accepting life in public office, but partying with friends privately shouldn’t have elicited the global hysteria we’ve seen with this short clip.

The problem is that this kind of pearl-sac clutching takes away from the actual politics. In fact, it risks turning real democratic debate into Daily-Mail style take-downs based around clothing and appearance. More than a few articles referenced PM Marin as ‘gyrating’, ‘grinding’ or ‘in high spirits’ all fluff words for what they are really implying.

“Take your leather jacket and resign,” wrote one critic of the video which is filmed at a friend’s house as Marin parties with her pals, for example.

But it was the accusation that one of Marin’s friends referred to “flour’ in the footage, which caused an anonymous expert to insinuate a link between the PM and drugs, something she’s denied. At a press conference on Thursday, Marin said she had not used drugs or drunk heavily at the party. “I have danced, sung, celebrated, done legal things,” she said.

“Though I consider the demand for a drug test unjust, for my own legal protection and to clear up any doubts, I have taken a drug test today, the results of which will come in about a week,” she said at a press conference.

Ms Marin, the Nordic country’s youngest-ever prime minister, said she did not have any government meetings that weekend and “I had some time off and I spent it with my friends. And I didn’t do anything illegal.”

She also said she doesn’t see a need to change her behaviour. “I am going to be exactly the same person as I have been until now and I hope that it will be accepted.”

The irony is that some of the same critics of Sanna Marin also recently defended a conservative member of parliament accused by nine separate individuals to have been grooming underage girls and plying them with alcohol.

The truth is that Marin’s overt enjoyment of her (some think sexy) dance moves makes people uncomfortable. How can she possibly rule effectively and shake her hips like that? We are right back to the images of ‘good woman’ as homely and sensible. How women should act.

What this so-called scandal has shown is that a lot of people are uncomfortable with women in positions of power. It shows the power of disinformation and right-wing hysteria

The problem some have (and which they blame on her inability to govern if something happened that night) is that Marrin is also a mother (frown), and therefore has no business being out living life so obviously enjoying her ‘wild night’ (shake of the head).

These same critics can barely tolerate this type of ‘brazen’ confidence in day to day life for woman not involved in politics, but the fact that Marin is on a pedestal means they are determined to topple her statue.

There are far more damaging ways of letting off steam. How many stories about drunk male politicians have we had over the years, and it never goes viral. Unless it’s affecting politics, we need to lay off.

What this’ scandal’ has shown is that a lot of people are uncomfortable with women in positions of power. It shows the power of disinformation and right-wing hysteria. It shows the media’s need to blow things out of proportion.

The timing of the video’s release is also interesting. This week Finland decided to limit the number of visas issued to Russians from September 1, amid a rush of Russian tourists bound for Europe.

So let’s be clear, there’s nothing wrong with relaxing and unwinding after work. As Emma Goldman once said; ‘A revolution without dancing is not a revolution worth having”

“Woman dances to music”. How outrageous.