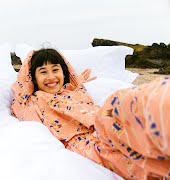 Ryan Reynolds and Blake Lively – the couple that trolls together, stays together… or something like that.

Known for their witty online banter, Blake Lively and Ryan Reynolds have come to be one of the internet’s favourite couples for that exact reason. Routinely spotted giving each other a hard time on social media underneath Instagram posts or via Twitter, their lighthearted jabs prove that they don’t take themselves (or each other) too seriously, and we love them for it.

Suggesting that they really are as down to earth as we perceive them to be, it seems that their relatability even extends to their parenting troubles, as Ryan has revealed that they too are plagued by their children’s incessant requests to play Baby Shark over and over and over again. A common grievance amongst anyone with a toddler, there are very few people the world over who aren’t familiar with the song but if you’re not, count yourself lucky.

Unable to take much more of its characteristic high pitched doo doo doo’s, Ryan has come up with a way to curb his daughters’ enthusiasm for the song – and naturally, he made sure it involved trolling his wife in some way too.

What’s his solution you ask? Well, Mr Reynolds reckons one viewing of Blake’s movie The Shallows, and his youngest daughter, Betty, will be cured of her Baby Shark obsession. A 2016 horror movie, in it Blake stars as Nancy Adams, a surfer that gets stranded 180 metres from shore and must try to escape the snapping jaws of a great white shark. The stuff of nightmares, such an event is highly unlikely to happen in real life (PETA reports that sharks killed just five humans in 2018 compared to the 100 million sharks humans killed in the same year), but even the thought of it would still absolutely terrify you.

Taking the comments very much in her stride, Blake responded by joking, “well at least they’ll have ample content for therapy”. Sounds like she’s in favour of the plan… it may cause some tears but it would definitely put a stop to the Baby Shark soundtrack, so pick your poison I guess.

Did Peloton (and Ryan Reynolds) know about that Big SATC twist?

Directed by Blake Lively and starring Miles Teller, Taylor Swift drops video for ‘I Bet You Think About Me (Taylor’s Version)’