Moving from the city late last year, Liadain Aiken has spent the pandemic not creatively producing, but simultaneously building foundations for growth, and slowing down.

Liadain Aiken was looking forward to spring. The knitwear designer had relocated from Dublin to Ballydehob officially in November, but with the blur of Christmas and the weathering of the winter months, it was finally time to get out in the warmer temperatures to go to markets and meet more people in the community. Well, it would’ve been in any other year.

“January and February were hard. It was dark and it was cold, and wet,” she says, over a Zoom call. “Our house is windy; it’s on a hill anyway and there were so many storms. The weather was intense.” Although many people had warned her about weather, she didn’t think it would bother her so much. “But I got it. It was so much more intense than Dublin.”

Soon after, the much-anticipated Ballydehob Jazz Festival was postponed, and the parade of bank holidays that would’ve seen family and friends visit, came and went quietly. “I was at small gigs in the wintertime and stuff like that, but then, of course, everything was cancelled. Covid has definitely put a dampener on settling in here for sure. It has put a dampener on meeting people, and just the ease of having parties or gathering to get to know people better.”

Liadain moved with two friends, who had a connection to the area, and they found a house to rent around 5km outside Ballydehob. This has taken some adjustment. In Dublin, she was able to cycle everywhere, but now, her rural life requires getting into the car and driving most of the time. 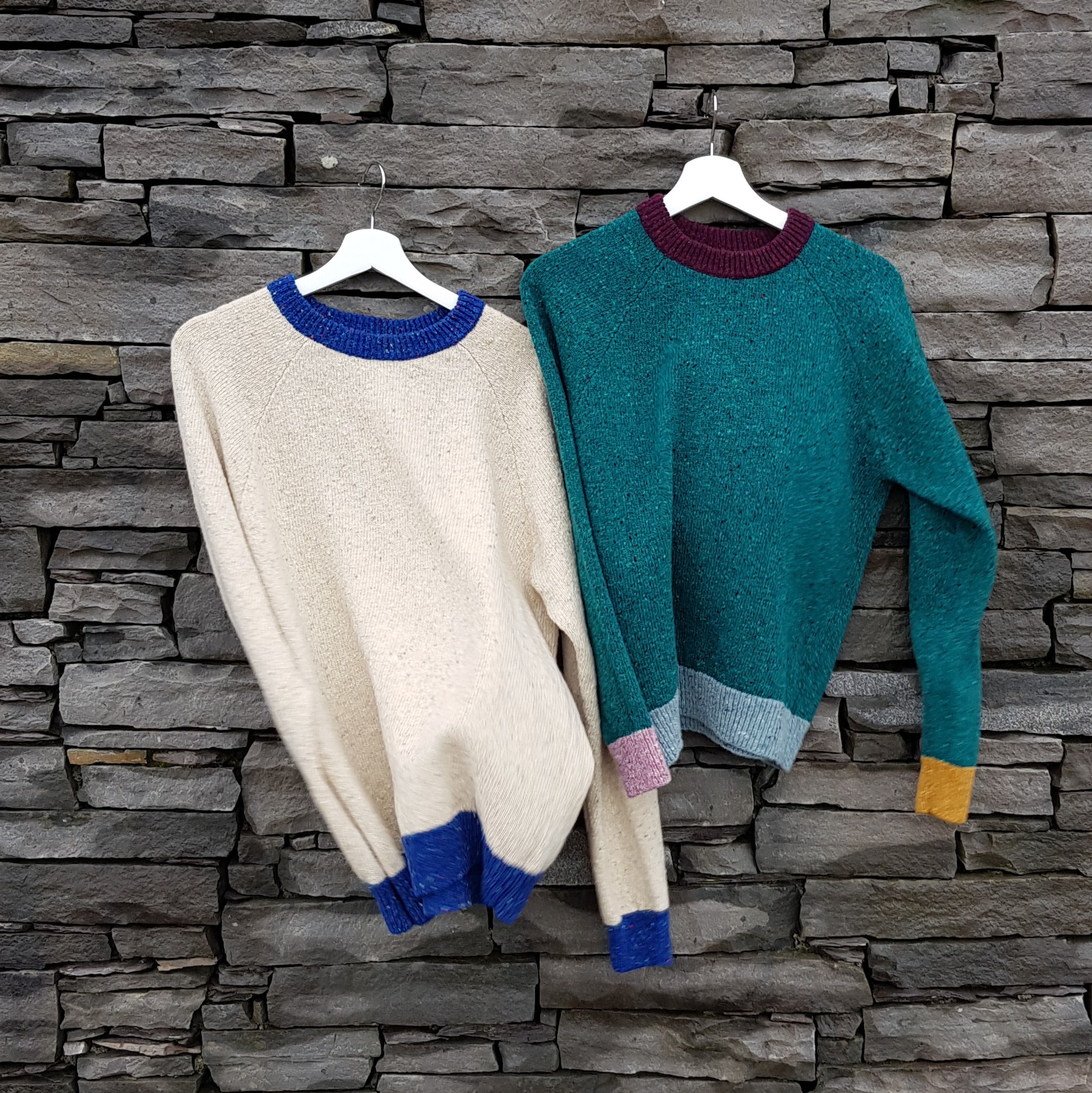 Growing up in Ardee in Louth, she always had one foot in the country and one in the town. “We were only ten minutes walk from main street, but behind the house was countryside, and beside it, a river. There was a long disused railway line that goes to Dunleer so we’d spend a lot of time walking there and just being in nature.

“We spent my childhood summers in Sligo in this shack of a holiday home that my family had, and we’d be there for the six weeks in the middle of nowhere, by the sea. I think that’s what drew me to here.”

Sligo was a consideration at first but Liadain didn’t feel she had that many connections there, and Clare too. “I minded a friend’s house between Ennistymon and Lahinch for a month, and I have lots of friends there, so I could easily move to Clare tomorrow and slot in. I also thought of Wicklow, where my sister lives.”

However, West Cork continued to pull. “It just kept popping up for me. I was constantly asking ‘what should I do?’ and ‘where should I go?’ Finally, I said it needed to happen, I really wanted it to happen last year.” When her friends, Hazel and Barry, announced they were moving to West Cork, the trio started putting it out there that they were looking for a house, and one came up. It seemed easy.

Having lived in Dublin most of her adult life, leaving the capital was a whirlwind. “It was emotional leaving. I was definitely taking a leap making this move.” Liadain also moved in November, her busiest time of the year, a timing she calls “absolute madness”, but she put the head down and did it. “I feel like I’m in the right place, and I’ve made the right move.” 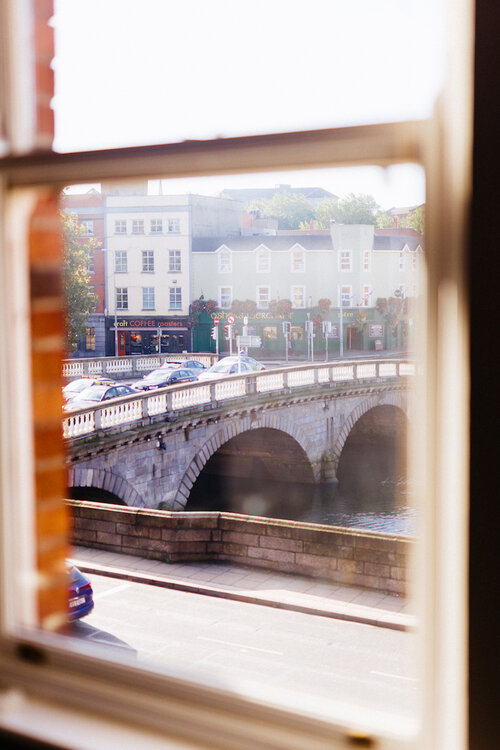 Still, she talks about her great set-up in Dublin; in a lovely house, a 15-minute cycle to the studio and in a shared and supportive creative professional space, with gorgeous sunlight coming through large sash windows overlooking the Liffey. She loved being able to cycle everywhere, the ease of meeting up with people and being in the hub of the city for big events, like protests and marches.

All said, she admits she wasn’t using the city as much as other people did. “More and more, I was just doing my work and escaping the city, on holidays or just getting to the sea for the swim. Dublin is amazing and I absolutely loved it in my twenties, I had such a great time.”

The club, dance and pub scenes were draws, “But as I’ve gotten older, I found I wasn’t availing of it so much. And also, it’s dwindled, so many of the clubs are gone. I feel really sorry for young people growing up without that because we had such an amazing culture of it, and so many great nights. There are lots of people still doing really great things of course, but it’s getting harder and harder.”

The traffic in the city was also increasingly frustrating, and her business was beginning to outgrow the shared studio. After looking at the costs of rents, Liadain realised that she would either have to move out of the city, or have a bigger commute to find a studio she could afford. 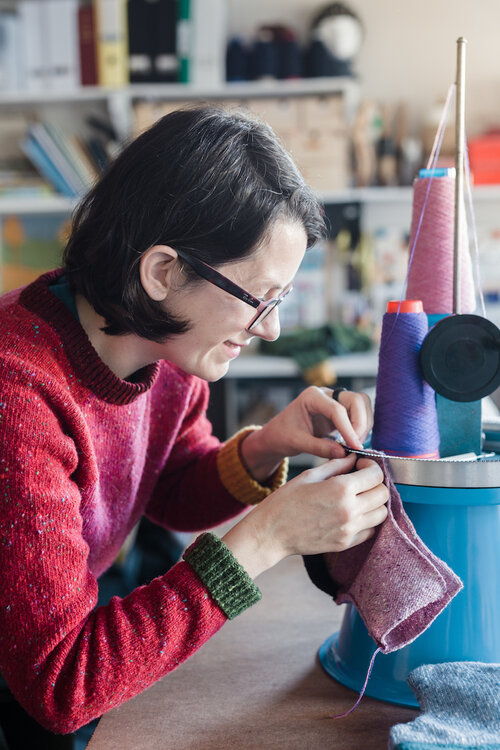 “I don’t feel like Dublin was supporting the people. Between housing, the cost of housing and the cost and lack of studio spaces, and the lack of artist spaces… that is the culture, and it’s been slipping. People have been shouting and shouting about it, but they are not being listened to. That has been a big topic of conversation among my creative friends over the last few years.”

What Liadain likes about Ballydehob is the size of it, and though it’s small, the things it has are “really amazing, like Levis’ pub for good music gigs, a great health food shop, Budds cafe and a couple of really nice pubs. It has a lot to offer, and you’re equidistance from Bantry and Skibbereen.” 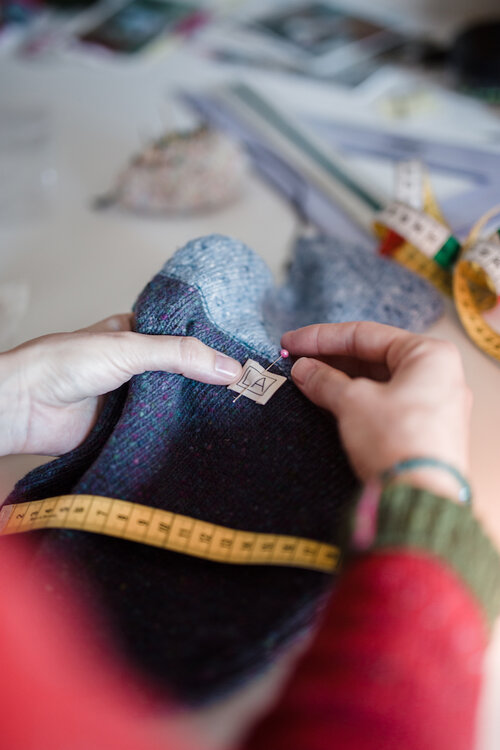 She says she has settled into her own, “small, simple little life”, as she calls it. “Now the markets are back open, you can go to them and talk to people. The first person I got to know was my local post office lady Bridie, that was the one place I was going during the pandemic a couple of times a week. Luckily, there were still knitwear sales coming in, and she was grateful for the business too.”

Now coffee shops are back open for takeaway, and to Liadain, these little things make a difference. “Just sitting out on the bench is so lovely, and there’s a mini market on Wednesdays, so our routine is to go down and get fresh locally-grown veg and have a coffee on the bench. Everyone is so welcoming and we’re getting to know more and more people as the weeks go on.” 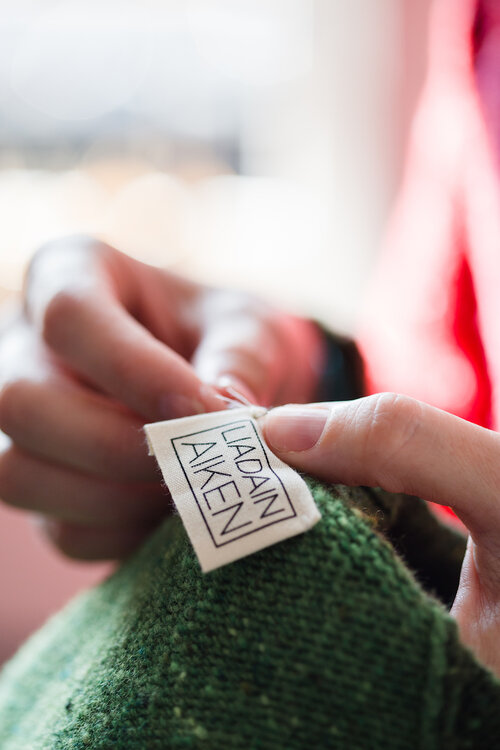 A global pandemic hasn’t been the most creative time for a lot of people, of which Liadain is one, and instead she has spent this time, which would’ve been a quiet time for her anyway, working on systems and processes for the business that can work anywhere. At the same time, she has a waiting list of ten or twelve orders for bespoke jumpers.

“I feel there has been more interest in the jumpers, and I do that feel that shift in people’s mentality. One of things I’ve seen since moving down here is the value of community, and how important that is. People know they have to invest in Irish businesses and that we need support each other.”

Liadain admits it is a lot to have the studio at your house. “There’s a part of me that enjoys it, you can heat leftover dinner for lunch or make nice soups, but I also miss not having the separation to the studio.” Also, the internet isn’t great in the studio, so she must often perch at the kitchen table where she is easily distracted.

Throughout the pandemic, West Cork has felt even further away from Dublin, and Liadain’s family in Louth. “There is a part of me that wonders would I prefer to be a bit closer, say two or three hours away, rather than five or six hours. So I’m not 100 per cent sure that Ballydehob or West Cork is where I’ll permanently put roots down, but I definitely feel it’s been really nourishing for me, and I’ve gotten a lot out of the change of pace, and the things I can embrace a bit more here.” 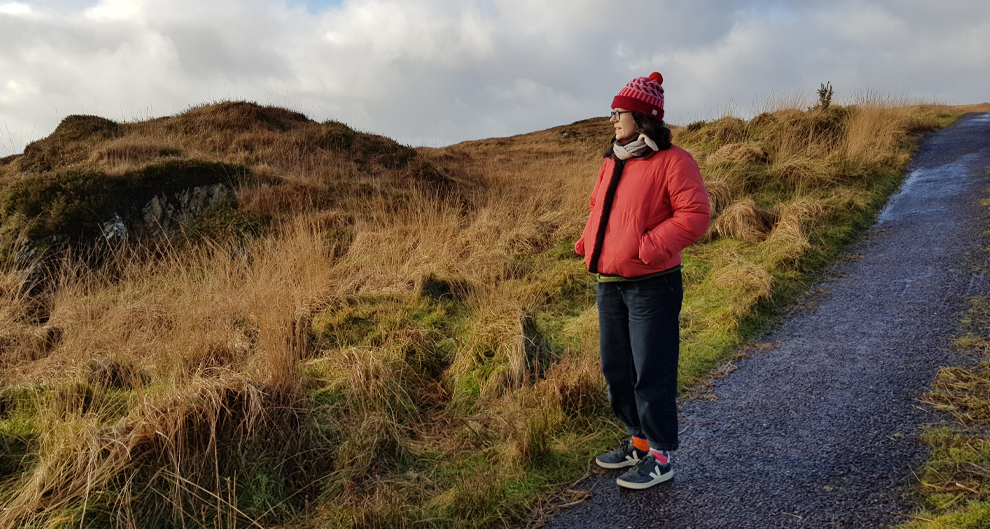 She has also realised she’s more on an introvert that she previously thought. “In the past, I was really bad at arranging to meet up with people. I was always busy with work and doing things on my list. Suddenly, with moving and then the restrictions, there was a real sense of settling into the simple life that you had. I think a lot of people have now experienced what I did by moving to the countryside by living through the pandemic.”

From the house, Liadain can see over to Mount Gabriel and she has been watching the landscape change colours from burnt oranges and reds of winter, to springy greens, and believes these muted, earthier colours will be reflected in her work. “The joy that being in the countryside has brought me, I am so grateful for.”

Although Liadain says she is a bit of a dreamer, she warns it’s easy to get lost in a ‘grass is greener’ mentality. “You think you’ll have all the time in the world to get all these things done. You probably won’t,” she laughs.

“But the pace, the lack of that rushing feeling that the city gives you… it takes a while, and it’s taking me a while to slow down. Dream it and do it, and if that’s what you want, keep putting thought into it.

“But, be realistic. If you’re really bothered by crazy storms, maybe don’t move to the west coast. But if your heart is saying you need to get out of the busier life and you want to be in nature more, then listen to that.”