Laura Whitmore interview: ‘Lockdown came at a good time for me. I needed to reset’

Bray-born TV presenter Laura Whitmore chats to Edaein O’ Connell about the perils of social media, life during lockdown and the women who inspired her to get to where she is today

My opinion of people rockets in estimation whenever I hear the words “Kerry is my favourite place in the world”.

This sentence is uttered within one minute of speaking with broadcaster Laura Whitmore and it goes without saying that I was delighted. Interviews can be unpredictable and awkward encounters, but I knew that our shared love for the green and gold county would guide us to the light.

Whitmore has come a long way since her big break with MTV’s Pick Me MTV talent search back in 2008. Since then she has gone on to host I’m A Celebrity… Get Me Out Of Here! NOW! on ITV, landed a radio show on BBC Radio 5 and secured the most coveted role of all as host of Love Island.

Laura has all the makings of a star. With a stellar social media presence (watch her TikTok videos from quarantine) and a penchant for fashion, it’s no surprise she has taken the entertainment world by storm both here and across the pond.

It’s because of the latter that we find ourselves speaking over the phone – she in London and I in the kingdom. For a third time, Whitmore is collaborating with TK Maxx’s Give Up Clothes for Good initiative which asks the public to donate a bag of pre-loved, quality clothes, accessories or homeware and bring it to the collection point at their local TK Maxx store. The donations are then sold in Enable Ireland shops to raise much-needed funds for the charity.

“It’s so important that we re-love clothes and continue to buy pre-loved items,” she says. “Especially during lockdown a lot of us would have found clothes we had forgotten about or hadn’t worn and thought why are they sitting in our wardrobes when someone else could love them?”

The topic of lockdown can’t be avoided and our conversation naturally flows to it. For some, it was a frustrating time, for others, it was a time to reset and refresh, something which the Bray native said she needed. “I actually liked it which is weird to say. I think it came at a good time for me. I needed to reset. Personally, I found it a useful and important time.

“I started living in the present more and stopped thinking about what I had to do tomorrow because we don’t know what will happen.”

Thinking ahead is part and parcel of the media industry. The next job, the next opportunity, and the next paycheck. It’s an unsteady platform that is always moving, so what has been the biggest shift she has witnessed since 2008?

“Social media has been the biggest change because there is so much more content and much more scope for fake news,” she says. “You have to curate what you see and what you believe and what you put out there. We all have platforms. Once you put out a tweet that is your opinion out there. I don’t think a lot of people realise the responsibility that comes with that.” 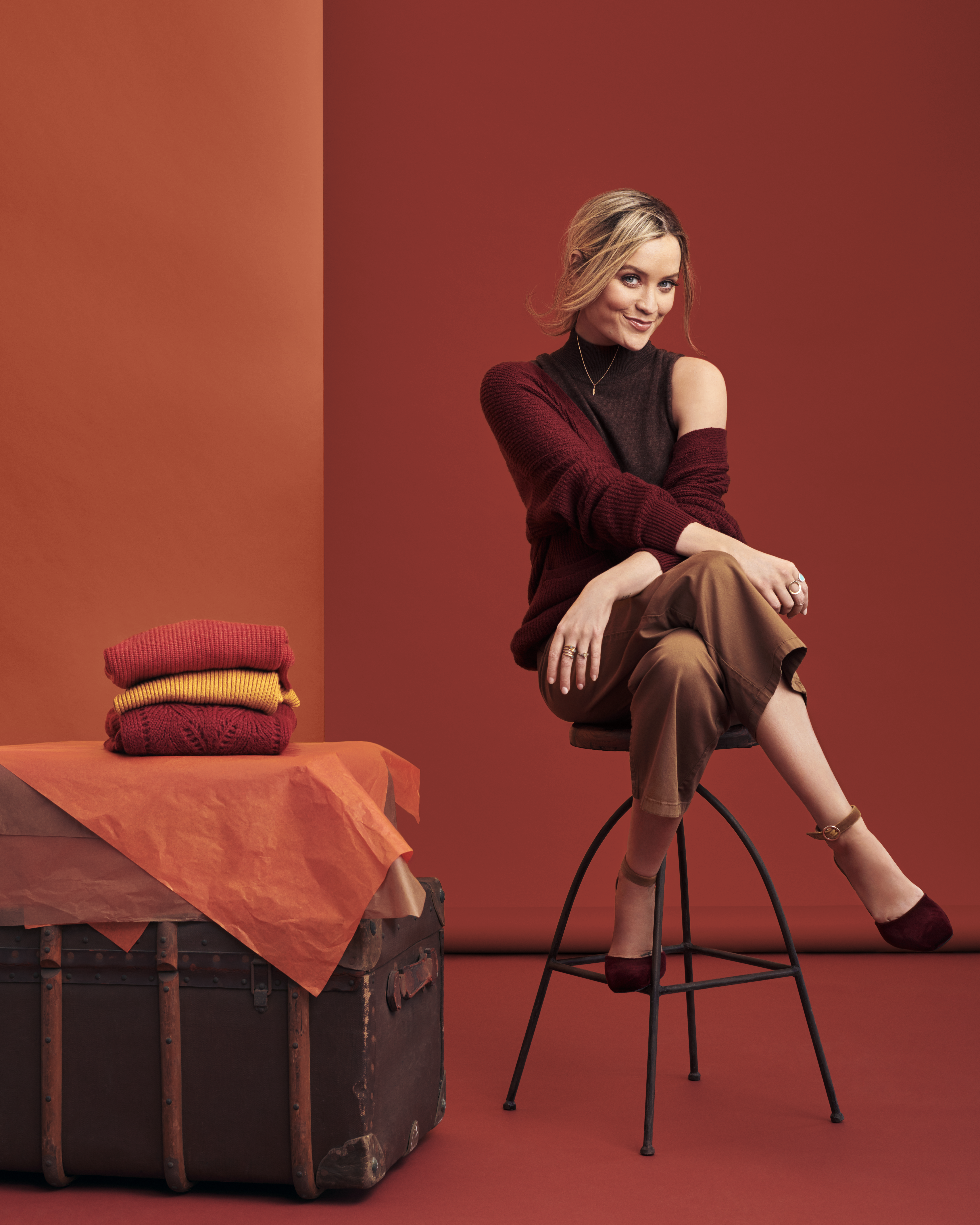 Having a social media following and being in the public eye goes hand in hand. The lines between personal and public are blurring now more than ever and it’s something the presenter admits she is still navigating. “I was doing an interview and they asked me about my other half Iain and I was like I’m here to talk about work and they said well you put up a picture on Instagram but just because I did that it didn’t mean I was open to talking about him. It’s still me and I still have control over what I put out there.”

Ultimately, though, she sees her platform as a privilege. “I’m also really aware of how lucky I am to have a voice at this stage. I was too scared to use my voice when I started. And with that comes the shite and the attention but I can actually talk about things that are important to me and that are important to other people too. I’m very lucky. There are hard days definitely, but I’m a big girl and I can handle it and I’m used to it.”

Being a woman in the media can be a precarious position, but with more women fronting big shows the tide is turning. Laura says her foundations were strong. Determined women prepared her for the real world, with the most important being her mother. “It’s taken long enough for more equality but I grew up with my mom who raised me as a single mother, she worked full-time, she bought her own house, she was the youngest of 13 children and didn’t start with a lot but worked her arse off. I have got this strong work ethic from the women in my life.”

Growing up with women such as Marian Finucane on Irish television and having anchored her own shows, Laura realised the importance of her visibility as a woman on TV. “I saw women like Marian and Davina McCall who were not the women on the side. They were hosting the show,” she explains. “So when it came to getting jobs, I was very aware that I was the anchor of the show. Sometimes you feel like the token and I have been on panel shows in the past where I was the token girl and I don’t like that. I feel very lucky now.”

The term ‘hard work pays off’ seems to define Laura. Working her way from the back of newsrooms to fronting national television shows is the type of story that inspires young girls to enter the media.

But is there any advice she’d give to 16-year-old Laura back in Bray?

“Don’t be so hard on yourself. I think we are our own worst critics and no matter what any critic or person on Twitter can say to me, it can’t be worse than anything I’ve said to myself in the past. We need to learn to be nicer to ourselves before we can expect other people to be nice to us.”

And with that solid advice, my opinion rose even higher.

Read more: WATCH: This spine-tingling 1994 performance of ‘Dreams’ by The Cranberries

EmRata, Beyoncé and Khloé Kardashian were all cheated on… and it has nothing to do with them