The rise of Kamala Harris may seem rapid (she was only elected to the Senate for the first time in the 2016 November election when Trump was elected) but her success has been long-anointed.

Kamala Harris was born in Oakland just outside of San Francisco in 1964. Her mother Shyamala Gopalan arrived in the US as a 19-year-old grad student from Tamil Nadu in India. She met Kamala’s father, Donald J Harris, a scholarship student from Jamaica, when he spoke at an Afro-American Association (a group that would go on to form part of the Black Panthers) meeting at Berkley. Shyamala has a PhD in nutrition and endocrinology and Donald has a PhD in economics. The two married in 1968 and share two daughters, Kamala and Maya. The couple divorced in 1971. Donald is currently a professor emeritus of economics at Standford and Shyamala was a biologist working on progesterone receptors to stimulation advances in breast cancer. She died in 2009.

Harris, who moved around during her childhood, completely most of her secondary education in Quebec, Canada, was close with her Jamaican and Indian families and visited them regularly. She has spoken about her experience of racism and busing growing up as her feminist ideology took shape. She attended Howard University in Washington DC, one the oldest historically Black universities in the country, before attending law school at University of California, Hastings.

Harris worked as a public prosecutor in two district attorney offices before being elected District Attorney of San Francisco in 2004. During her time there, she fought hard to increase conviction rates for gun and violent crimes, tackled environmental issues, truant children, established a Hate Crimes Unit to take on crimes against minority groups and introduced legal and law enforcement training to prevent biases from entering a trial.

Her time as a public prosecutor, saw her gain a reputation as a tough lawyer. Though she sought to reduce sentences for petty crimes and marijuana possessions, fought for gun control measures and set up a reentry program for young non-violent offenders that has become a model for other states, under her supervision her team worked to increase conviction rates, was accused of keeping wrongfully convicted inmate in prison rather than retry them and opposed the early release of prisoners on account of the need for inmate firefighters. Under her watch, there were also a number of California police and sheriff departments accused of excessive force civil rights violations by the ACLU.

Time as US Senator

In November 2016 Harris comfortably won a U.S. Senate seat, she is only the second African-American woman (the first was Carol Moseley Braun in 1993) and the first South Asian American to serve in the United States Senate. Entering in the firestorm of Trump’s Presidential election, Harris settled in quickly, fighting against the nominations of Betsy DeVos for Secretary of Education and Jeff Sessions for United States attorney general.

She became known for her harsh prosecutorial style of questioning of Trump appointees and was nominated to the Senate Judiciary Committee in 2018, a big honour for a first-time senator. She made national headlines for her uncompromising interrogation of Brett Kavanaugh during his Supreme Court confirmation hearings and U.S. attorney general William Barr’s handling of the Mueller report. 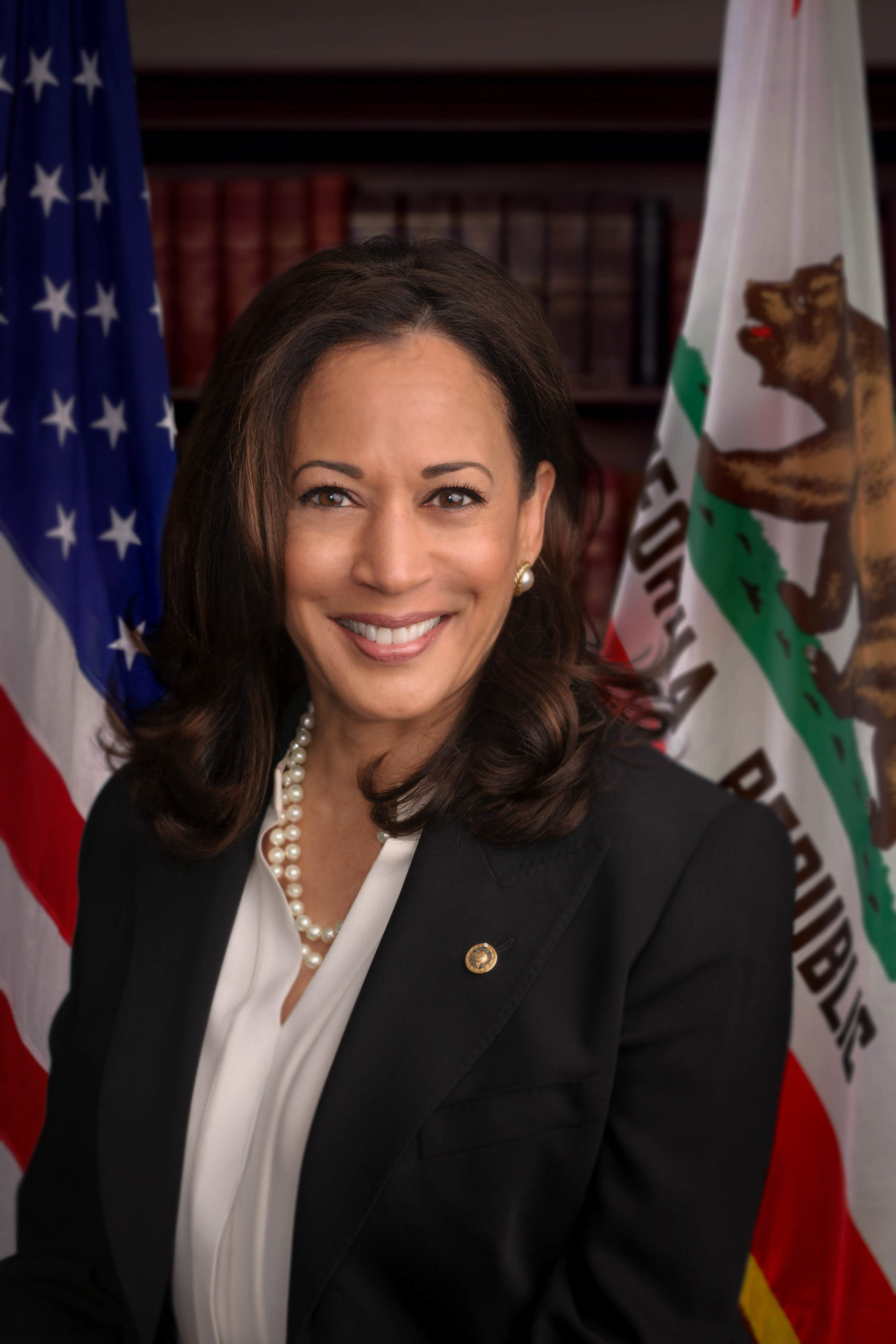 There were calls for Harris to run for President as early as 2018 and she was considered a frontrunner when she announced her plans in January 2019. She was critical of Joe Biden’s record on integration and opposition to busing during the debates, though her tough-on-crime policies during her time as Attorney General meant she was also criticised during a time when police brutality was a simmering (soon-to-overflow) subject. Her Presidential candidacy began to lose momentum and in December 2019 she pulled out of the race.

Later, she endorsed Joe Biden and he selected Harris as his running mate for 2020. She’s now seen as the heir apparent to take over from Biden in four years’ time, as the soon-to-be 78-year-old is not expected to seek a second term.

Harris is considered centre-left although she is also seen a bridge between the old guard Democrats (think Joe Biden, Hillary Clinton) who typically seek to work within the system and left-leaning progressive Democrats (think Bernie Sanders and Alexandra Ocasio Cortez) who want to remake the system.

She has been a vocal advocate the LGBTQI+ rights, Black and brown communities and women’s issues since her early days as a public prosecutor as has done a lot to reform the judicial system while Attorney General. This includes introducing a reentry program for young non-violent offender that has become a model for other states and tightening gun control laws in California. As a senator, she co-sponsored the Green New Deal, a comprehensive plan to tackle climate change that Republicans labelled as “radical”.

However, her pragmatic approach to issues somewhat stifles her favouritism amongst left-leaning party members. Her indecision about her support for Sander’s Medicare for All bill (a factor considered key to the demise of her own Presidential campaign), her extensive conviction record as a public prosecutor and her refusal to support defunding the police, all place her just left of centre in terms of actions, if not rhetoric.

‘I was still doing it for other people’: Simone Biles put her mental health first – and it should be applauded

Damning Ockenden report finds that 201 babies could have survived with better care, bringing the biggest maternity scandal in NHS history to light