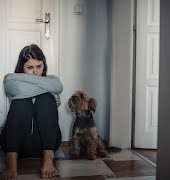 Amy Adams and Patrick Dempsey are in Ireland – and of course, there’s a Jedward...

Gardaí across Ireland took to roofs, beaches, and made sure to use Ireland’s iconic scenery to their advantage to record a video of them taking part in the ‘Jerusalema Challenge’ which was kicked off in Switzerland by the Zuger Polizei.

In January, Swiss police officers filmed themselves dancing the Master KG song in small groups, wearing their various uniforms and protective gear and gardaí posted their response on Twitter earlier today, saying, “Gardaí across Ireland answered the call to give the public we serve a lift in these challenging times.”

Gardaí also enlisted the help of the Garda Mounted Unit, and some four-legged friends, showing off the talents of two garda horses. They also extended the challenge to the public, asking them to share their attempts using #GardaJerusalema while staying at home and in their support bubbles, adhering to current restrictions.

Speaking on RTÉ’s Ray D’Arcy Show today, Garda Mary Gardiner, who organised the #GardaJerusalema dance video, said gardaí from across the country took part including in Kilkenny, Sligo, Kerry and the Garda College in Tipperary which so happened to include a garda who is a former Irish dancer with Riverdance.

A longer version of the video is due to be posted later this week, but for now, you can watch the brilliance of the video below:

‘I remember wanting to crawl into that coffin with her’: Mother appeals to bring toddler’s body home

7 common misconceptions about your teeth (from a Dental Hygienist)

People experiencing miscarriage should not find themselves relying on sick leave or the goodwill of employers, but will a new Irish Bill change that?

Engineer Mary Cate Smith talks of her career in the...

Whether you’re saving for a rainy day, or trying to...

365 days with Covid: What has a year living through a pandemic taught us?

365 days since Leo Varadkar's 2020 St Patrick's Day address, Louise Slyth looks at what living with Covid has taught us.

‘The biggest challenge we face is taking conflict home’: What it’s like to work with your partner

What’s it like to work with your partner? We sat...