A Dublin man who tragically passed away while running to raise funds for Movember has raised over €60,000 since his death.

Conor Cronin, 26, was out on a run as part of his Move for Movember fundraising, when he fell and hit his head last Friday.

Conor was running as team leader for his workplace, Dublin company Edgescan, when the accident occurred. His ‘Mo Space’ funding page has jumped from €200 to over €60,000 in the days since. 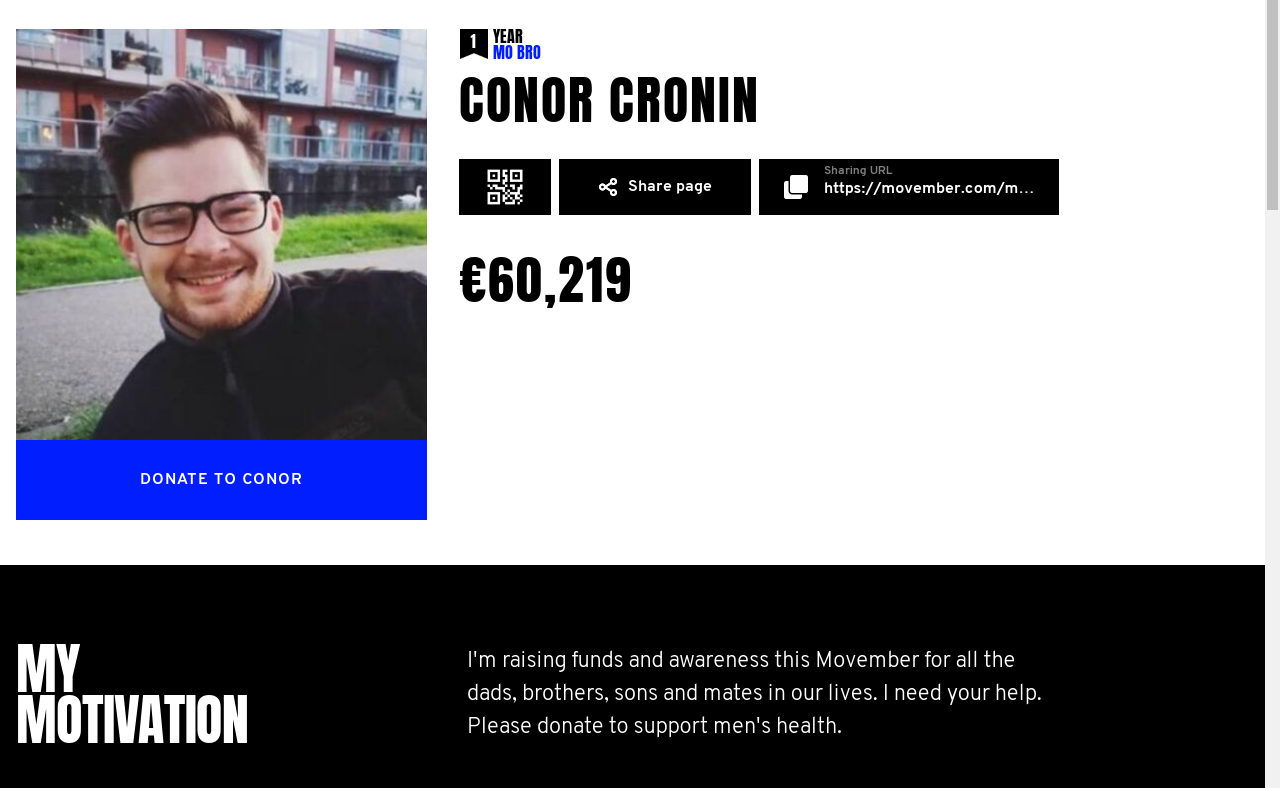 He is now ranked as the number one fundraiser in the world for the men’s health charity.

Tributes have been pouring in across social media for Conor since his passing, with many urging those who knew him to pay tribute by donating. Conor’s brother Ciarán shared a heartfelt tribute on Facebook, saying: “Conor is the most incredible, funny and witty guy and there isn’t any words good enough to do him justice. I’m so lucky to be able to call him my brother.”

Coláiste Árainn Mhóir, a Gaelscoil in Donegal where Conor had attended as both a pupil and leader for many years also expressed their sadness at the news.

“A young gentleman who has sadly died too young and too soon,” they said.

You can donate to Conor’s Movember fund at his Mo Space here.

Read more: Grow your Mo: Everything you need to know about supporting Movember 2020

Read more: A list of Irish mental health resources to bookmark during lockdown

‘On his first night, none of us thought it would work’: The reality of adopting a rescue dog