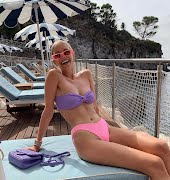 As the court adjourned after its fourth week of proceedings, Amber Heard begins her testimony in the ongoing defamation trial.

This article contains details of domestic and sexual violence some readers may find upsetting.

While the Depp v Heard trial is grounded in defamation, subsequent allegations of abuse have been made on both sides in a case that is fast becoming one of the most high profile legal battles in modern history.

Johnny Depp is suing Amber Heard for $50 million on the grounds that the actor’s reputation and career suffered following a 2018 op-ed written for the Washington Post. Though he was not explicitly named, his ex-wife wrote that she was a victim of domestic abuse and Depp’s counsel are arguing that this constitutes “defamation by implication”.

Heard is counter-suing for $100 million, arguing that Depp and his legal team defamed her in their statements that her allegations were an “abuse hoax”. She claims that Depp “authorised and conspired” with his counsel in order to “attempt to destroy and defame Ms Heard in the press”.

For a full account of what went down in the Fairfax Circuit Court so far, have a look at our week by week recaps so far.

Before Amber Heard took to the stand this week, the court heard testimony from a number of other witnesses, including another of Depp’s security team, a former nurse of Heard’s, and forensic accountant Michael Spindler who concluded that Depp had lost earnings of approximately $40 million.

When cross-examined, Spindler confirmed that he was only considering Heard’s 2018 op-ed as the cause of damages. He was not taking into account the previous article published in the UK branding Depp a “wife-beater”, subsequent evidence resulting from the UK lawsuit, worsening box office performance, or consequences of drug and alcohol use.

The court also heard from Depp’s agent, Jack Whigham, who told the court that the former Captain Jack Sparrow was on track to earn $22.5 million for reprising his role in Pirates 6, as well as entertainment lawyer Richard Marks, who said that Heard’s op-ed was “gears to Hollywood” and that it had “devastating” impact.

Over the course of the past three weeks, the jury has been told of instances wherein Heard would exhibit controlling, mocking, and violent behaviours toward her then-husband. During Heard’s time on the stand, she paints a very different picture.

“I struggle to find the words to describe how painful this is,” Heard begins. “This is horrible for me to sit here for weeks and relive everything … This is the most painful and difficult thing I’ve ever gone through.”

Describing her background growing up in Texas, wanting to be an actress and the instant chemistry that existed between her and Depp, Heard goes on to describe the duality she saw within her ex-husband. She stated that there was the man who made her feel loved, but also “this awful thing that would come out and take over and you couldn’t see the Johnny I loved beneath it.”

Heard testified that the first time Depp abused her, he had been drinking and she suspected use of cocaine. “I ask him about the tattoo he has on his arm … I asked what it said.” Depp told her it said ‘wino’ (a coverup for his ‘Winona Forever’ tattoo), and the actress recalls laughing, because she thought he was joking. She then goes on to say, “he slapped me across the face and I laughed, because I didn’t know what else to do. I thought, ‘this must be a joke’.”

Throughout the course of her testimony, Heard details a number of occasions that Depp would behave violently, often resulting from substance abuse and binge drinking. She describes an incident in 2014 as a culmination of Depp’s hatred and jealousy of James Franco, a fellow actor who Heard states Depp hated. “He just kicked me in the back. I fell to the floor,” she said. “No-one said anything. No-one did anything.”

Heard also stated that the first time she “landed a blow” on her then-husband throughout the course of their relationship was during an altercation where Heard’s younger sister intervened, and that she was acting on protective instincts.

During a 2013 trip away with friends, Heard tells the jury that Depp reacted with rage when a woman they were with rested her head on her shoulder and put her hand on her arm. Heard testified that she and Depp returned to their trailer on the site, where the argument intensified.

“He’s touching my breasts, he’s touching my thighs, he rips my underwear off. He proceeds to do a cavity search. He said he was looking for his drugs, his cocaine.”

Heard also goes on to give a graphic account of a trip to Australia which had previously been described as a ‘hostage situation’, during which Depp’s finger was severed. She testified that Depp shoved her onto a countertop, ripped her nightgown and penetrated her with a liquor bottle.

“I could see his arm moving, it looked like he was punching me, but I could just feel this pressure on my pubic bone. I don’t remember what I said, I just remember being really still. Not wanting to move,” she states. “The discomfort I was feeling afterwards just paled in comparison to how scared and shocked I was. I just married this man.”

It is important to note that the jury only has to believe one instance of abuse to make Heard’s statements in the Washington Post op-ed true. The Depp v Heard trial continues on 16 May with further testimony from Amber Heard.

Depp v Heard: Everything we know from week one of the celebrity defamation trial