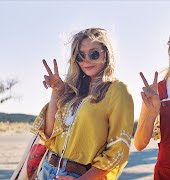 In a historic first for the Football Association of Ireland (FAI), the sporting body has confirmed that both men and women’s senior teams will receive equal pay for all international matches going forward. FAI CEO Jonathan Hill and Ciaran Medlar, advisor to the male and female international players, helped to broker the deal alongside captains Katie McCabe and Seamus Coleman.

Described as “a ground-breaking deal for Irish sport”, the decision comes ahead of the upcoming FIFA World Cup qualification games which will see both Stephen Kenny’s senior men’s side and Vera Pauw’s senior women’s team compete.

According to a statement from the FAI, the men’s squad has agreed to reduce their international fees with the association in turn matching that contribution with a rise in fees paid to the women’s team from the September international window onwards.

A historic day for Irish football as the FAI agrees equal pay deal with WNT & MNT squads ahead of their World Cup qualifiers ?

A huge milestone for the women’s team, Katie McCabe welcomed the news, adding that “this is a great day for Irish football”. “We have taken a huge step forward with this deal and have shown the world what can be achieved through unity as we offer male and female international players the same opportunities.

“I am very proud as Ireland captain of the work that has been put in to get us to this point, not just by the current team but by so many Irish players in the past,” she continued. “They are the real heroes in this story, they took a stand and they passed on the baton to the current generation. Seamus Coleman and his teammates in the senior men’s squad also deserve credit for being brave enough to support us in such a progressive way on this issue. It is really appreciated.”

Also thanking Hill and Medlar for their roles in getting the agreement over the line, McCabe said that the relationship between the FAI and the senior women’s team is now “stronger than [she has] ever known it”. “We look forward to continuing to work together to make Irish football better for everyone who plays our game, regardless of their identity or background.”

Speaking on behalf of the men’s team, Seamus Coleman echoed McCabe’s comments. “We are delighted as players to do what we can to ensure that our female international players are treated equally and fairly and we remain fully committed to doing whatever we can to achieve that goal together,” he added. “This deal is the right one for everyone who plays international football for Ireland, no matter which team they represent. We have been working towards this agreement for some time now with Katie, Jonathan and Ciaran and I hope this acts as an inspiration to many other nations to follow suit.”

Putting it down as “another important milestone in the FAI’s own transformation journey”, Hill hopes the deal shows the country to be the “progressive footballing nation” it’s always aspired to be.

Needless to say that the deal goes far beyond just equal pay though and is a momentous step in the right direction for women’s sport – which has always been treated as secondary, be that in terms of advertising, airtime or even general public opinion.

While male athletes are held up as national heroes, their female counterparts are rarely afforded the same exposure and oftentimes their achievements pass by without so much as a measly “congratulations” being said. In a perfect world, equal pay would already have been introduced long ago but progress is progress and this is a massive leap towards achieving genuine equity for both male and female competitors.

The best Irish experiences to gift your loved ones this Christmas

‘I was disgusted… they could have helped’: Onlookers filmed Rachel McElroy in a Cork club as she was being sexually assaulted

‘One day, you’ll look back and know it was all worth it’: White & Green’s Danielle Winckworth on family business and remote management

#JobFairy: We’re looking for a weekend news writer on IMAGE.ie