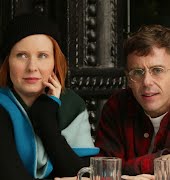 When the pandemic hit, Ruth Calder-Potts gathered together a group of creatives and imagined this dreamily romantic wedding shoot on an organic apple orchard in Kilkenny

This is a story of how a talented group of individuals came together during a pandemic to create a magical photoshoot on my family home; the home where I am to be married next year.

A photoshoot that was possible because an entire industry came to a grinding halt in one of the worst health crises of our lifetime. A story of some light and some joy, created through the darkness.

Allow me to start at the beginning. I’m Ruth, an Irish photographer who got engaged to a wonderful man called Jamie just before the world was turned upside down.

We got engaged in South Africa, came home to Ireland and a week later we went into lockdown. Instead of the usual engagement celebrations with friends and family, we celebrated in our little apartment in Dublin.

Lots of wine was drunk, lots of emotions were felt, good and bad. Then we started talking about when, where and how we would like to get married and finally decided on my parents’ farm, an organic apple orchard in Kilkenny called Highbank Orchards. 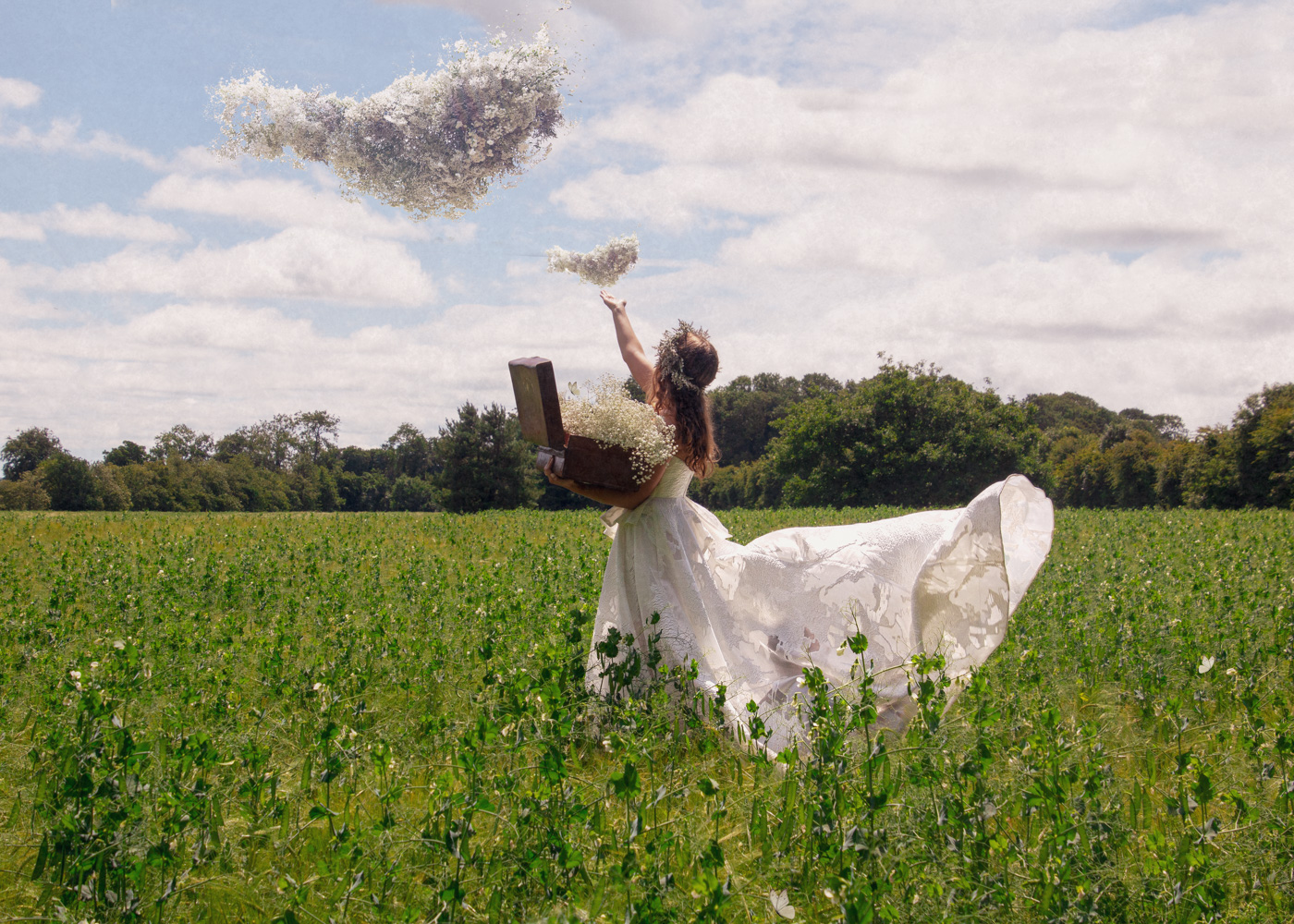 A date for next year was picked, thinking positively that a celebration would be possible by then. As anyone who has attempted at-home weddings before would know, they are not without their challenges. Everything needs to be thought of, everything… but that’s part of the fun.

However, this is not a story about Ruth and Jamie’s wedding; it’s about a photoshoot. So, let’s cut to the chase…

In the morning light, a figure of a woman could be seen building a giant flower cloud of baby’s breath, suspended between two old fir trees.

The conversation moved from our wedding to how much we both missed our work; how that urge to do something, to create, is just too strong to ignore

This is the florist, Tina McGrath of The Wild Bunch. I met Tina when restrictions were eventually eased and we were able to meet suppliers for our wedding at Highbank Orchards. Tina has the extraordinary ability to create beautifully wild floral masterpieces.

She came out to the farm and we had a walk and discussed how to make the impossible possible and mad ideas a reality. The conversation moved from our wedding to how much we both missed our work; how that urge to do something, to create, is just too strong to ignore.

And so we came up with the idea of a photoshoot. Why not, we thought, it’s the only summer everyone has time on their hands!

An idea of a real bride and groom on top of one of Sigita’s (Fern Cakery) contemporary cakes began to appear in my mind and from there the photoshoot began to blossom.

I asked two close friends who are both talented actors, Shane Robinson and Siobhan Stella, would they mind playing a bride and groom for the day.

They said, “YES” (the fact that they both did not mind the idea of going into a lake with a wedding dress or running through barley fields was a plus). Siobhan exclaimed how she could never refuse the opportunity to wear such beautiful dresses. 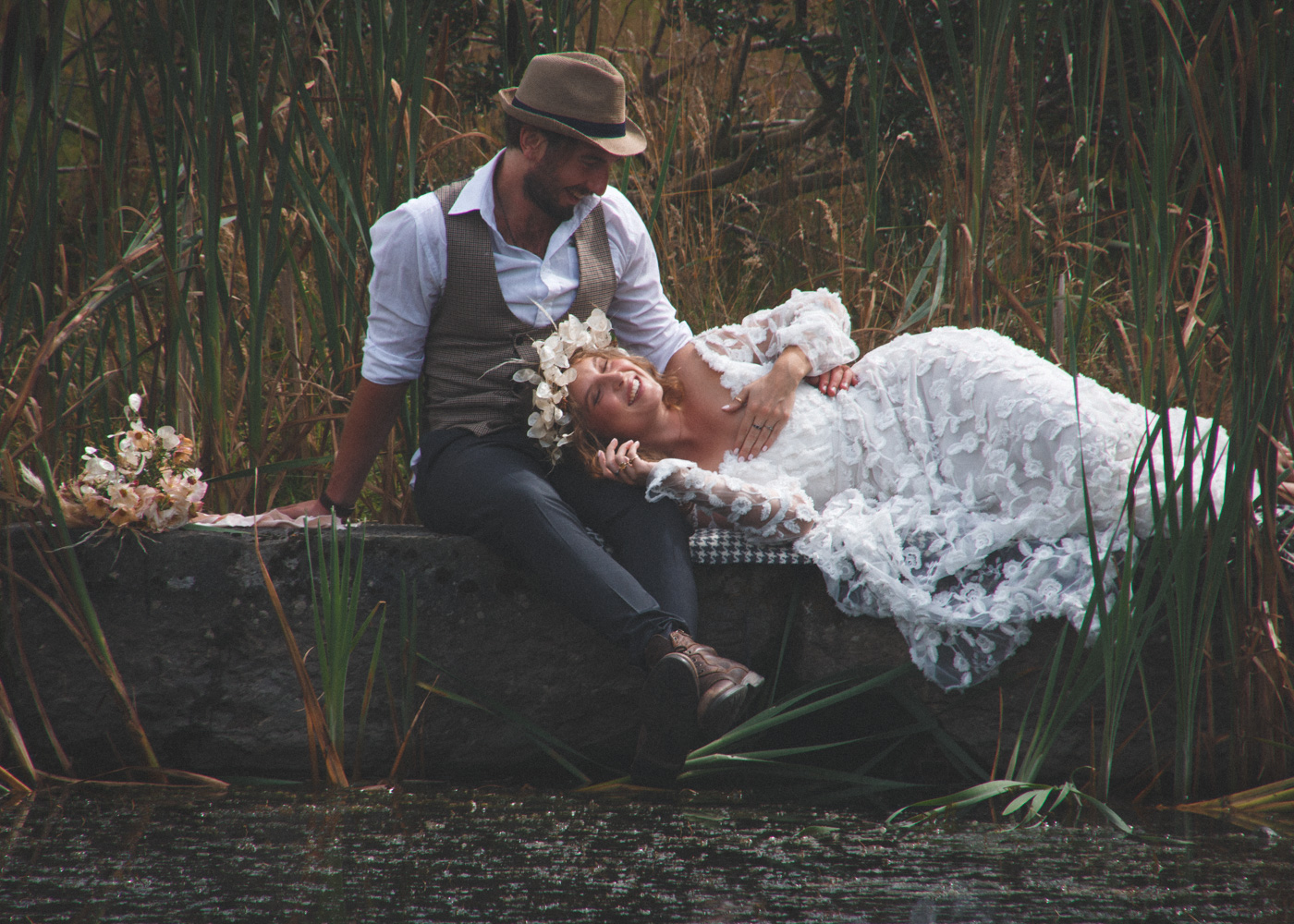 The dresses were from Sinead in The One, wedding boutique in Rathmines, Dublin. Sinead, who is also a radiographer and has been a hero in being a frontline worker and also helping future brides finding their dream dress, lent us stunning gowns which thankfully all fit into my little car for the journey down to Kilkenny (no other humans could travel with such special cargo).

We began our day of serious fun by photographing in a pea field full of butterflies. Here Siobhan managed to elegantly stand on top of a step ladder, throwing imaginary clouds into the air all the while keeping her composure, whilst Michael Browne (our talented make-up artist), burrowed under the silks of her dress. There he remained for the duration of the shoot imitating the best wind machine a photographer could ask for.

For those moments, our lives were in a different realm, and the chaos of the world stood still

We photographed in and on water, where all eyes were on the dresses to make sure not a splash of water found a new home. When the time came for Shane and Siobhan to stand waist-high in a cold, muddy lake, it was agreed that it was only fair that we all go in too, for moral support.

There we all were, Siobhan and Shane in a lovers’ embrace, Jamie holding a reflector (he had agreed to lend his professional experience in film and become my assistant director for the day), my camera perilously close to water and Tina occasionally remarking that this was one of the strangest moments of her life, as she continuously rearranged flower petals in the water around them. 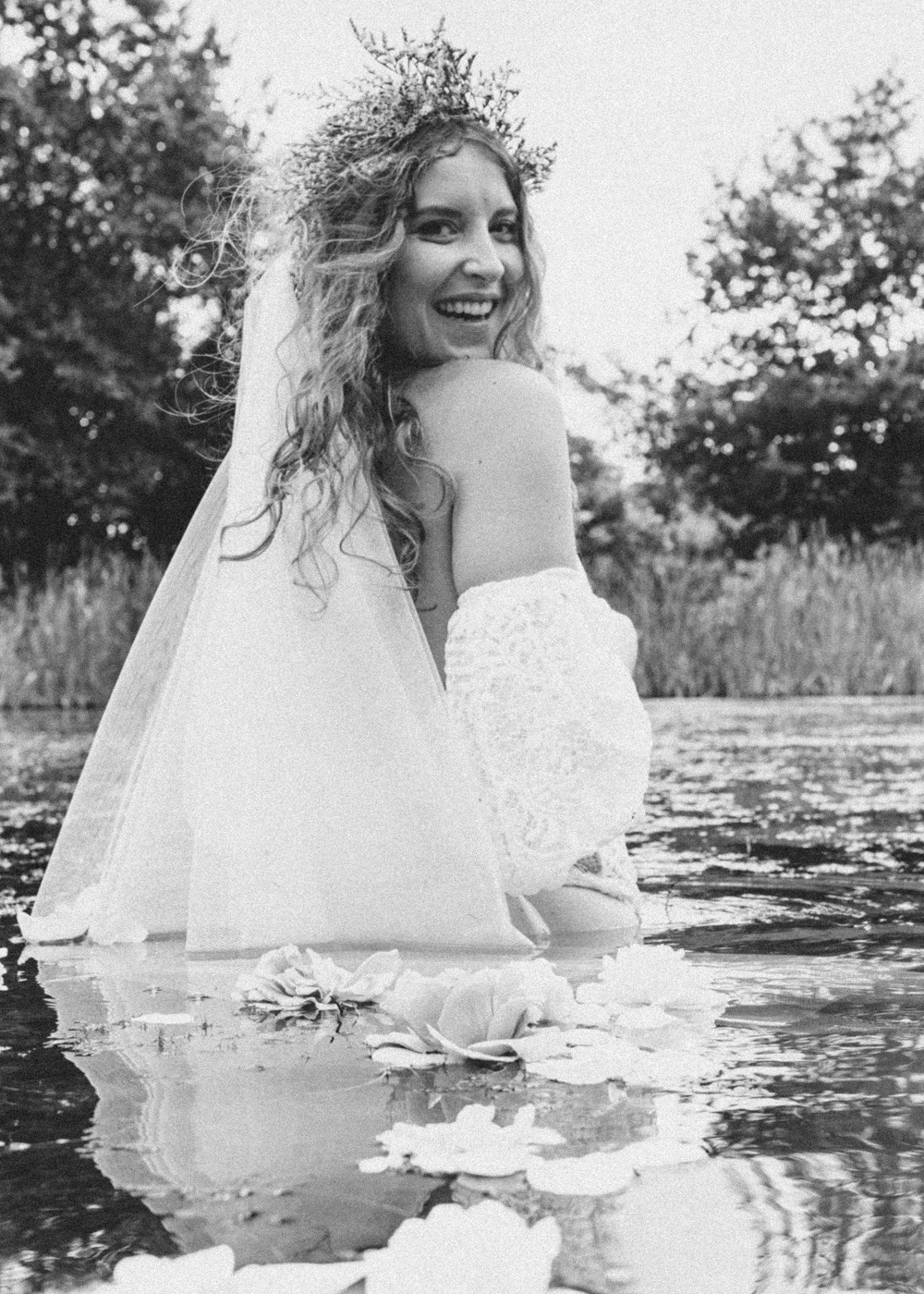 We were all thrilled to be collaborating on a shoot, and, most of all, thrilled to be around people again. You may look at an image and think that I as a photographer was the sole person behind the concept, or look at a bunch of flowers and think that was simply the florist, but there were countless unheard conversations and exchanges in the background. In fact, these are the silent voices which make creating so much fun and that is what we all had missed.

I would not consider myself a wedding photographer, or have even dreamed of a shoot like this, had it not been for the seed planted by that fateful first meeting. What followed was a combination of ideas, styles and fresh eyes.

We became a happy little unit that day, where imagination was king and play was queen. For those moments, our lives were in a different realm, and the chaos of the world stood still. I hope you enjoy our work as much as we did creating it. 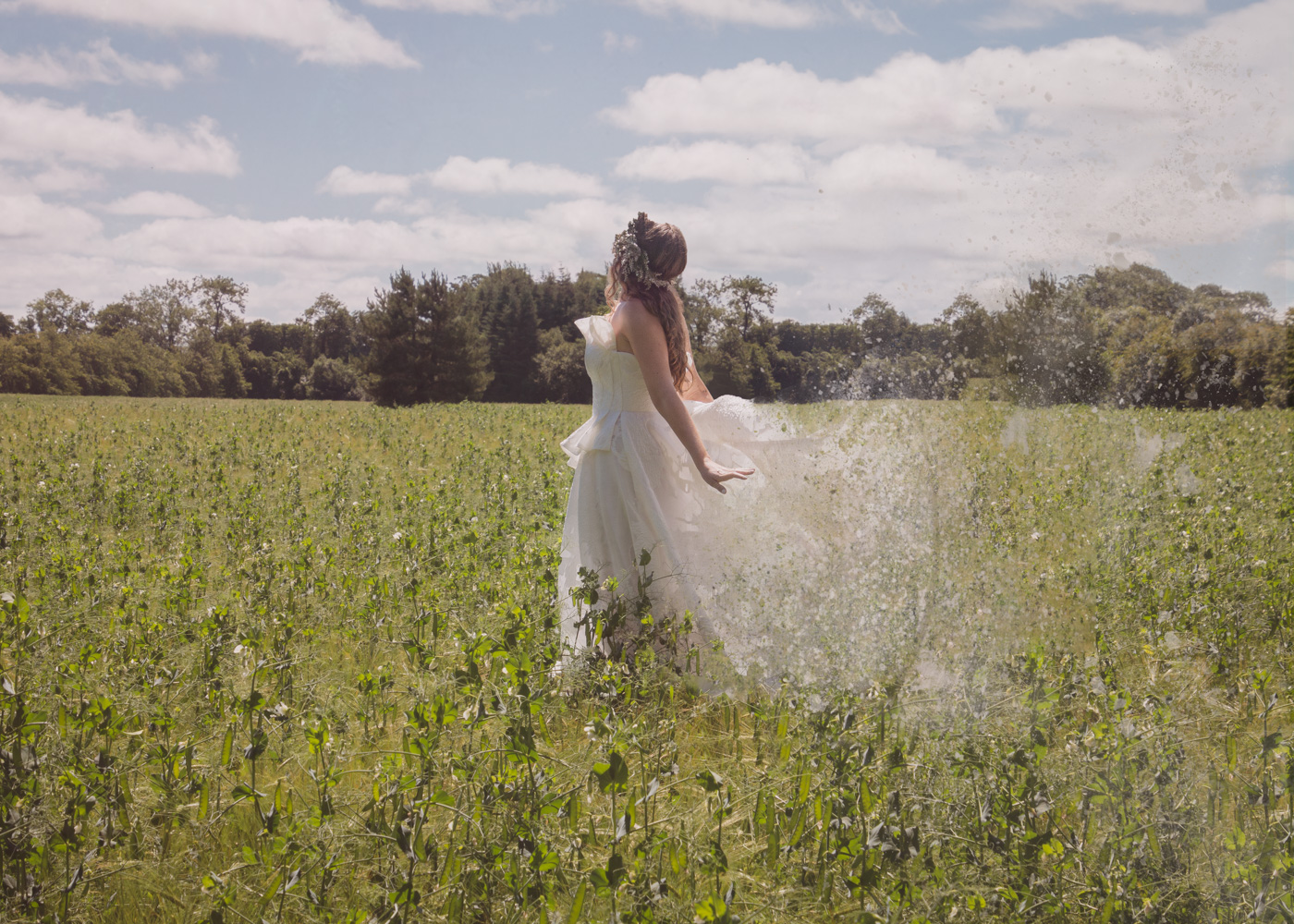 Read more: Brides who are grieving a postponed wedding should not feel guilty

The best affordable bridal outfits for your big day

Margot Robbie got you thinking about a full fringe? I got a few months ago and here’s what you need to know

‘We had our rescue dog Walter brought up for photos’: The small details that made this Irish couple’s wedding truly special