The 78th annual Golden Globes kicked off a most unusual awards season last night and proved that we are still craving glamour, with fairy tale dresses making most of the best-dressed lists. Among them was Elle Fanning in Gucci, looking every part the princess she plays on screen, be it Maleficient‘s Aurora or Catherine The Great, the role for which she was nominated last night in her first Golden Globes nomination.

Currently filming season two of The Great in London, Elle attended the Golden Globes virtually last night with the assistance of her hair and make-up artists from The Great, Lorraine Glynn and Erin Ayanian Monroe, meaning her signature peaches and cream skin and regal hair were in place. 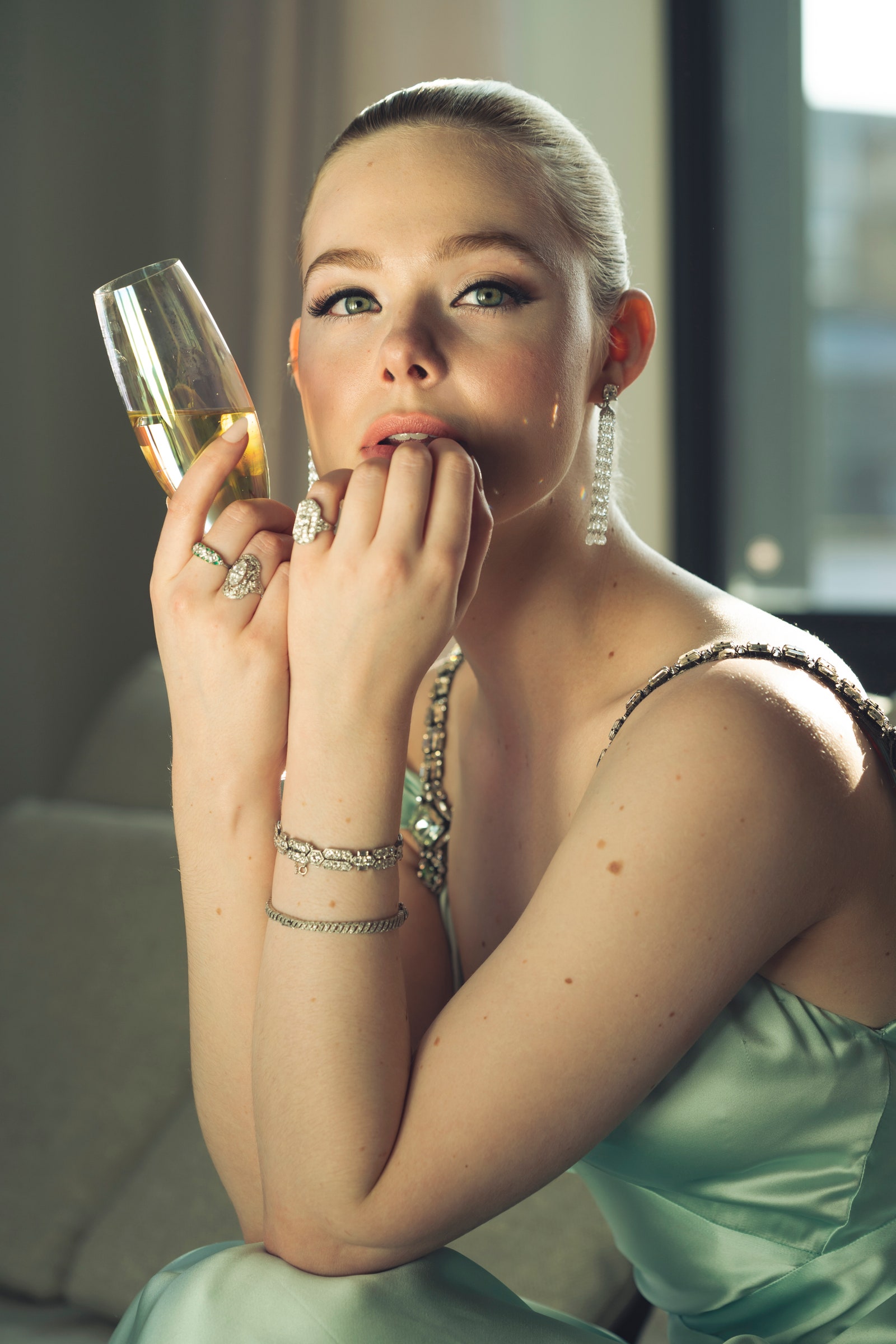 “My makeup artist Erin and I always like to keep my skin quite natural and glowing, with the emphasis on the eyes,” Elle told Vogue. “The glowing skin keeps the look modern.”

Shop the key products behind the look below to pull off Elle’s at-home glamour at-home yourself.