Why Everyone’s Talking About Rejina Pyo At London Fashion Week 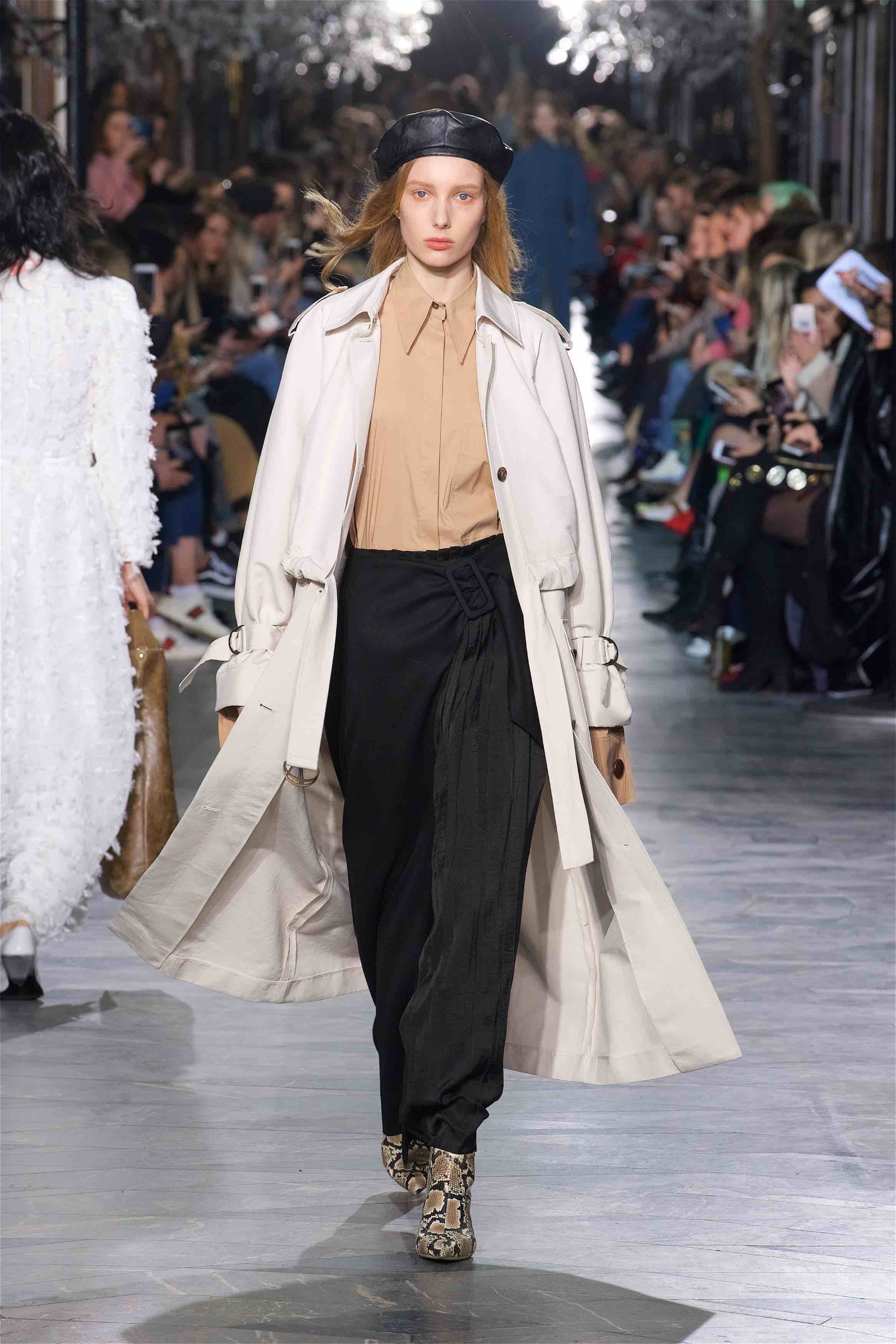 Last season at London Fashion Week I had many show highlights, but my biggest low was missing Rejina Pyo’s first ever catwalk show due to poor scheduling on my behalf. I wasn’t about to make the same mistake again. Despite the very early start of 9am (it was Sunday, after all), the designer’s showspace at Burlington Arcade – a 199-year-old shopping mall – was teaming with critics, fans and, at a guess many soon-to-be customers. You couldn’t help but get the impression that they had been expecting a few no-shows and had doubled up a bit on the seating plan as people jostled to stake their spot. A bottle of lively mint and cucumber lemonade adorned every seat, and while the light refreshment was welcomed, it proved unecessary, as the collection gave attendees the only pick up they needed.

Celebrating the idea of coming of age, and moving away from one’s home for the first time, Pyo’s AW18 collection was awash with a sense of hope, dreams and limitless potential. The designer paired deeply nostalgic, vintage pieces with contemporary details, creating the wardrobe of a modern woman who isn’t afraid to brave new adventures. The show’s notes described it as echoing “ the kind of pieces that one might find in the wardrobe of their parents, grandparents and charity shops – only to be reimagined in a thoroughly modern and distinctive way.” 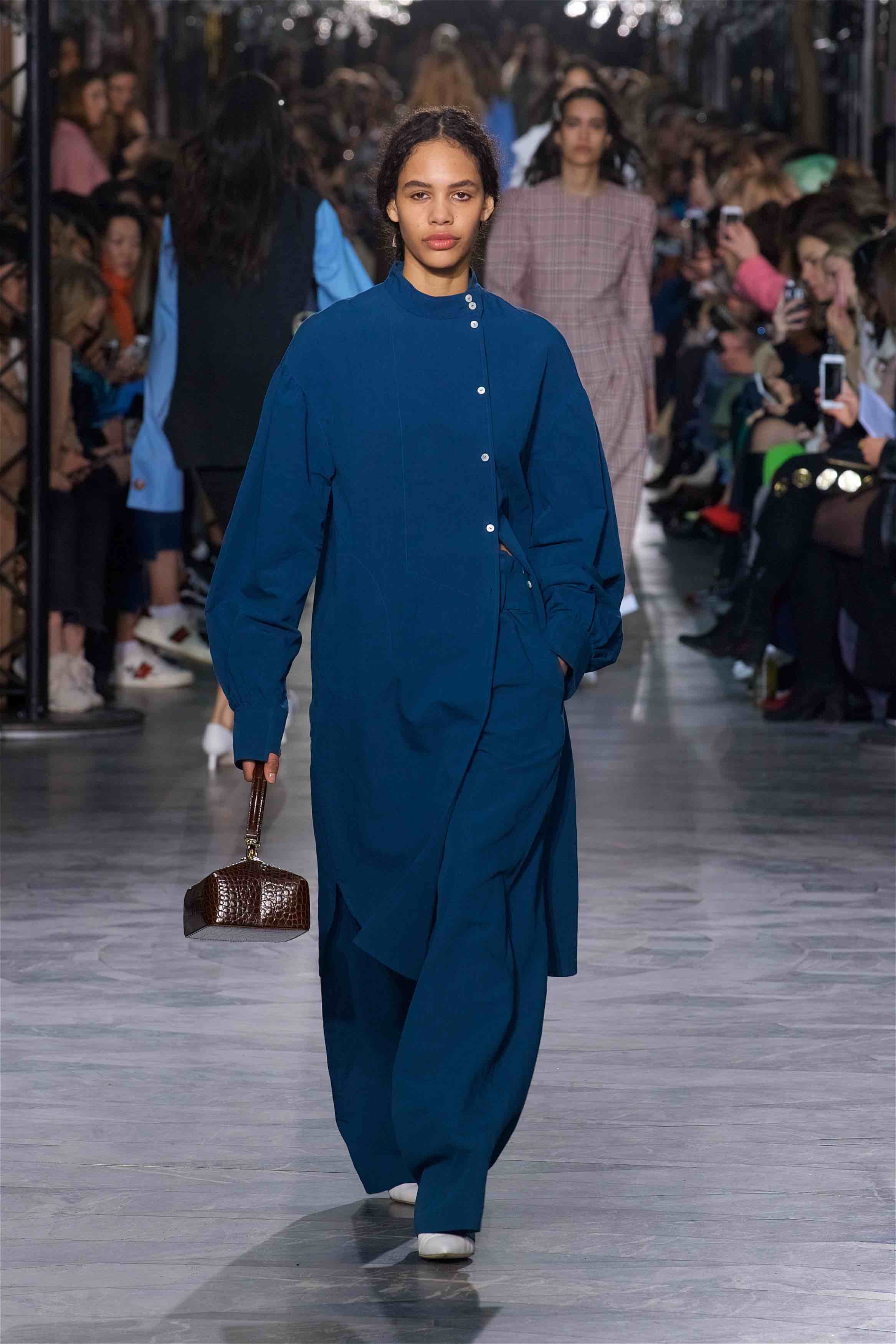 While youth may have been the inspiration, this was a refreshingly inclusive collection, with long, wide-legged trousers, smart, tailored trench coats with subtle detailing and high-neck, long-sleeved satin dresses offering plenty for consumers of all ages seeking distinctive clothing minus the shoutiness. Novelty checked wool, washed denim, textured feathery chiffon, faux leather, linen, plaids and custom printed silk offered much in the way of appealing fabrics for winter. 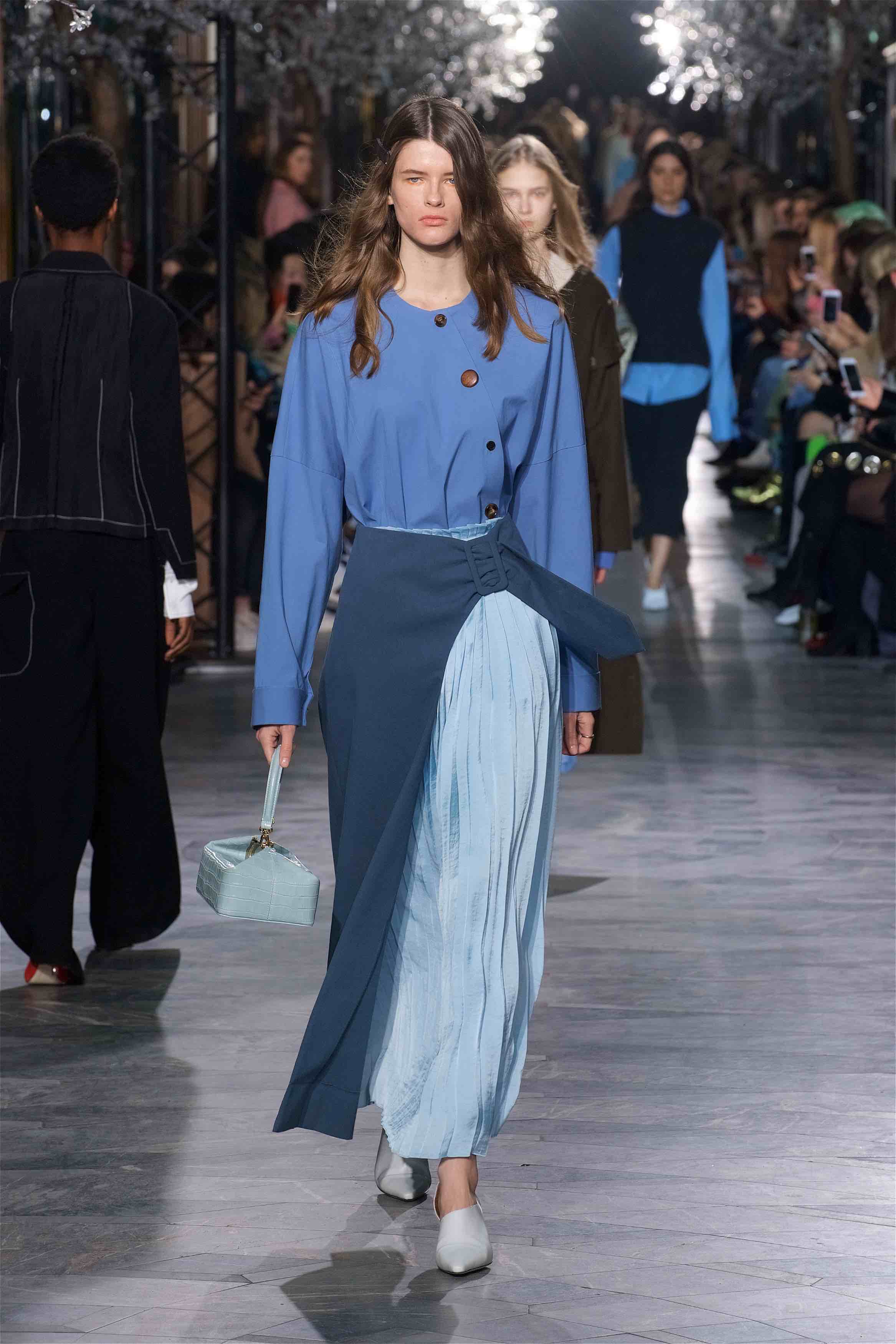 It was the colour palette, however, that really showcased Pyo’s artistry. Composed of ultra feminine reds and pinks, neutral beiges and greens, soft blues and browns… all of which reflect the subdued colours of worn, loved pieces and old photographs of the past that were the starting point for the inspiration. This season too Pyo has expanded her footwear range, including western style ankle boots in patent leather and embossed snake skin. Kitten heels with contrast bodies in suede and wrinkled leather. “These new styles speak to the mèlange of styling that identifies the young woman’s unique satorial point of view,” says the designer. The handbag collection plays with scale with over and undersized pieces as well as the “Olivia object bag” which brings a completely new silhouette. And the icing on the fashion cake? Custom designed hand-crafted hair clips created by ceramic artist Naomi Bikis especially for the show. Perfection. 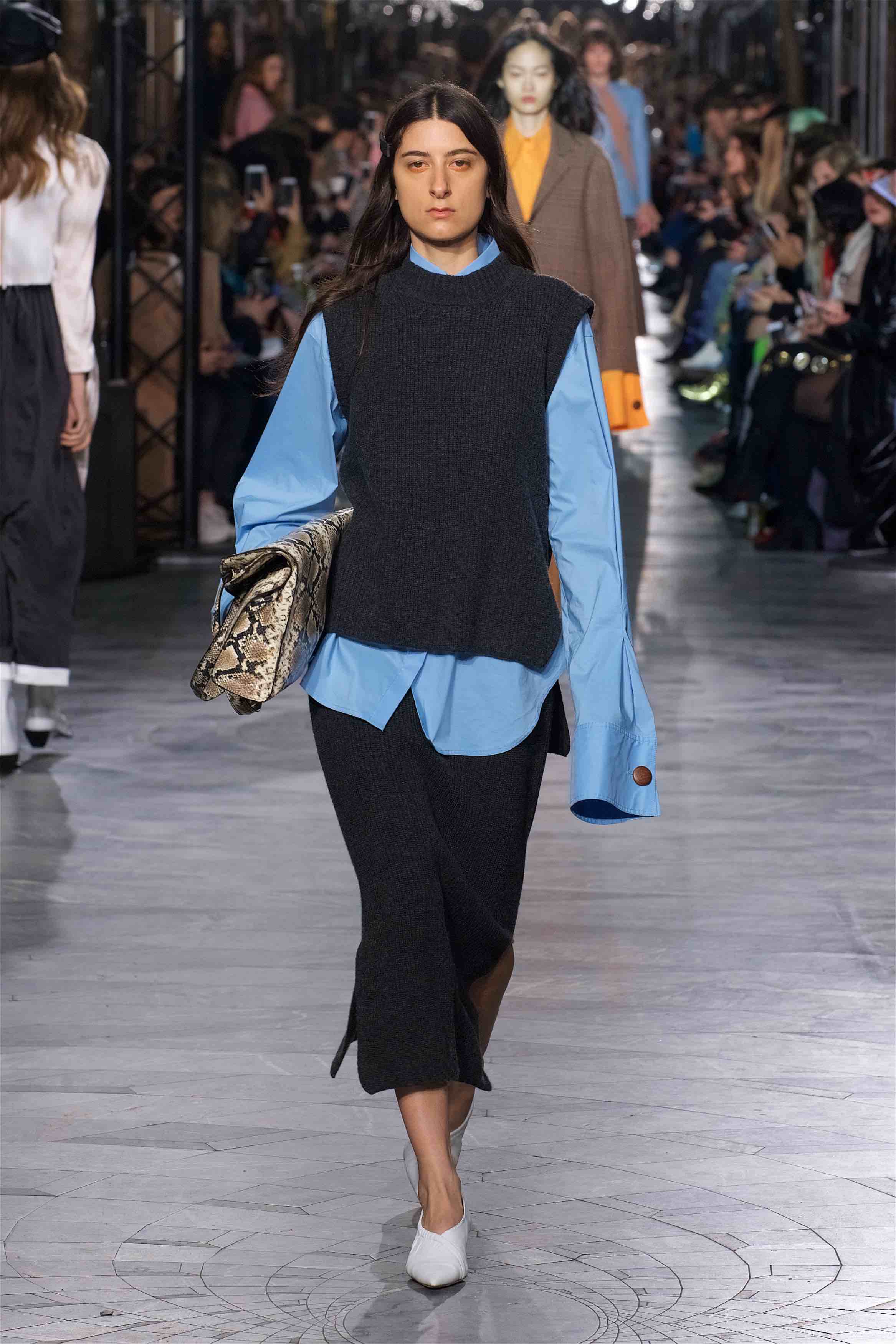 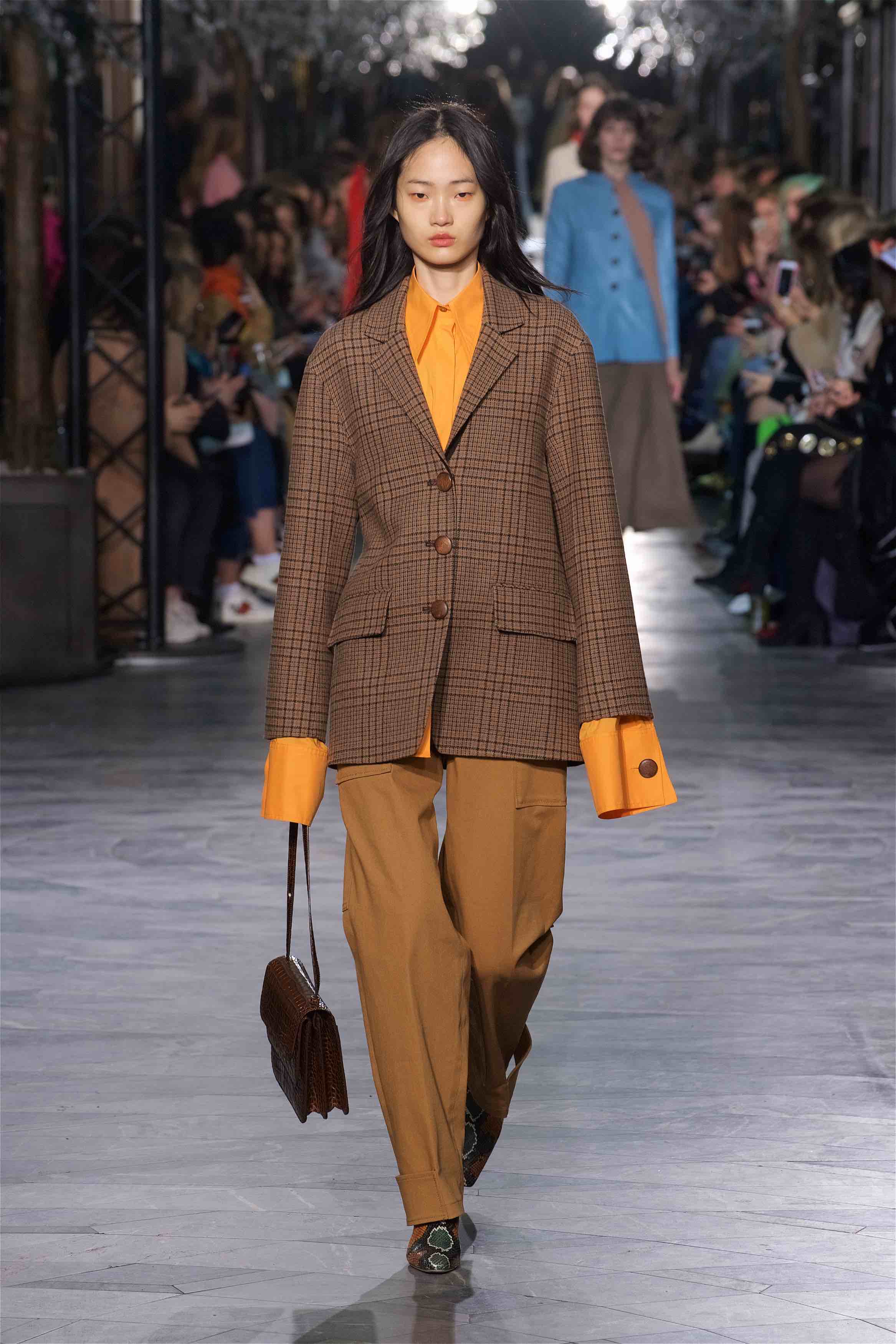 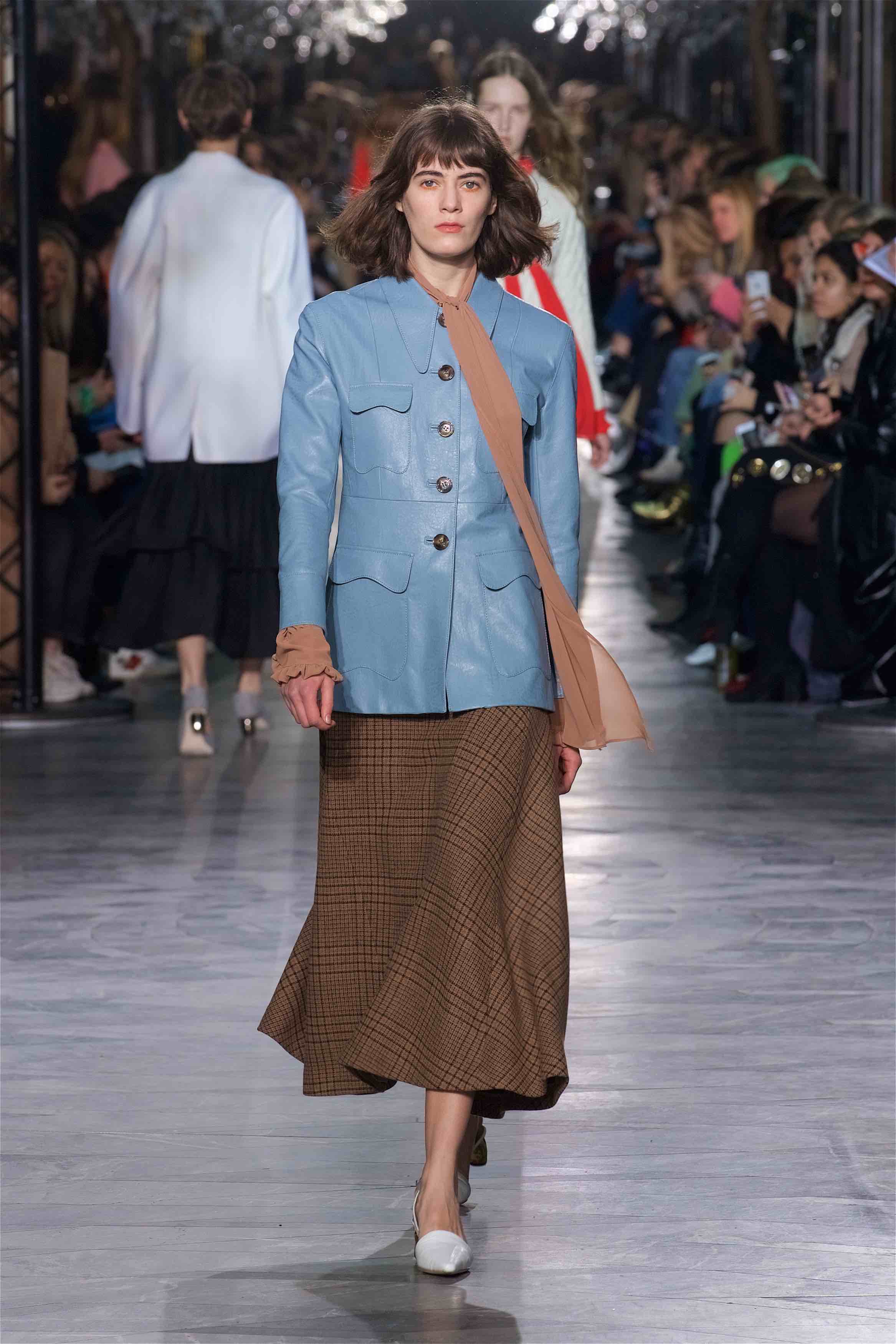