Three Celebrities Who Wear Denim Better Than Anyone Else

There is nothing punk or rock chic about my personality, or my look, yet I love how Gwen Stefani wears denim. From scruffy overalls and baggy boyfriend jeans to a classic matte black skinny, Stefani injects each look with just the right amount of attitude without ever veering into caricature (or mutton territory). She inherently understands that after a certain age, denim needs to be handled with greater sartorial care?- the aim is urban sophistication, after all, not skater-kid cool. Stefani’s signature red lip and retro feminine blonde hair play a large part in balancing the urbanity of her often rough-hewn jeans. Her grooming?immediately adds polish, a level of consideration to her look (she never looks “thrown together” even in her baggiest pair of jeans) and the kind of glamour few of us can emulate in denims. She plays artfully with contrasts: stilettos?with boyfriend jeans, vampy cage heels with utilitarian overalls, cosy knits with sexy knee-high boots.

At the moment,?I’m in a non-jeans-wearing phase (although ?I suspect that will change by the end of Denim Week!) and heels just don’t often fit with my lifestyle, but Stefani makes me want to?kick off my trainers, shelve my?tailored trousers and explore my inner denim diva. She’s definitely in there somewhere – the number of pairs?of?jeans?in my wardrobe is proof of that! 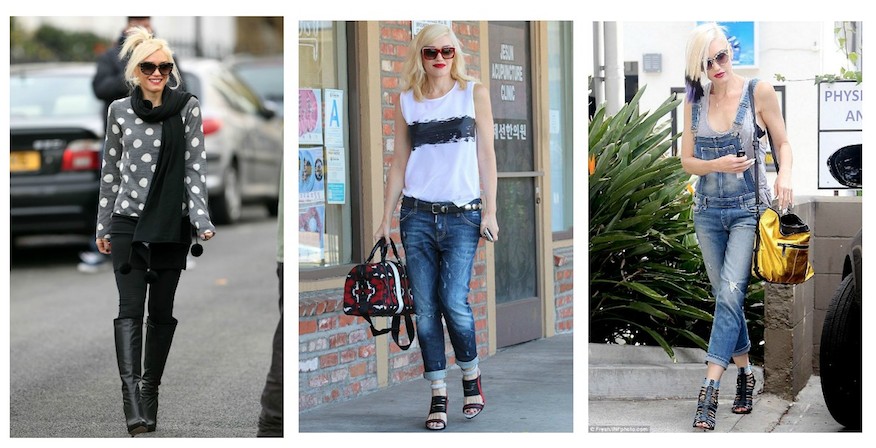 I’m a nineties?baby so I’m all about the old-school high-waisted appeal and excess leg room – and who pulls off the boyfriend/mom jean better than Kelly Kapowski? Okay, she was a fictional character in American high-school’drama Saved By The Bell (I say “drama”, but the only real drama we encountered was?finding out who would be crowned prom king and queen), but Kelly, played by?Tiffani Thiessen, had the perfect “girl-next-door” appearance and was the?fantasy of every?hormone-driven 16-year old.?Her character was supposedly 16 too, but I think her style would suggest otherwise. In saying that, she didn’t always get it right either (not a huge fan of cropped tops myself), but she always managed to win me back over with a good pair of loose-fit, high waisted levis. She looked comfortable – a huge factor for me when deciding on denim – relaxed, playful and sexy which are winning combinations in my view. 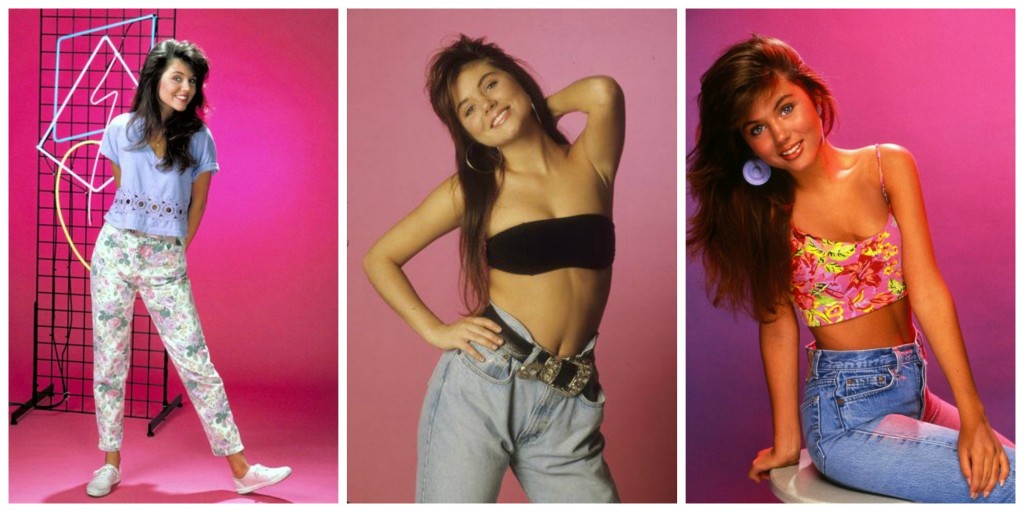 Twenty-five years on, Thelma and Louise remains an iconic movie, not least due to the attire of its stars, Susan Sarandon and Geena Davis. Throughout the film, the duo is dressed in denim, partially at the beginning and head-to-toe as it progresses. As their?journey and life story change so does the way they wear denim; it’s structured and classic at the beginning, with clean lines and tailoring, but as things begin to escalate beyond their control, their denim changes dramatically; the denim-on-denim combinations (so very nineties, but a very?of-the-moment trend now) don’t strictly match, and the clothes are looser in structure, more casual – they wear it as oppose to it wearing them. It’s used in a symbolic nature I think, an example of how they can’t control many events in the film but they can still control how they look – and to affirm that they truly accept who they are to boot. It all works; the denim is soft but makes them look utterly powerful and confident as women – particularly towards the very end. ?And that’s how you should feel when wearing your favourite pair of worn jeans; like the best version of yourself. And every time I see this film, I get the urge to buy more denim, because few on screen wear it as well. Though even while wearing my favourite denim shirt, I doubt I look as effortlessly cool and chic as they do. 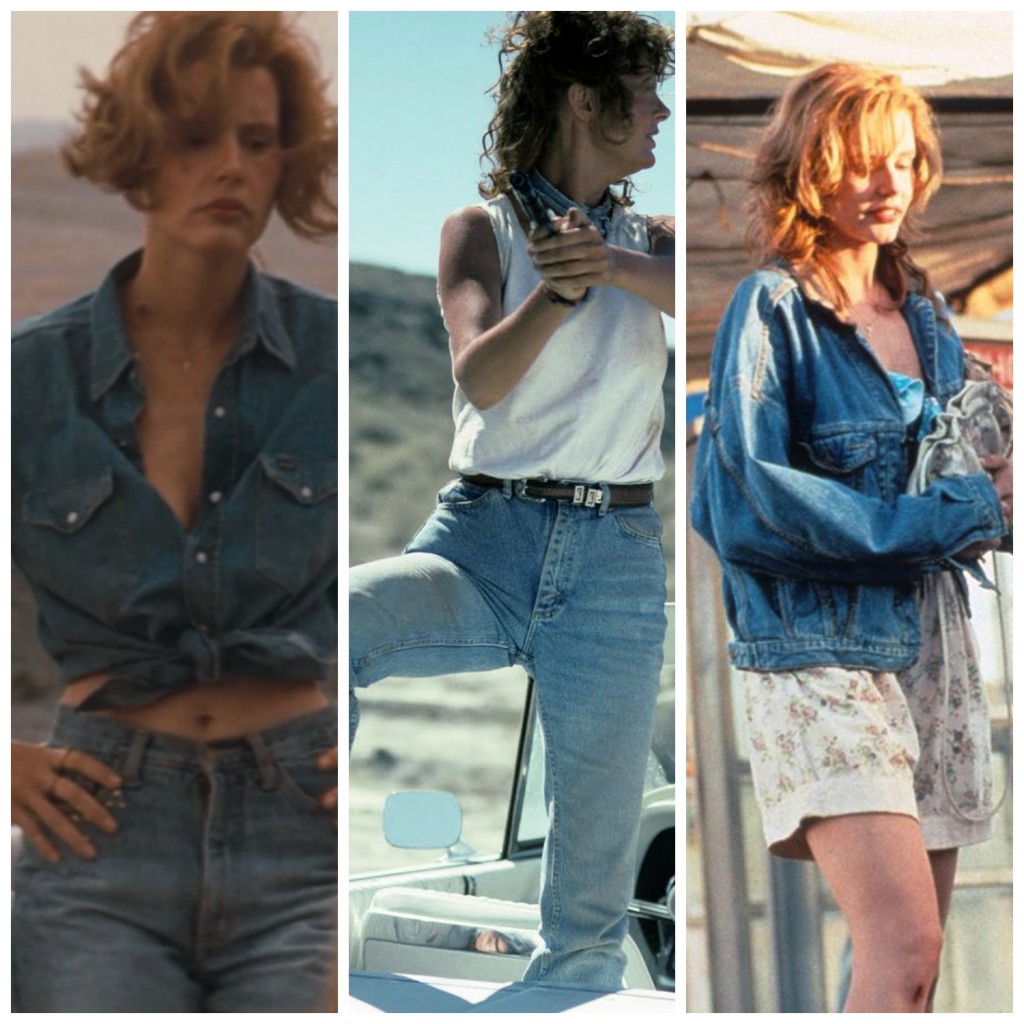