Things Not To Expect In 2017: Less Photoshopped Models

To add to the headache that was 2016, we came to an uneasy revelation in the IMAGE offices: that we can expect a lot more falseness?from the fashion industry in 2017.

Photoshopping and honest advertising are still major focus points of discussion and concern among female communities. But we realised that no matter how much we would like to see the back of overly photoshopped?beauties with their porcelain skin and teeny waistlines and kneeless legs (remember THAT photoshop fail with Kendal and Gigi?), it’s here to stay. 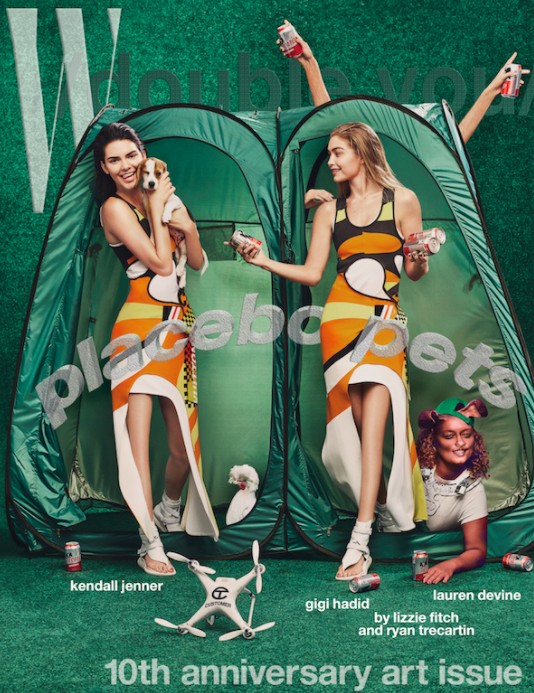 The thing is, it’s been proven that honest advertising works. Take the Aerie line?? a lingerie brand from the US company American Eagle – who in 2014 banned the use of photoshop from their campaigns. The result? Their earnings jumped by 20% and they were flooded with positivity. That Aerie bunch are clever people because they responded to changing consumer needs; especially when body diversity and size inclusivity are major talking points right now. So hello?fashion industry – we need more real women!

So why aren’t more brands doing the same?

Two things. The first is finance. No matter how ethical we believe?our favourite brands to be or how devoted we are to them, their main objective – as always – is to bring home the bacon. The fashion industry is conditioned to sell.

Secondly, some brands – particularly luxury brands – are delivering new trends and products that make us want to aspire to be better versions of ourselves; whether that be taller, thinner, curvier, smoother etc.

Without lying on the ground and admitting defeat, we?know that we’re not going to radically impact or change the industry (especially not in 700 words or less). But we can support and back the brands who are committing to real fashion for real women. Like Forever21’s plus-sized mannequins, Lonely Lingerie‘s honest approach to femininity and sexuality, Dove – especially their Real Beauty campaign. And lest we forget about ModCloth?and founder Susan Gregg Koger?who in 2014 was the first ever retailer to’sign the Truth in Advertising pledge and promise not to alter any of the models on its site.

And Koger has made real progress too. Since then, the?Truth in Advertising Act?was introduced in the U.S this year and aims to develop “regulatory framework” for ads that significantly change the people in them through image-altering techniques like “photoshop”. MadCloth has also?partnered with I Am That Girl and The Representation Project this year to start a letter-writing campaign to encourage all fashion communities to get out and do something, and you can write your own letter to US congress here. We salute you, Susan.

In the meantime, though, and as writers?at the forefront of a modern Ireland, we’ll continue to champion real women and real beauty like we have done for the last 40 years. Working in the media can be particularly exhausting when you’re passionate about topics like this and we know that some brands may exploit the human body for profit. But the more companies advocating for realistic portrayals of bodies, the better.