The look of the Irish: our love affair with fashion

The French are chic and the Italians sexy. But can Irish style be defined so concisely? As we approach St Patrick’s weekend, Marie Kelly reflects on our long-standing love affair with fashion.

Bill Cunningham introduced the idea of street style photography to the US in the late 1970s, but Arthur Fields, or Man on Bridge as he was known, turned his lens onto the surprisingly stylish streets of Dublin 30 years beforehand. If Cunningham’s main perch was the corner of Fifth Avenue and 57th Street, Fields’ was the less grandiose, but no less fertile surroundings of O’Connell Bridge. Fields photographed women with wasp-waist silhouettes wearing sculptural hats, printed full skirts and fur-collared coats. They had matching handbags and shoes and were beautifully accessorised with brooches and gloves. Elegant headscarves protected lacquered hairstyles and lips were painted to perfection. I had always dismissed Dublin in the 1950s as being grim and depressed, ruined by recession, as it was in the eighties (and the noughties, of course). Despite growing up with photographs of my teenage mother wearing elegant tulle skirts and pea coats, I’d never before considered that Dublin then was a vibrant city full of fashionable young women, who liked lashes and lipstick as much as we do now. But Fields’ incredible photographic archive suggests otherwise. Of course, the history of fashion in Ireland is a story largely untold. Anne Gunning, an Irish model who gained global recognition when she appeared on the cover of LIFE Magazine in 1953; designer Pat Crowley, who dressed American socialites, including the Vanderbilts; and Sybil Connolly, another designer whose clients included Jackie Kennedy, Elizabeth Taylor and Julie Andrews, are not household names.

Did you know that in an official White House portrait, Jackie Kennedy wore a pleated linen dress designed by Connolly? Perhaps it’s this absence of a fashion narrative that has prevented any pigeonholing of Irish women into one discernible sartorial stereotype. We instinctively think of the French as effortlessly chic in their Breton tops and bag pants; the English very early on coined that demure but intriguing twinsets-and-pearls persona; while the Italians have always been considered fabulous in their figure-flattering shift dresses. The only stereotyping we have suffered from is the Mary Kate Danaher comparison: unkempt flaming red hair, a ruddy complexion, flannel skirts and blanket-style wraps. But this has always been a little too folklorish to really stick. Even US Vogue?rubbed some up the wrong way with its AW13 shoot, where model Daria Werbowy walked the windswept Kerry coastline in wellies and an Aran knit.

Like Maureen O’Hara in The Quiet Man, it went beyond cliche into caricature. Ireland has always been an outward-looking nation, economically and geopolitically we’ve had to be, and we’ve taken a similarly cosmopolitan approach to fashion. Unlike neighbouring nations, we never had a royal family to dictate how we should look, or homegrown celebrity icons to imitate (Dana doesn’t count). In 1950s London, women watched as Princess Margaret embraced and endorsed Christian Dior’s “New Look” (a waspish waist and full-skirted silhouette). In the US at the same time, the “Jackie” look took over mainstream fashion as the American First Lady mixed Dior, Givenchy and Chanel with original pieces designed for her by her friend Oleg Cassini. The French, meanwhile, were busy buying into Brigitte Bardot’s signature gingham off-the-shoulder dresses, striped bikinis and tousled hair. But Ireland was still a nation of showbands and slow sets. RT? didn’t air its first programme until New Year’s Eve 1961, and by the late 1950s, there were only 25,000 television sets in the whole of Ireland. Princess Margaret’s wedding in 1960 was the first royal wedding ever to be televised and was watched by over 300 million viewers worldwide.

But Irish women weren’t sitting around with groups of friends in front of a television set, eagerly awaiting Margaret’s big bridal gown reveal as most of us did for Kate Middleton’s wedding (and those of us old enough, Princess Diana’s). Unlike in Britain and the US, the absence of television ownership in Ireland meant Irish cinema audiences remained consistently strong throughoutthis decade and beyond, so Hollywood, in all its Golden Era glory, was the source of much of the country’s style inspiration.

Ironically, the woman considered the most powerful arbiter of fashion in America from the 1930s to the 1950s was the Irish-born editor-in-chief of Harper’s Bazaar , Carmel Snow. The Dalkey native actually coined the phrase “New Look” on witnessing Dior’s iconic collection in 1947. So, while we were looking beyond our own shores for sartorial cues, it was in fact an Irishwoman who was dictating what American icons such as Kim Novak and Jane Russell were wearing.

Sometimes it takes an outsider’s objectivity to give a nation perspective on itself. Fifty years ago, Sybil Connolly took her first trip to the United States and keenly observed that “American women are more remarkable than skyscrapers”, while earlier this year English actress Kristin Scott Thomas explained, “French women can be seductive, [and] attractive, without ever being too sexy.” I met Georgia-born, Russian-bred designer David Koma in Dublin a couple of years ago, and asked him his opinion of how Irish women dress. “They dress with personality,” he said, “with the kind of style that isn’t particular to this country, but translates anywhere in the world.” 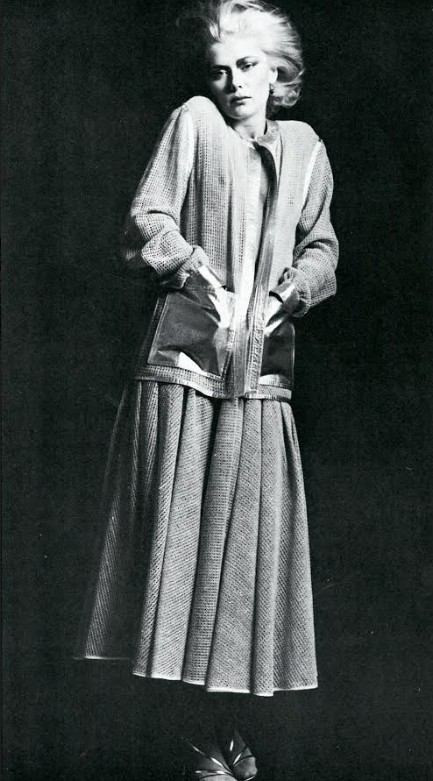 The inspiration Irish women have absorbed from abroad has always been coupled with a “make-do and-mend”, “necessity is the mother of invention” mentality, which becomes inherent in a nation used to lean times. We’ve always had to be creative and imaginative when replicating fashion trends, and I think this is what Koma was touching on. The common thread he identified was the individuality, the personal touch, that pervades Irish?women’s approach to clothes. Think like Fionnula Flanagan, with her’shock of unapologetically white hair; Fiona Shaw, who wears an LBD with as much ease as she does a T-shirt and jeans; and Sin?ad Cusack’s modern Bohemia. Or artist Helen Steele’s chic eclecticism, and PR guru Sonia Reynolds’ luxurious but laid-back cool. They each exude their own very particular type of glamour, but it’s not the generic glamour of the LA red carpet, with its American wave, column gown and diamond drop earrings. It’s less uptight and far less contrived. There’s a freedom to it that comes from never having had to adhere to specific style rules or fit into one particular fashion tribe.

Ireland has always been a nation of storytellers, and no less so when it comes to fashion. We just needed more men (or women) on Bridges to bring them to life.