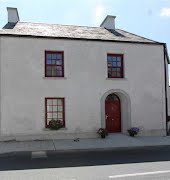 From preppy to Gucci: the style evolution of Harry Styles

As the ex-boyband heartthrob announces his 2020 tour dates, we take a look back at how Harry Styles became a style icon

Attention all style lovers (pun absolutely intended) — singer, songwriter, ex-boyband member and modern style icon Harry Styles is going on tour next year, which means we get to see those jacquard suits live and in person.

Is it normal to be as excited to see a popstar’s outfits as you are to hear their music? It is when it’s 2019 and it’s a singer like Styles. When his former role as one-fifth of One Direction came to an end in 2015 and the band members went their separate ways, everyone’s interest was piqued as to which path each boy would take.

While Zayn Malik occupied the R’n’B route, Liam Payne took on dance-pop and Mullingar’s own Niall Horan went down the acoustic guitar way, Styles’ new direction was one that caught everyone by surprise. Old-school rock’n’roll combined with a glam-rock aesthetic worthy of Bowie (and I’m not the only one making the comparison) shot Styles to the top of interest lists that previously would not have entertained a boyband member.

His first single as a solo artist, Sign of the Times, shot to number one in 2017 and won him a Brit Award for Best British Artist Video of the Year — and we like to think his new look had a lot to do with it.

With the news breaking today that Styles is heading on a world tour next year (including a Dublin date in April), we found ourselves scouring the web for Styles’ most interesting looks from his music career — from boyband prep to Gucci-clad icon.

Look at him there now — check shirt and chinos, like every other boy you socialised with in 2011. Thank god he didn’t have one of those River Island t-shirts with Rihanna on the front of it, or else we’d have to rethink this list.

2013 was when Styles started to dress like every hipster girl of the time, but in a good way. The rock chick aesthetic was beginning to make itself known, and Styles was beginning to differentiate himself from the preppy boyband look of the rest of the One Direction members. Black jeans, leather pointed boots, an oversized coat and loose silky shirt — I’m fairly sure I had about ten versions of this outfit in 2013, and none of them looked as good on me as they did on him.

We like to think of 2015 as the time Styles found his footing as a bona fide member of the fashion-loving community. With the band gearing up to take a hiatus, he was free to explore his own identity outside of One Direction a little more, and experiment with personal style. Just look at that picture — if you had to pick a future Gucci ambassador from the bunch, we think we could guess who it was.

Styles’ 2016 cover of men’s fashion and lifestyle magazine Another Man was the point that many of us stopped and said: “Hmm — this guy is something different”. Three versions of the cover — along with three, somewhat questionable hairstyles — covered our social media feeds, and Styles’ newest foray into style curator began.

Sign of the Times came out and a star was born. Styles was featured on FROW’s around the world, and gained a special style of stage presence that can only be achieved as a solo artist on the cusp of something big. Look at this Gucci suit. A jester whose style is no joke.

As Styles’ musical profile grew, so too did his fashion taste. Bigger, brighter and bolder outfits abounded on his tour, with glitter, frills and plenty of attitude accompanying Styles’ new brand of music.

2018 was also the year that gave us Style’s new career move as a style ambassador for Gucci —  with resulting pictures that gave everyone in the office style envy (yes, even the dressing gown).

And we’re up to present day — Styles solidified his fashion status back in May, as he was asked to be co-chair of the 2019 Met Gala. The theme? Camp.

Given Styles’ previous forays into glittery suits and Marie Antoinette-esque collars and frills, I was just a little bit disappointed with his outfit for the event. A pearl earring isn’t going to cut it here Harry – we want a ridiculous printed suit.

But his very recent tour shoot somewhat makes up for our style disappointment earlier this year — as Styles presents his Love on Tour 2020 look.

The flares. The boots. The suspenders. The pink shirt. I would wear this outfit in a heartbeat. Harry, if you ever want to swap wardrobes some time, give me a shout.

Read more: Met Gala 2019: All our fashion highlights from the pink carpet

Read more: Why the Timothée Chalamet and Harry Styles interview is so important