“I’m dressed like I’m going to visit a National Trust property, not a pop concert…” 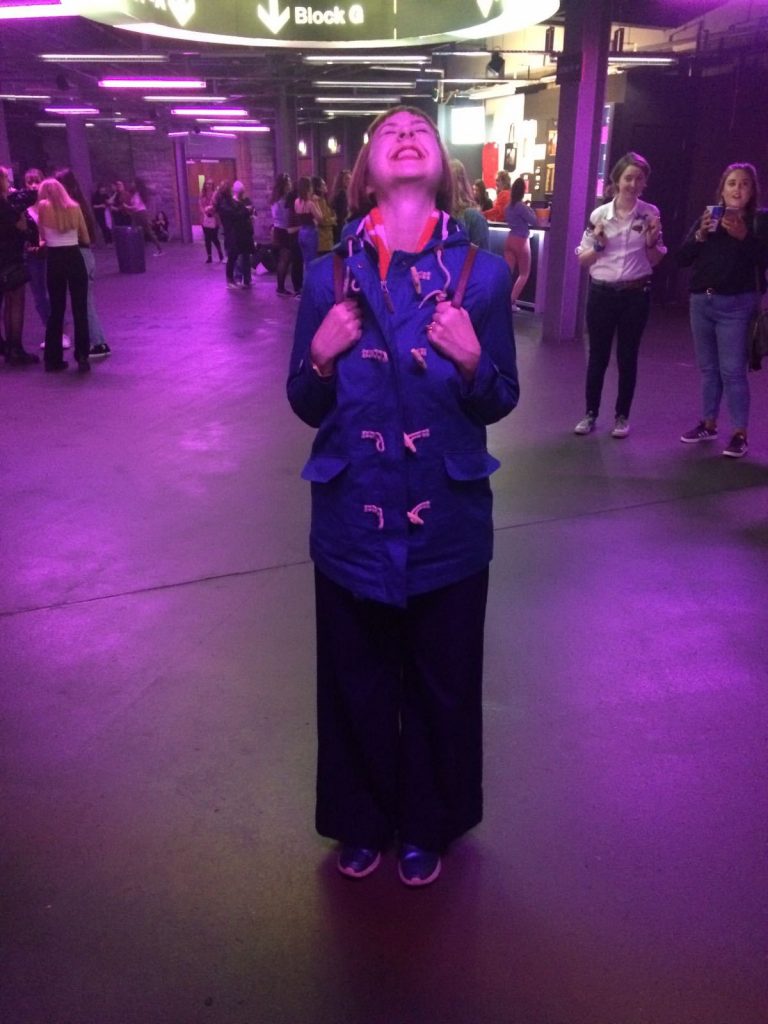 When you’d arranged to visit a local art exhibition with your boyfriend’s mum straight after work and a colleague offers you her spare Harry Styles ticket. Sorry Phyllis, but we can look at paintings any time. Resting my eyes on the masterpiece that is Mr Styles, however, doesn’t come around every day. Long had I resisted the charms of one fifth of One Direction. Which is A Very Good Thing, since, at the age of 42 I’m old enough to be Styles’ mother and was in my first year at university when he was born. Creepy, eh? I had long been there, bought the New Kids on the Block T-shirt, and settled into middle age with age-appropriate comments like, “modern music all sounds the same, it was much better in my day…”

These days I cling wistfully to my yoof by listening to Nirvana, Pavement, Suede, Pulp and anything involving Damon Albarn (on my iPod, no less – yes, another age-revealing throwback) and reading nineties music memoirs (currently Brett Anderson’s autobiography: excellent). I don’t know my Ariana Grande from my Latte Grande and have avoided anything touched by Simon Cowell’s clammy hands since he first launched his self-administered wedgie jeans on an unsuspecting televisual public. So there I was, minding my own business, watching The Graham Norton Show one Friday night last summer and this Styles wan starts singing Sign of the Times. Ignoring the god-awful “wind” sound effect during the intro, his performance was so, so good that even my boyfriend choked on his popcorn. (A slight exaggeration, but I did notice that he put down Fantasy Football for the duration, which is some feat in itself). On this fateful night it was quite clear that young Harry had a good set of pipes and had actual X Factor than merely being a runner-up on it. And that I fancied him. Oh, dear reader, how I fancied him!

Man, woman, animal, vegetable, mineral, it seems that few of us are immune to the tousled 24-year-old’s megawatt charms. I Spotified his album and noticed that while he had yet to find his own groove, it wasn’t at all bad and at least none of the songs inspired a boyband dance routine or chest-thumping stool-perching. That he sounds better live than on record – and, yeah, looks way hotter while singing than in any photograph – was the deal-breaker.

All said I couldn’t bring myself to part with the €50+ ticket price to see him at Dublin’s 3Arena when his tour was announced last year. That’s a lot of money to see, essentially, one song that I fell in love with on Graham Norton and sure, I’m too old anyway and promptly bought tickets to see artists of my own era: Nick Cave, Gorillaz and, er… *whispers* A-ha down in Cork.

And so April 16 came and went and I’d arranged to go to an art exhibition after work with my boyfriend’s mum. Until I got The Call from a workmate en route, that is, about a spare Harry Styles ticket up for grabs thanks to an ill-fated cousin interred in Galway for her exams. Sod it, I said. I’m gonna take my OPW chic of rainproof anorak and bulging backpack to the 3arena and I’m gonna be one of the oldest women in the room and I’m gonna OWN THIS. 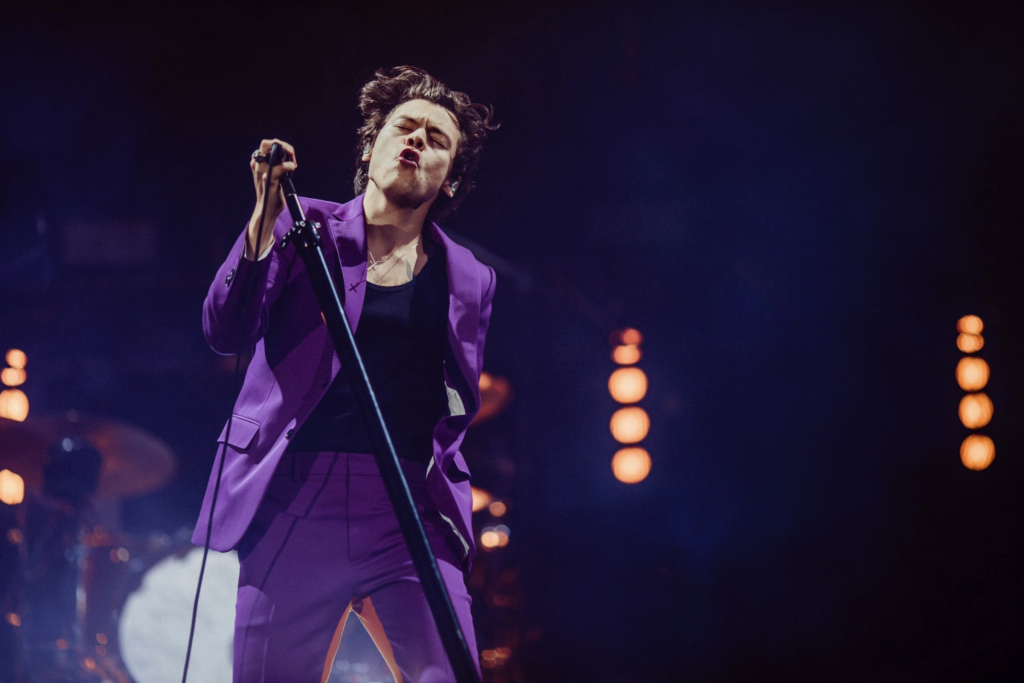 The pros of being a “mature” fan at a girl-dominated concert is that there are no bar queues nor tall men that inevitably obscure my views of the stage. The cons? The unspoken dress code; the uniform of bleached denim, cropped tops, livid fake tan, trowels of makeup, drag eyelashes and sequin bikini tops. To use a well-used, blue-rinsed phrase, back in my day there were subcultures whose “looks” were defined by their music tastes. I oscillated between grungekid and Britpop gamine, with my Doc Martens, stripy tights, charity shop mohair, mustard cords and tight Blur, Elastica and Radiohead Ts. These subcultures had crossover – and critically – pop appeal, which meant that we all wore our favourite bands on our sleeves, literally, in endless, multifaceted ways. In contrast, thanks to the globally-homogenising effect of the internet, last night’s audience was cut from the same cloth in every sense. It seems curious to me that the star of the show that dresses so unfashionably, so unzeitgeisty – flares, velvet suits, vintage prints – couldn’t inspire a tangible level of sartorial creativity in his fans.

More dispiriting was that even the undeniable charisma of Harry Styles couldn’t stop his young disciples from getting distracted by their phones. Before he even took the stage, they were held aloft, ready to record snippet after snippet to post immediately on Snapchat, Instagram, Facebook, Twitter and other platforms that an old fart like me would have never heard of. God forbid anyone lives in the moment or even hangs on every word or inflection. And then, of course the torrent of selfies, the pantomime of showing the world that you’re having a ball while being quite utterly removed from it.

But! As a woman on the brink of a midlife crisis drinking pints in a hooded raincoat in the middle of the 3arena surrounded by girls giddy on fizzy drinks, who am I to judge, really? That these young women have a safe space to squeal, shout and unleash their rampant oestrogen is something to be celebrated, always. Whether it’s an ecstatic Beatles fan crying in a dance hall or a Harry Styles enthusiast squealing at the way he says the word “Kildare” – or me shouting “I love you Donniiiiiieeeee!” at NKOTB at the Birmingham NEC circa 1990 – long may young women (and some not so young…) continue to have an outlet for their raging hormones.

Oh, and did I tell you that Styles wore a pinstripe jumpsuit? Hurray! Someone in the room that was worst dressed than me!