When it comes to fashion, we know the effect a successful ad campaign can have on a brand. But advertising watchdogs are becoming increasingly aware of the messaging behind certain ads and how this will be perceived by their consumers – particularly when these are young women.

To that end, UK fashion company Boohoo has been told one of its emailed advertisements must not use the phrase “send nudes.”

The company put the phrase in a message sent via email to promote a range of clothes coloured to resemble skin.

According to multiple reports, the Advertising Standard Authority (ASA) stated that the advert was “socially irresponsible” and in breach of advertising codes on social responsibility towards children.

The ad, which was sent via email to customers who had signed up to receive news and offers from the brand, featured a model dressed in a white dress and beige blazer, and a call out to the label’s 50% off sale. Over the image was the tagline, “Send nudes. Set the tone with new season hues.”

A form of sexual harassment

According to the BBC, in their ruling, the authority stated that since the term has historically been a form of sexual harassment which has often affected young people part of the decision came down to the fact that “Boohoo’s target market was aged 16 to 24.”

“Increased pressure to share such photos had been linked to negative outcomes for young people.” 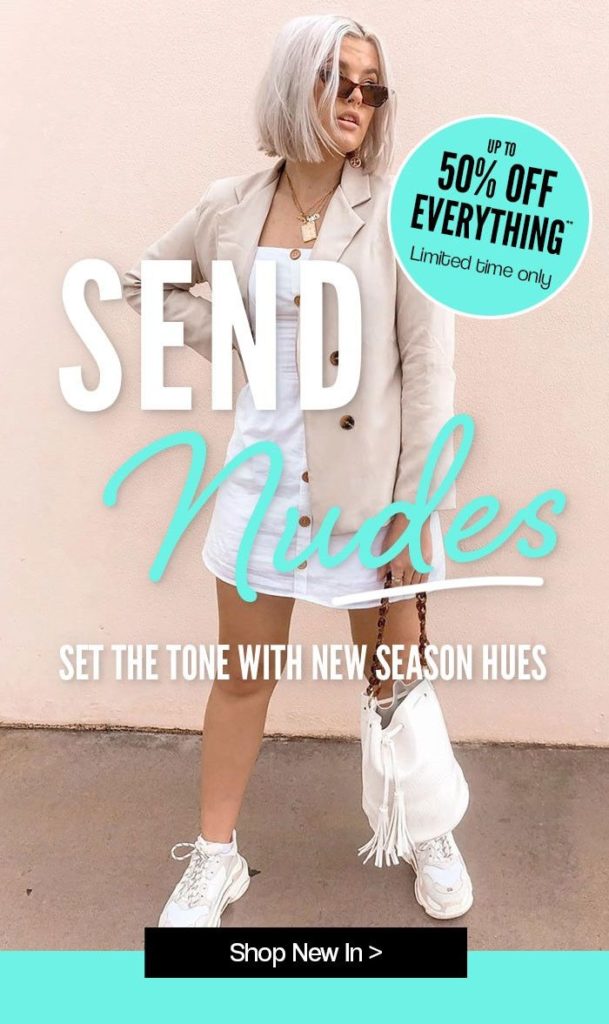 The ASA acknowledged that those who signed up to the email notification service with Boohoo had to declare that they were over 18, but also stated that “online age was often misreported, and we had not been provided with details of any further steps Boohoo had taken to reduce the likelihood of under-18s being targeted with the ad.”

In response, the company said they recognised their obligations under the ruling of the ASA, but also added that their reference of the term had been intended to link to a fashion trend.

“The reference to ‘nudes’ in this particular email related to the nude fashion trend, which was apparent from the body of email which contained a photo of a model wearing a beige jacket with the words ‘Send Nudes.”